For his latest vintage CPU/MCU mashup, Maker Dave Cheney recently decided to replace an Arduino Mega board with a bare megaAVR microcontroller to create a two chip solution — just the Atmel and the 6502, no glue logic or external support chips. 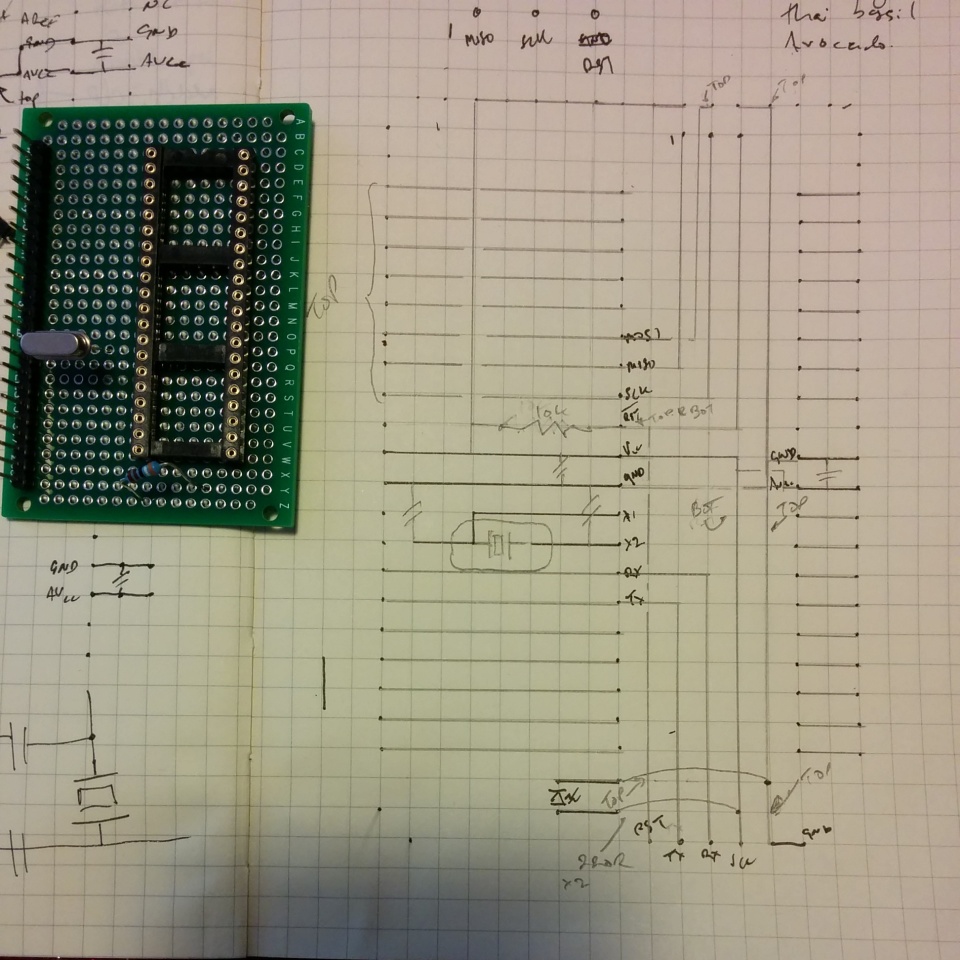 “While toying around with the project, [Cheney] found the microcontroller he was using, the ATMega1284P, was actually pretty cool. It has eight times the RAM as the ever-popular 328P, and twice as much RAM as the ATMega2560P found in the Arduino Mega,” Hackaday’s Brian Benchoff writes.

The minimal design was laid out in Fritzing along with a crystal, load capacitors, an ISP connector, and pins for a serial connector. “The trickiest piece was fitting the crystal and load capacitors into the design without disrupting to many of the other traces. It worked out well so I decided to add ICSP and FTDI headers,” Cheney notes. 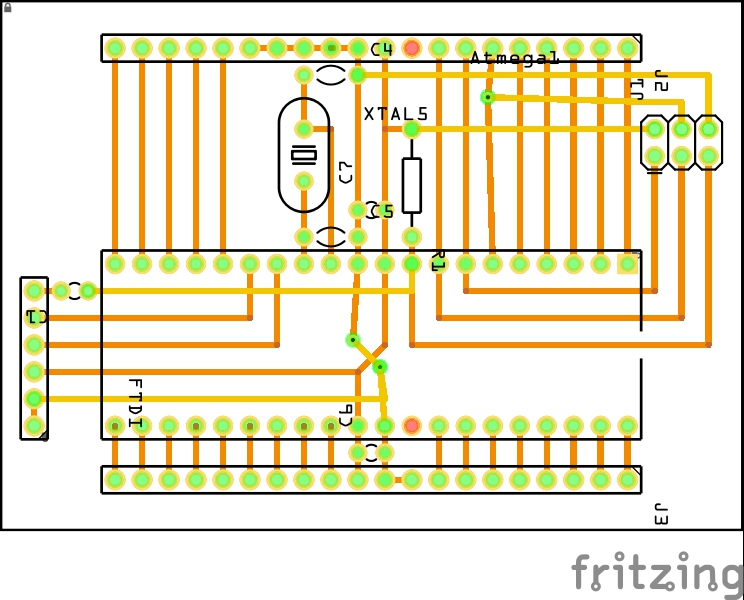 Since the ATmega1284P MCUs that he ordered were unprogrammed, all the bootloading was done through Manicbug’s Mighty1284 Arduino Support Package. Though the package only supported Arduino 1.0, the Maker still had a nifty little prototyping board on hand.

“I’m smitten with the ‘1284P. It feels like the right compromise between the pin starved ‘328 and the unfriendly ‘2540 series. The 1284P supports more SRAM than either of its counterparts and ships in a package large enough that you get a full 24 pins of I/O.” 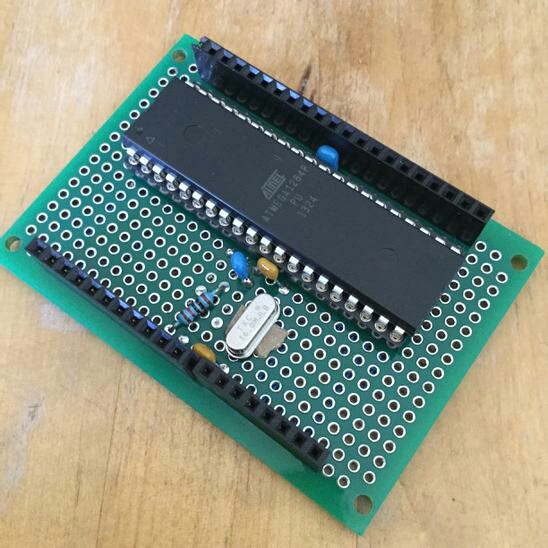 Interested in learning more about Cheney’s build? You can get a detailed breakdown of the prototyping board here.