As previously covered on Bits & Pieces, UK-based Maker Philip Case (referred to many as “Cap”) has set his sights on a project that will make the lives of many living with a disability easier. Cap, who is confined to a wheelchair due to an unfortunate accident, has been diligently working to further develop his incredibly innovative, all-purpose e-wheelchair.

The e-wheelchair enables chair movement to be controlled solely by a user’s brainwaves. While some wheelchairs already exist with this technology, they are very expensive. In true Maker fashion, Cap is seeking to create an Atmel AVR based chair that is both affordable and easy to use for all who would require its services.

In order to bring this idea to fruition, Cap’s DIY system employed an Arduino Uno R3 (ATmega328), an Arduino Yún (ATmega32U4) as well as a series of breakout boards. The Arduino boards interpret the brainwaves into directional movements for the chair. 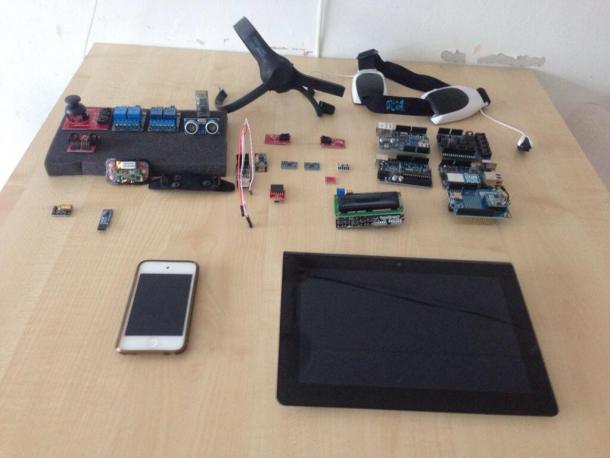 For the control system, Cap has implemented the Neurosky Mindwave Mobile and a Mindflex EEG. So far, Cap has been able to control forward and reverse on his chair with these tools. Though, in a recent update, steering has been changed to blink detection rather than laser, using ultrasound for a safety stop in forward and reverse — one affixed to each footrest and another behind the chair.

Cap considers the design’s built-in safety and communication system an integral feature. The Maker decided to include an automatic stop functionality in order to prevent the chair from accidentally running into and hitting innocent bystanders. To accomplish this, the set of embedded sensors will stop the wheelchair at a preconfigured distance. In other words, if the chair comes in close proximity to any object or person, the chair will put the potentiometer to 0.

“Due to the over 200-pounds in weight travelling at any speed… The chair in motion can be very heavy and a dangerous machine, this system will work similar to the cars with cruise control that slow down when a car is nearing its sensors,” says Cap.

Furthermore, the communication system is easily stacked onto the Arduino board. In the event any problem arises, this will allow the device to alert a third party through its Internet connection. It can also be used to transmit location with built-in GPS.

The Maker is also implementing Cooking Hacks’ e-Health system to monitor vital body parameters, like ECG or blood glucose levels. With his aspirations to provide independence to users, he is exploring the idea of connecting a mobile device to the e-wheelchair using both Bluetooth and USB.

In addition, the e-wheelchair is utilizing Vuzix M100 smart glasses to enhance the user experience.

“The Vuzix M100 will enable the wearer to essentially have all the functionality of a smart phone and more, in the form of glasses. Controlled by voice and gesture, the Vuzix M100 are already being championed as game-changing when it comes to productivity in industry… The M100 is a standalone device as well as being compatible with Android and IOS and can be worn over your eye (optical head-mounted display) or incorporated into safety goggles and I understand, prescription glasses also,” Cap writes.

Lastly, the Maker has debuted an add-on kit, which increases the portability while reducing the cost of the project. This includes vital sign monitoring, GPS, virtual coaching applications, a kill switch along with some perimeter and proximity sensors. To stay up to date on Cap’s build, you can follow along on the Cooking Hacks blog here.

Cooking Hacks, the open hardware division of Libelium, has launched two new sensor platforms that automate control and maintenance tasks in aquariums and in gardens through wireless connectivity and using open-source APIs. Designed for Makers, the new IoT solutions are based on Arduino, and include specialized sensors to measure parameters vital to aquatic life in ponds and fish tanks, or for indoor and outdoor gardening. 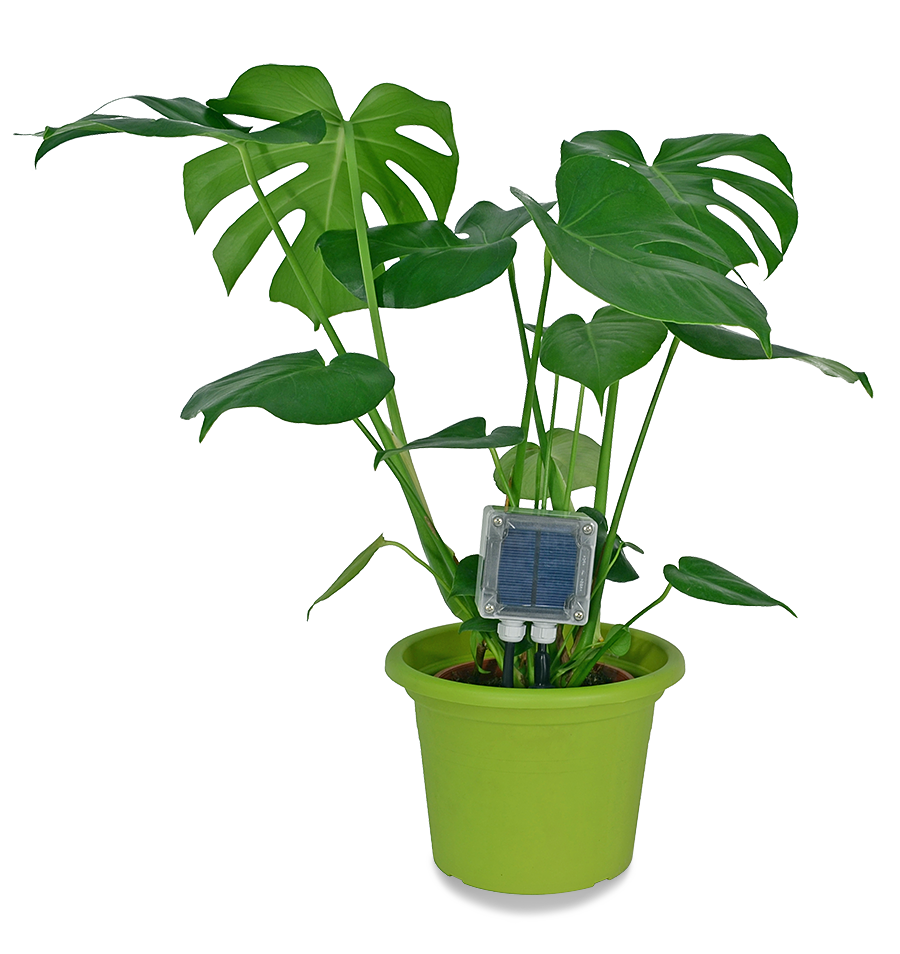 Powered by an ATtiny84 microcontroller (MCU), the Arduino Uno-compatible Open Garden platform consists of three separate kits equipped with sensors to maintain healthy growth, despite whether plants are located indoors, outside or in water. A suite of sensors, ranging from humidity and temperature to light and soil moisture, monitor plants for optimal care wherever they are situated. The platform’s actuators can control irrigation, as well as activate lights and oxygen pumps. A hydroponics kit is also available, which includes both pH and conductivity probes. 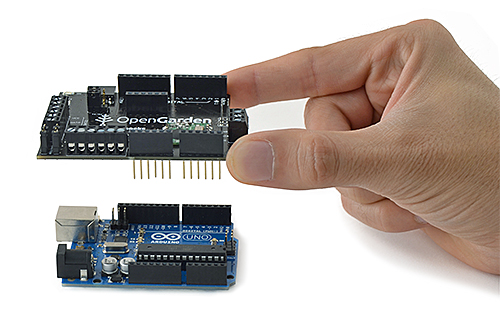 Open Aquarium has been designed to help Makers care for their fish by automating the control and maintenance tasks that are typically required in tanks and ponds. This newly-unveiled platform monitors water factors such as temperature, pH and conductivity. In addition, the fully Arduino-compatible system has the ability to measure water levels and leakage, as well as deploy actuators that can feed the fish, regulate water heating / cooling, activate pumps to change water or administer medicine, and control light intensity to simulate day and night cycles. The sensors send information using wireless interfaces such as Wi-Fi, GPRS and 3G. 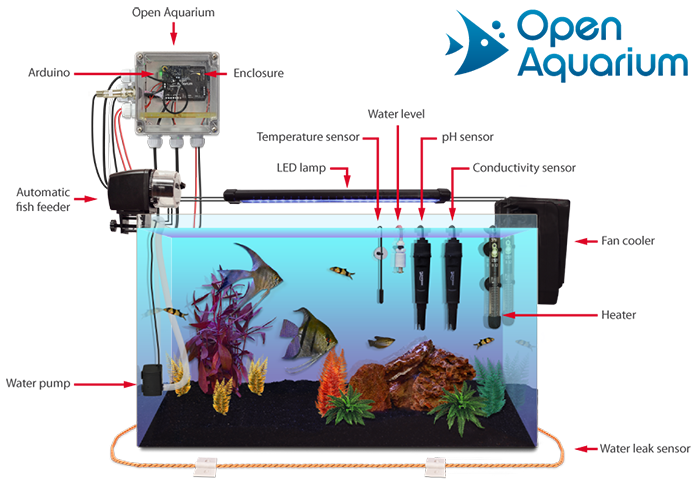 Each product comes with a complete open source API to easily control the board through an ATmega328 based Arduino, as well as a web application that allows users to easily access and visualize relevant information from a browser or iPhone/Android device.

Interested in learning more? You can check out the official Open Garden page here. Readers may also want to browse through some of our previous articles on open source agriculture, including “Vertical Farming with Arduino,” “The Internet of Things, Stalk by Stalk,” “Smart Urban Aquaponics in West Oakland,” “DIY Farming with Atmel and Arduino,” “Open Source Aquaponics with APDuino,” “Agricultural Monitoring with Atmel AVR ,” “Arduino-Based Farming in Maine” and “Building a DIY Moisture Monitor.”

There is no feeling that rivals the hopelessness you possess when returning to where your car was parked and it is nowhere to be found. The crew over at Cooking Hacks has developed their own tracking device to prevent this dire situation from ever happening again using an Arduino Uno (ATmega328). 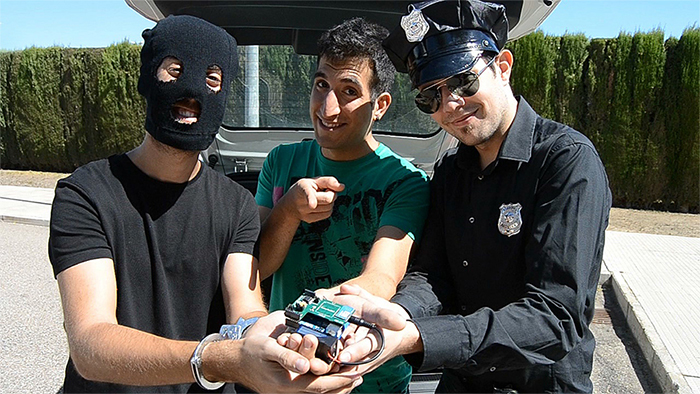 Using a cleverly concealed Arduino, a GPRS+GPS SIM908 Quadband Module and a GPS antenna, the team has devised a way to track a vehicle in real-time, no matter who is in the driver’s seat. Quite similar to the Atmel based bicycle lock recently featured on Bits & Pieces, the device’s GPS communication capabilities will transmit coordinates to a paired smartphone whenever a theft occurs.

“It’s very simple: a GPS module to get position data and the 3G module that sends the HTTP request with the coordinates of the car. It starts to send the HTTP request every few seconds with data of the position,” the Cooking Hacks team explains.

“First of all you have to call the police of course, but you can help them a lot. If your car is not parked where do you think, something is wrong… Call immediately to your Arduino, hidden in your car, and it will send you an SMS with the location, longitude and latitude at the moment, and it also sends GPS data to a web server with the real-time position (Google Maps).”

The GPS+GPRS shield is programmed to only recognize the user’s number and only will relay the whereabouts when correct. Along with their communication program, the team suggests various spaces within a car to hide this tracker from potential thieves — these include the trunk, glove compartment or even spare tire area.

Writing for MAKE Magazine, Cabe Atwell notes that the device is powered by a 9V alkaline battery, making it quite small yet not small enough to plant on someone’s body undetected. “But, perhaps you are aware – keeping track of the kids for example. The device is great for those living in high-crime areas where vehicle theft is rampant as well as keeping tabs on your significant other. Jealous boyfriends are already placing orders…”

If you are worried about your own car’s security or simply want to bolster your ride’s protection, head over to Cooking Hacks for a step-by-step tutorial.