Have you ever thought of controlling your own legion of robots with nothing but your mind? Chip Audette has made that fantasy a reality. 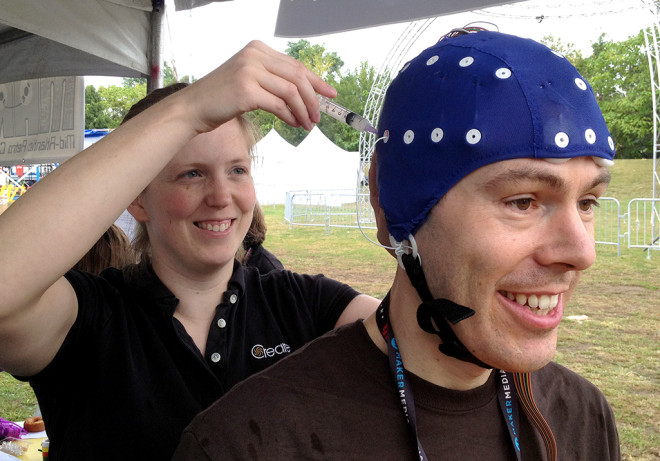 Using OpenBCI, a low-cost programmable open-source EEG platform that gives Makers easy access to their brainwaves, Audette has been able to use just his mind to control a Hexbug Spider.

When he closes his eyes, the robot moves forward; when he focuses on specific flashing images, the robot to turn left or right. Generally, there are two images on a computer screen, each flashing at a different frequency. As the Maker stares at one image, the brainwave reader can assess how quickly the image is flashing and therefore determine which direction to turn. As with many prototypical designs, there are some glitches, but the fact that Audette has created any sort of functionality for this low cost is impressive. The Maker used OpenBCI’s EEG electrodes and custom brain-signal-processing board, all connected to an Arduino Uno (ATmega328), which serves as the interface between the Hexbug and his computer.

“The PC processes the EEG data looking for the Alpha waves or the visually-entrained waves. If any are detected, it decides what commands to give the robot. The commands are conveyed back to the Arduino, which then drives the remote control, which the Hexbug receives over its usual IR link,” Audette noted in his blog. 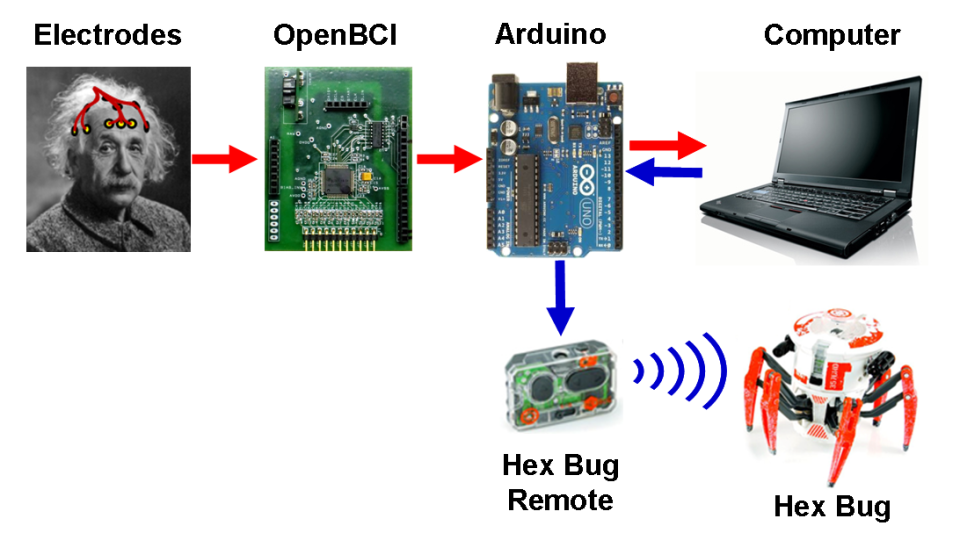 Though the current system is limited by the simplicity of its technology, the Maker says, “Ideally, I’d just think the word ‘Fire!’ and the robot would respond. Unfortunately, those kinds of brain waves are too hard to detect.”

As Wired’s Robert McMillan writes, scientific-grade electroencephalography (EEG) monitors can cost thousands of dollars, but thanks to devices such as the Emotiv, there’s been a mini-boom in low cost brain-hacking gear. OpenBCI wants to be the open-source player in this space. Their kit comes with its own mini-computer and sensors that you jack into a black helmet-like device, called “Spider Claw 3000,” that you make on a 3D printer.

“What we really want to do is just provide the hardware to let people being learning,” explains Conor Russomanno, one of OpenBCI’s creators.

Brain-computer interfacing remains a relatively new field of science that offers a wide range of potential uses. For instance, medical grade BCIs are often used to help individuals with damaged cognitive or sensory-motor functions, while more affordable BCIs are being designed to address various neurotherapy applications.

Though these accessible technologies like OpenBCI are more focused upon education, rather than world domination, there is no telling what the future holds! 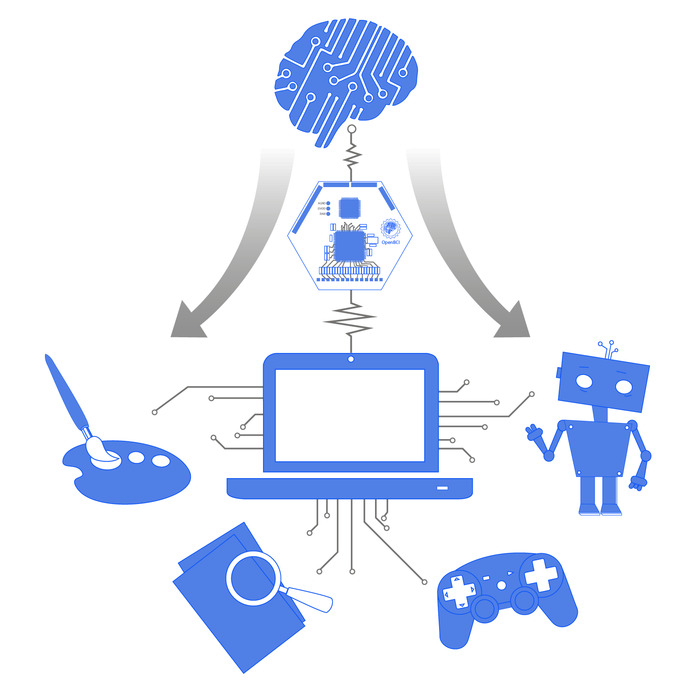 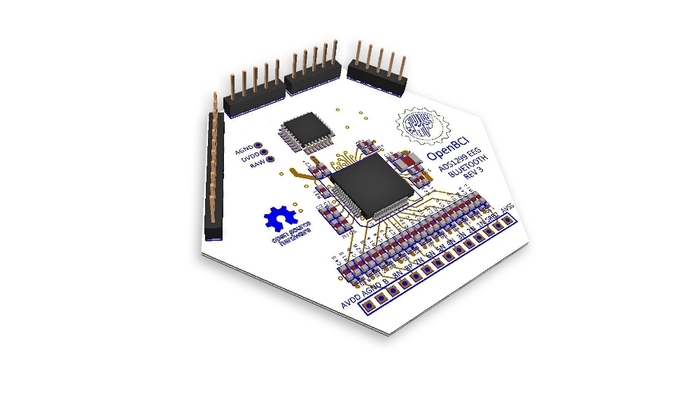 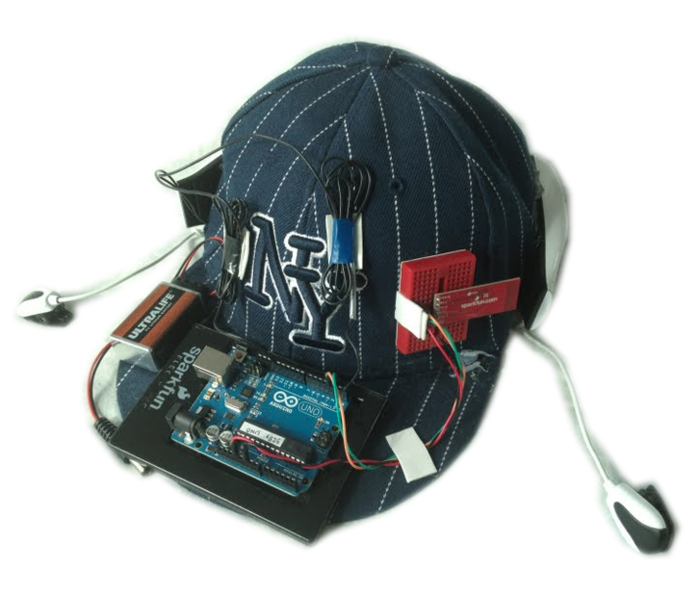 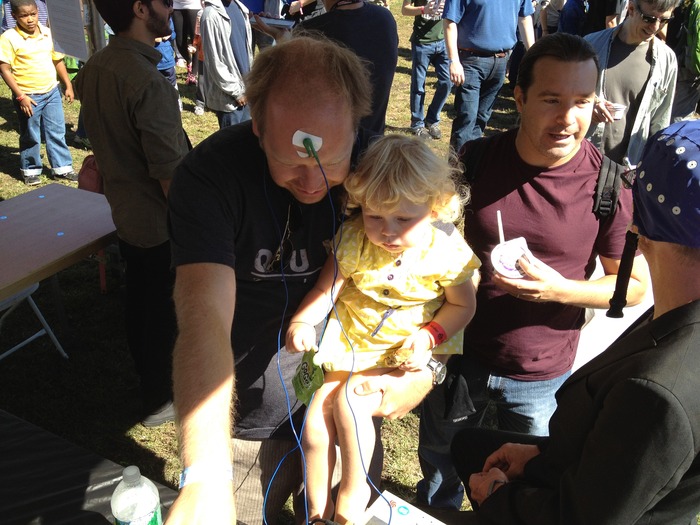 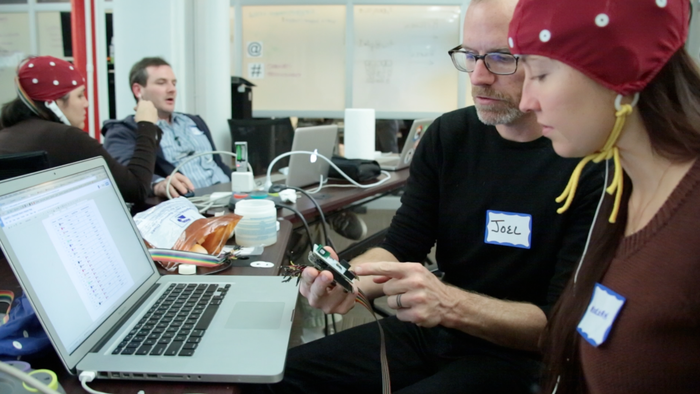 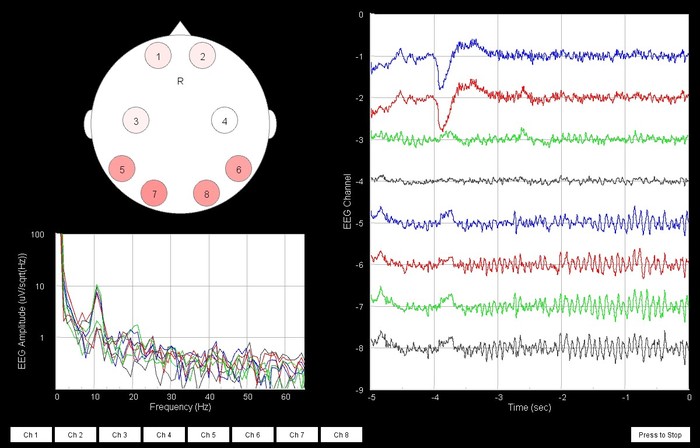