Connect this AVR-based board to a MIDI device and make your own NES-style chiptunes.

Chiptunes are a type of synthesized, electronic music produced by old-school video game consoles, which became ubiquitous throughout arcades and living rooms in the ‘80s. Originally, 8-bit tunes were primarily practiced by game soundtrack composers like Rob Hubbard; yet, it wasn’t before long that tools like Karsten Obarski’s Ultimate Soundtracker were introduced, making the creation of such sounds much easier and widespread. While it mostly remained an underground genre, chiptunes certainly had their moments of moderate popularity, influencing the development of electronic dance music for years to come. 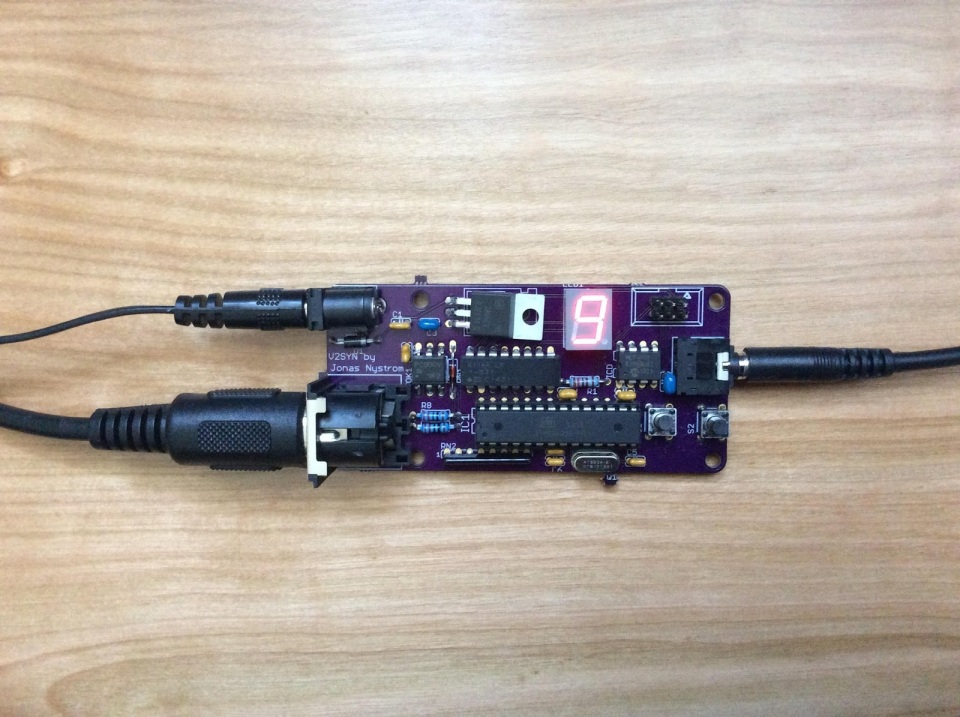 Who could forget the routine of pulling out your Mario Bros. cartridge, blowing into it, slipping it back in, and once successful, being welcomed by its catchy theme song? Well, those looking to spark up some nostalgia will surely get a kick out of the Arcano MIDI NES Chiptune Synthesizer, an AVR-based MIDI device that allows artists to make Nintendo-style chiptune music.

Each Arcano MIDI NES Chiptune Synthesizer is equipped with a 1/8” mono audio output jack, MIDI input through a standard DIN connector, a seven-segment LED waveform mode indicator, a simple two-button interface, and a preprogrammed ATmega328 for its brains. Beyond that, a six-pin AVR ISP header enables programmers to Flash the embedded MCU with their own custom software and create waveforms, envelopes, software low-frequency oscillators and PCM samples.

Unlike many other MCU-based synthesizers which use internal PWM peripherals to generate weak, scratchy audio signals, the Arcano MIDI NES Chiptune Synthesizer employs an auxiliary digital-to-analog converter chip to produce a clear, high-quality audio signal. The synth is capable of generating audio at an output rate of 44.1 KHz; however, for a more authentic chiptune sound, lower output rates are recommended.

“The hardware is capable of up to 8-bit quantization. A software bitcrusher is used to achieve the lower bit depths used in the NES. This bit-crushing effect is most evident in the Arcano NES Chiptune Synthensizer’s reproduction of the Nintendo Entertainment System’s 4-bit triangle wave channel, often used for bass lines and tom-tom drums,” its creators explain.

What’s more, the latest version of its software features additional white-noise-based percussion sounds, such as open and closed hi-hats, along with additional waveform modes that can emulate the detuned reverb effects characteristic of the music from the Mega Man series of NES games.

Ready to recreate some magical 8-bit music? Head over to the synthesizer’s Kickstarter page, where Arcano Systems successfully garnered well over its asking goal of $1,000. The first batch of units have already begun shipping.

Ah, chiptune music. For those young whippersnappers out there who may not recall the days of ’80s gaming and its coinciding 8-bit tunes, these iconic synthesized electronic sounds were produced by chips (hence the name) of vintage computers, video game consoles, and old-school arcade machines.

Designed by the Assorted Wires crew, Lo-Fi SES is a hackable 8-bit chiptunes device that has recently made its Kickstarter debut. Consider yourself warned, the open source instrument will spark up some NES nostalgia! 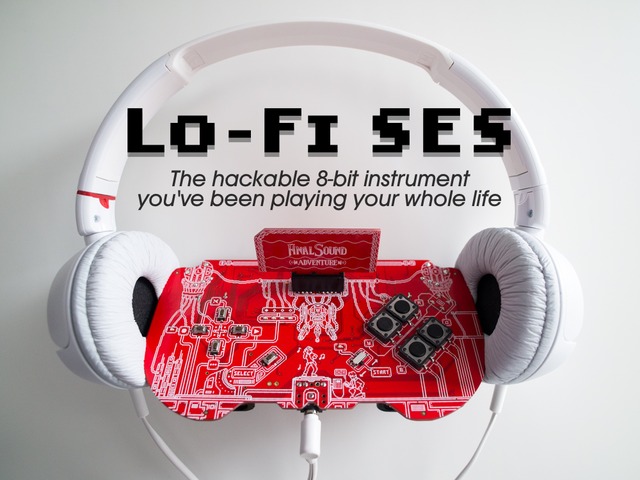 “The Lo-Fi SES is all fun with no practice. It may look like a game controller, but it’s actually a music controller. You might’ve never learned to play piano or guitar, but I’ll bet you rocked at more than a few video games. Lo-Fi SES lets you turn those hard fought skills into musical magic,” a company rep writes.

Based on an Atmel AVR MCU, the Lo-Fi SES replicates the shape of a good ol’ SNES controller, whose buttons are used to trigger samples, change tempo, as well as play, record and delete tracks. The controller, which is the heart of the Lo-Fi SES experience, comes equipped with a default playlist of onboard sounds including a lo-fi drum set. (Bring back attack sounds from those childhood video games!)

Built around the open-source Arduino platform, a user can also swap out those samples with actual sounds from an NES or other retro console — this includes remapping the buttons and configuring it to serve as an actual game controller. The team also notes that a user can upgrade their Lo-Fi SES experience with a three different cartridges to mod their “musical journey.”

The devices features a slot for these cartridges: Final Sound Adventure (introduce a series of different sounds), a Smasher Bros. (adjust the bass and dirty up the sound), and a USB link to hack (connect your Lo-Fi SES to your Mac, Linux, or Windows computer).

“If you like to tinker or you’re into [Atmel based] Arduinos, this [USB link to hack] is a must-have cartridge…There are infinite possibilities once connected: swap out the sounds with some wavs you designed, tweak the timing of things to match your style, upgrade the software, or make it control your favorite sequencer.”

If this is the hackable 8-bit instrument you’ve been waiting for, head on over to the project’s official Kickstarter page here. If the team is able to achieve its $5,000 pledge goal, assembly and shipping to early backers will begin this December.