This touch-responsive clock tells time with the shadows of your finger.

If you have trouble reading an analog clock, this neat little piece of wall decor may not be for you. That’s because Austrian design studio Breaded Escalope has developed a clock that uses shadows to reveal the time when a finger is placed within its face. 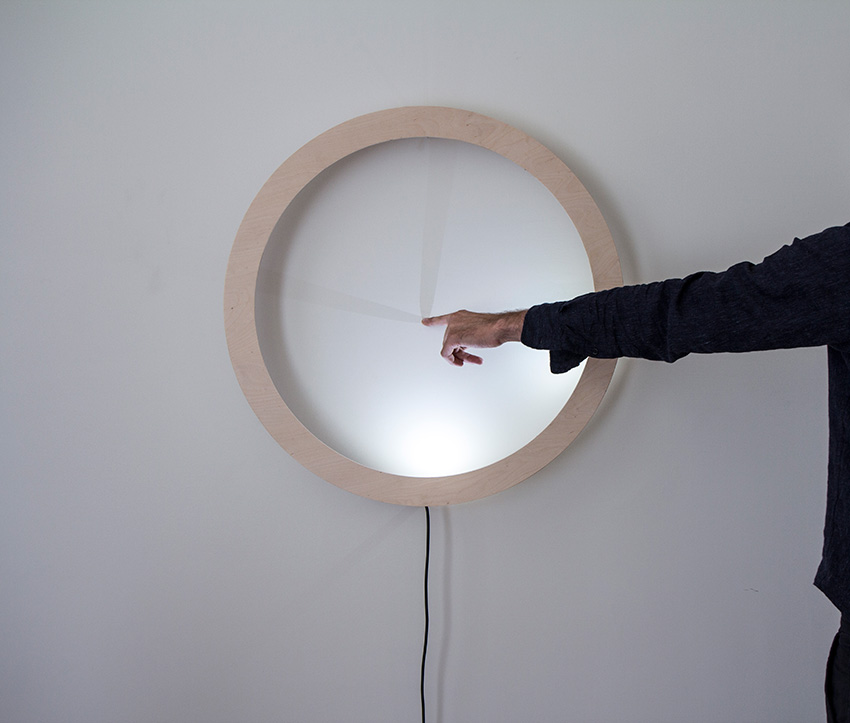 The aptly named Shadowplay Clock is mounted to a wall, and made up of a raised plywood ring with LEDs underneath that shine through. By placing their finger in the middle of the circle, a user activates a series of sensors that turn off all but three of the lights. These sensors are connected to an Arduino, which is responsible for relaying the signal. 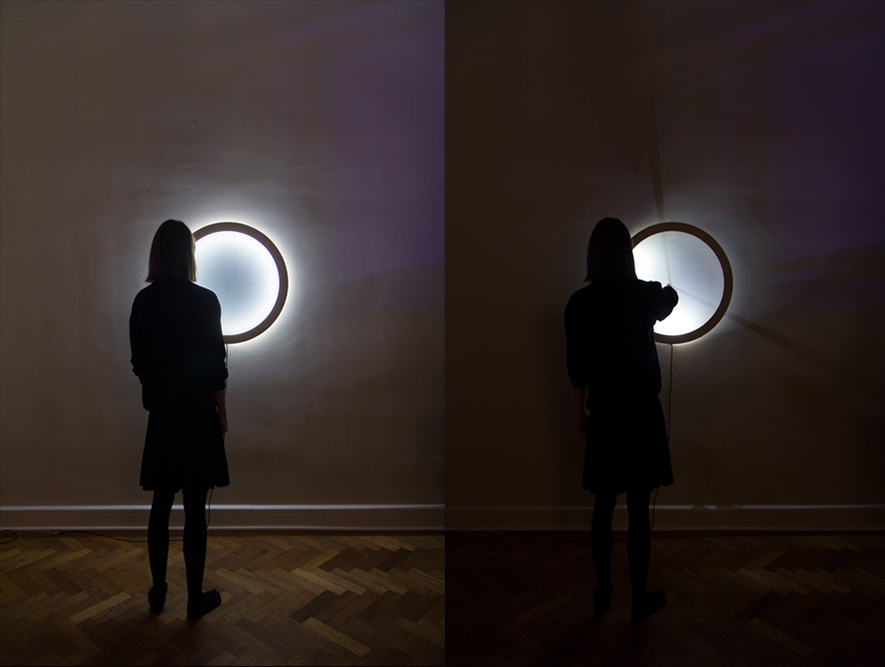 Each LED casts a shadow of the outstretched arm, similar to a sundial, in the directions that the clock hands would normally point to at any given time. The hour and minute shadows appear darker, while the seconds “hand” is represented by a much fainter silhouette.

Intrigued? See it in action below!