The ATtiny102/104 retain the AVR performance advantage — still a 12 MIPS core with 1KB Flash and 32B SRAM — and upgrade many of the features around it.

At this week’s Embedded World 2016, Atmel is heading back to 8-bit old school with their news, straight to the low pin count end of their MCU portfolio with a significant upgrade to the tinyAVR family.

According to Atmel’s briefing package, development of the ATtiny102 and ATtiny104 has been in progress for some time. We got a peek at the company’s roadmap for AVR where these are labeled “next generation tinyAVRs,” and all we can say is this is the beginning of a significant refresh — alas, we can’t share those details, but we can now look at these two new parts.

What jumps out immediately is how the AVR refresh fills a significant gap in Atmel’s capability. The existing tinyAVR family is anchored by the ATtiny10, a capable 8-bit AVR core running at up to 12 MIPS with 0.5 or 1KB Flash and 32B of SRAM. The pluses of extended availability are obvious at the beginning of the lifecycle, but by the midpoint of a long run, the technology can start to seem dated.

That is certainly the case for the ATtiny10 introduced in April 2009. At that time, the ATtiny10 was a shot straight at the Microchip PIC10F, with much higher CPU performance and a competitive 6-pin SOT and 8-pin DFN package offering. Outside of the CPU itself, the ATtiny10 and PIC10F line up pretty closely except for two areas: self-programming, and the accuracy of on-chip oscillators and voltage references. ATtiny10 parts require pre-programming from Atmel or a distributor, and its rather wide accuracy specs need help from product calibration and external componentry – however, cost and code compatibility still have a lot of sway, and the popularity of the ATtiny10 was unshaken.

The ATtiny102/104 retain the AVR performance advantage — still a 12 MIPS core with 1KB Flash and 32B SRAM — and upgrade many of the features around it. First and most noticeable is a packaging improvement. The ATtiny102 comes in an 8-pin SOIC (with the 8-pin DFN option still available). For a generation of applications needing more I/O in a low-cost part, the ATtiny104 comes in a pin-compatible 14-pin SOIC with 6 extra I/O pins.

Self-programming of Flash has been added to both versions, and with the same core footprint a single production image for both parts is achievable. Fast start-up time is available as an option as well. The internal voltage references are now highly accurate, with calibrated 1.1V, 2.2V, and 4.3V taps at +/- 3%. Internal oscillator accuracy is now +/- 2% over a 0 to 50 degrees C temperature range at fixed voltage. Those changes prompted expanding successive approximation ADC resolution to 10-bit, and channels are doubled to eight. Two of the I/O pins can now be configured for a USART, adding serial communications capability. A new 10-byte Unique ID provides a serial number.

Those features translate to customer satisfaction with intelligent devices using the ATtiny102 and ATtiny104. The more accurate internal oscillator improves the precision of motor control in personal care devices such as toothbrushes and electric shavers. The calibrated voltage references enable applications where rechargeable battery management is a primary function, for example in the d.light family of portable solar-powered lighting.

For more information on the ATtiny102 and ATtiny104 MCUs, you can check out Atmel’s recent post here.

This announcement, and what I think will follow from Atmel later this year, reaffirms just how important 8-bit is for the future at Atmel. The AVR architecture is beloved because of its simplicity and ubiquity with over 7B cores now shipped. The advances in the ATtiny102 and ATtiny104 are aimed at reducing BOM and manufacturing costs and enabling further innovation in intelligent consumer devices.

The “thing” of IoT does not have to necessarily be tiny.

The Atmel | SMART SAM W25 is, in fact, a module — a “SmartConnect Module.” As far as I am concerned, I like SmartConnect designation and I think it could be used to describe any IoT edge device. The device is “smart” as it includes a processing unit, which in this case is an ARM Cortex-M0-based SAMD21G, and “connect” reminds the Internet part of the IoT definition. Meanwhile, the ATWINC1500 SoC supports Wi-Fi 802.11 b/g/n allowing seamless connection to the cloud.

What should we expect from an IoT edge device? It should be characterized by both low cost and power! This IoT system is probably implemented multiple times, either in a factory (industrial) or in a house (home automation), and the cost should be as low as possible to enable large dissemination. I don’t know the SAMD21G ASP, but I notice that it’s based on the smallest MCU core of the ARM Cortex-M family, so the cost should be minimal (my guess). Atmel claims the W25 module to be “fully-integrated single-source MCU + IEEE 802.11 b/g/n Wi-Fi solution providing battery powered endpoints lasting years”… sounds like ultra low-power, doesn’t it?

The “thing” of IoT does not necessarily have to be tiny. We can see in the above example that interconnected things within the industrial world can be as large as these wind turbines (courtesy of GE). To maximize efficiency in power generation and distribution, the company has connected these edge devices to the cloud where the software analytics allow wind farm operators to optimize the performance of the turbines, based on environmental conditions. According with GE, “Raising the turbines’ efficiency can increase the wind farm’s annual energy output by up to 5%, which translates in a 20% increase in profitability.” Wind turbines are good for the planet as they allow avoiding burning fossil energy. IoT devices implementation allows wind farm operators to increase their profitability and to build sustainable business. In the end, thanks to Industrial Internet of Thing (IIoT), we all benefit from less air pollution and more affordable power!

The ATWINC1500 is a low-power Systems-on-Chip (SoC) that brings Wi-Fi connectivity to any embedded design. In the example above, this SoC is part of a certified module, the ATSAMW25, for embedded designers seeking to integrate Wi-Fi into their system. If we look at the key features list:

We can notice that host interfaces allow direct connection to device I/Os and sensors through SPI, UART, I2C and ADC interfaces and can also operate completely host-less. A costly device is then removed from the BOM which can enable economic feasibility for an IoT, or IIoT edge device.

The low-power Wi-Fi certified module is currently employed in industrial systems supporting applications, such as transportation, aviation, healthcare, energy or lighting, as well as in IoT areas like home appliances and consumer electronics. For all these use cases, certification is a must-have feature, but low-cost and ultra-low power are the economic and technical enablers.

This post has been republished with permission from SemiWiki.com, where Eric Esteve is a principle blogger and one of the four founding members of the site. This blog first appeared on SemiWiki on November 15, 2015.

The Internet of Things (IoT) isn’t a single homogenous market but splits up into different segments with very different requirements. A lot of IoT markets are still in our future: next generation wearable medical devices, autonomous cars and more. One area where IoT has been going strong, long enough that it probably pre-dates the catchy buzzword IoT, is smart power meters.

I think that as various submarkets of the Internet of Things develop, we will see a lot of devices like this; SoCs that integrate everything that is required for a particular application, leaving the system company to customize the hardware, add their own software and so on. IoT will not be a market like mobile, with huge chips being done in the latest process generation. Many IoT designs will include analog, RF and sensors, all of which are best designed in older processes like 65nm or even 130nm.

The system volumes for many designs will be relatively low and so designing a specific chip for each application will be unattractive. Even in mobile where the volumes are much higher, only Apple and Samsung design their own application processors, as far as I know. Everyone else licenses one from Qualcomm, Mediatek or others… Even Apple gets the modem (radio) from Qualcomm. The aggregate volumes will end up being large (there will be a lot of things) so the prize goes to the semiconductor companies that do the best job of designing chips that match what the system companies require.

Interested in learning more? The data sheet for the part can be found here. (Warning: It’s 1,000 pages!)

This post has been republished with permission from SemiWiki.com, where Paul McLellan is a featured blogger. It first appeared there on August 13, 2014. 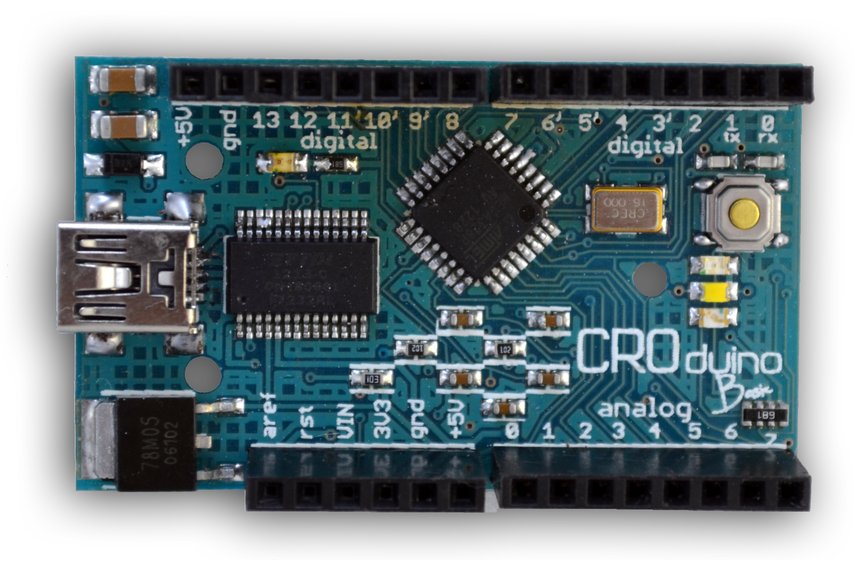