These DIY Wolverine claws will extend when you flex your muscles.

While we’ve seen plenty of X-cellent DIY Wolverine projects in the past, this recent project from Advancer Technologies founder and die-hard Maker Brian Kaminski has surely topped the list of clawesomeness. He simply flexes his arms — and snikt! — the claws extend in a matter of seconds.

This project was devised as a way to celebrate the successful launch of the team’s fourth-generation muscle sensor, the MyoWare. For those who may not be familiar with the campaign currently live on Kickstarter, the wearable sensor platform is used to measure a muscle’s electric potential. The harder a wearer flexes, the more motor units are recruited to generate greater muscle force. The greater the number of motor units, the more the muscle electrical activity increases. MyoWare then analyzes this electrical activity and outputs an analog signal that represents how hard the muscle is being flexed. The harder it is flexed, the higher the MyoWare output voltage will go — as demonstrated in the latest Wolverine project. 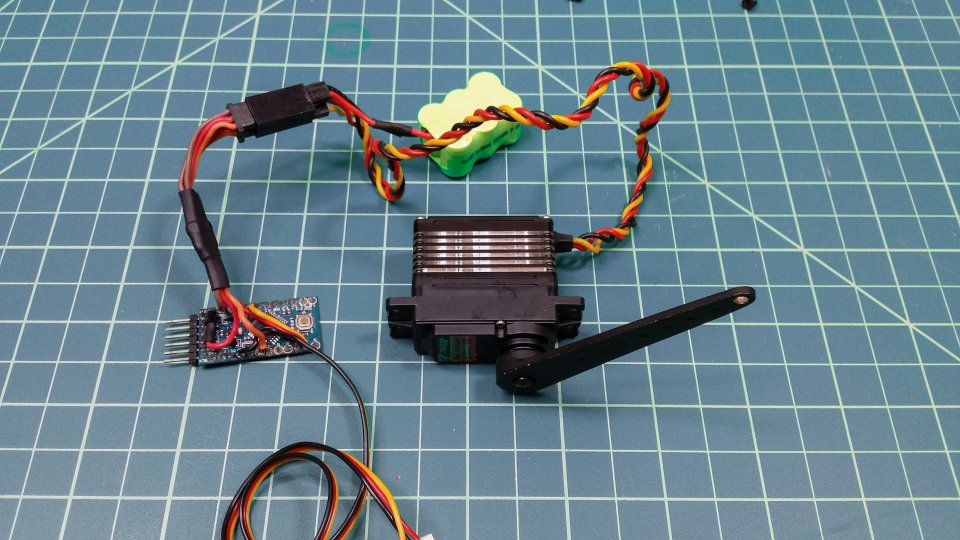 To bring this claw to life, Kaminski attaches a few sensors to his arm and proceeds to making a muscle. As this occurs, MyoWare detects the flexing via EMG and converts it into a digital signal. This information is transmitted to an Arduino Pro Mini (ATmega328) embedded within the claw tasked with controlling the mechanism. Meanwhile, the Arduino’s built-in 5V regulator is also used to power the MyoWare.

An added bonus to the already X-tremely cool build is that a majority of its parts were 3D-printed. Intrigued? We thought you might be. Fortunately, Advancer Technologies has provided a step-by-step breakdown of its build over on MAKE: Magazine. However, those looking to get started may have to wait until MyoWare begins shipping in July.