Are you a boss looking to inconspicuously monitor employees? A jealous boyfriend? A member of the paparazzi? Looking to channel your inner James Bond?

Whatever the case, you may be interested in a recent project from MAKE: Magazine’s Steve Hobley, who has devised a slick spy camera embedded inside a coffee cup using an Arduino Uno (ATmega328).

How it works is relatively simple. It was designed in such a way that when you lift the cup up to take a sip, it snaps a picture. If your cover is blown, simply rotate the cup to hide the camera.

Aside from an ATmega328 based Arduino, the build calls for a JPEG camera module, an SD card shield, a Memsic 2125 two-axis accelerometer, a few resistors and two indicator LEDs which can be seen through the plastic lid — one illuminates when the tilt switch is triggered, while the other flashes to indicate a photo has been taken.

“Now, I’m not going to lie to you, installing all this stuff inside an innocent looking coffee cup is … err… tricky, to say the least,” Hobley admits. However, those wishing to create a master spy cup of their own can get a more detailed look at the step-by-step build here, or simply watch the video below.

EZboard is an Atmel-based platform designed to facilitate home automation projects for Makers and developers. Powered by Atmel’s versatile ATmega328P microcontroller (MCU), the board is equipped with an onboard Ethernet controller, microSD card socket, temperature sensor and power relay.

“Everything on the EZboard has been designed to minimize power consumption. For this reason Atmel’s ATmega328P is configured to work a 3.3V and 8MHz of speed. While this [may] sound like a limit, we have verified that it is more than enough for home automation applications,” an EZboard rep explained in a recent Indiegogo post. 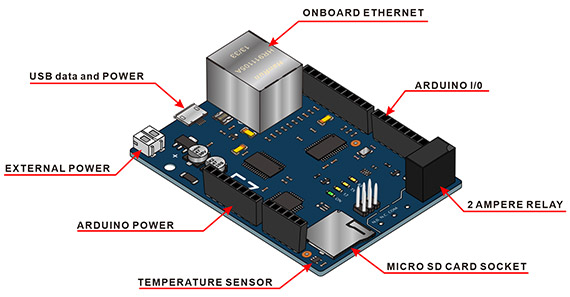 “The power source could be a microUSB adapter, but the EZboard was designed to receive power mostly by batteries. [Indeed], the EZboard has a dedicated input that uses 0.1″ pitch connectors like the common JST or even direct soldering of a battery pack to the board.”

Aside from Atmel’s ATmega328P MCU, key technical specs include:

On the software side, the EZcontrol.IT is optimized for the cloud-based Lelylan, a simple and open API designed for building a connected IoT home.

“[Lelylan allows] Makers to focus on the hardware and design process, while developers can create new apps for the web and mobile,” the rep added. 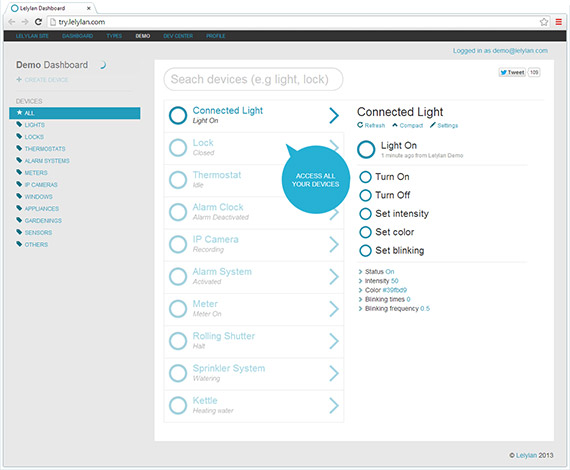 Interested in learning more about the Atmel-based EZcontrol.IT? You can check out the board’s official Indiegogo page here.

Before arriving on Deep Space Nine (DS9), Quark served as a cook aboard a Ferengi freighter for 8 long years. Obviously sick of the kitchen, the enterprising Ferengi decided to go into business for himself on the station by opening up an eponymously named bar which was soon famous for hosting all kinds of shady galactic deals.

Much to chagrin of hard-core Trekkies (present company included), the Star Trek universe, like Deep Space Nine and Captain Benjamin Sisko, is a work of fiction (or science fiction, to be precise).

Nevertheless, this Arduino-powered table, designed by Justin Trzeciak is real, even if it would look right at home in Quark’s bar on DS9.

Truthfully, I’m tempted to say it would make a fine Federation briefing table for Captain Kirk (at least in the hokey original series), but I’m sure some of you would vehemently disagree. So let’s stick to the facts.

“The poker table [has] RGB LEDs at each seat. They sit underneath white polycarbonate such that the light is diffused across the whole section. The LEDs are on a strip, but they are digitally addressable. That way, each of the 96 individual lamps can be controlled using only two output pins of a microcontroller,” Trzeciak explained in a brief project description recently posted on MakeZine.

“I used the Arduino UNO R3 (Atmel ATmega328) along with the Ethernet shield for this project. With the Ethernet shield, I was able to make a web app to control the table. I originally wired up some switches and potentiometers to control the lights, but the web app turned out to be far more intuitive. Also, I chose to do a web app over a mobile app or desktop application for its cross platform nature (the programming is executed on three different levels).”

Frankly, we think this table rocks pretty hard and yes, would gladly sit around it at Quark’s. Care to make a wager?