Nearly every kid had a kaleidoscope in their hands at some point during their childhood. The brilliant display was mesmerizing! Still today, the colorful churning designs are a delight to any onlooker’s eye. Jose Daniel Herrera has devised his own kaleidoscope, with a Maker twist of course, that can be displayed on any wall in your home. 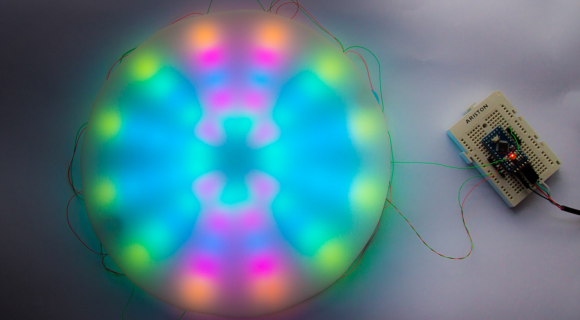 Herrera’s relatively simple design centers around a series of addressable LED strips. He cut down a string of 60 LEDs to sets of five and fixed them onto a circular piece of PVC, before planting a layer of diffusing Plexiglass over the top to achieve the desired appearance of the LEDs. 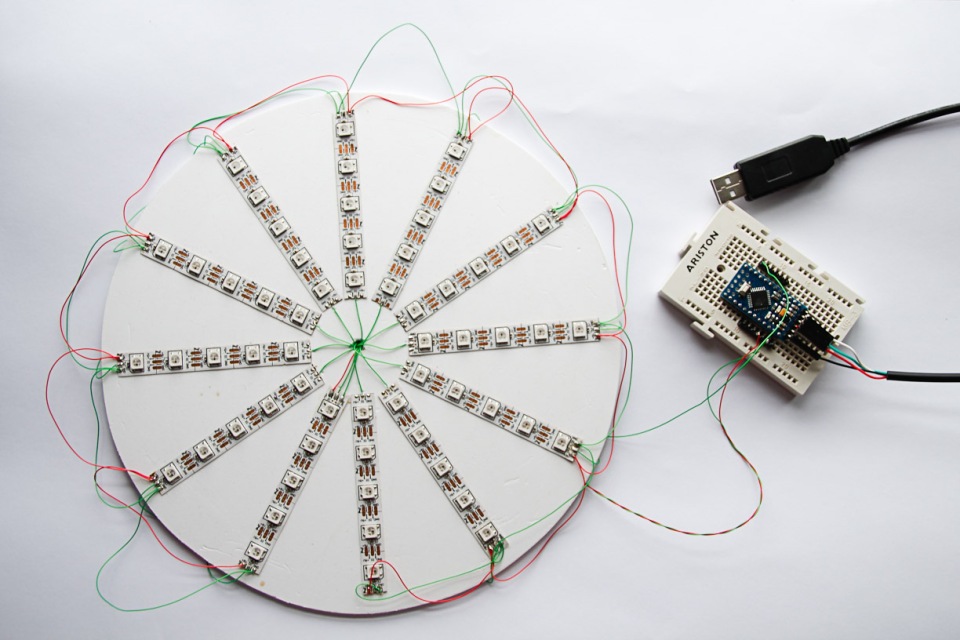 With the LEDs linked to an Arduino Nano (ATmega328), Herrera has the ability to install various lighting patterns to fit his needs. Whether it’s a frantic dance party or a calming nightlight for a baby’s room, any light arrangement is now possible. The code for this project can be found on the Maker’s blog here.

All in all, this is a fairly straightforward DIY project that can provide a nifty lift to any room in your house. The ease of assembly makes this an ideal endeavor for those just getting acquainted with Arduino and DIY builds.

For more sensational designs, you can always head over to our Bits & Pieces archives where you’ll find plenty of spectacular Arduino powered projects.