And just like that, the Adafruit Feather family continues to grow. The latest addition? The Feather M0 Basic Proto board. Unlike some of its siblings, Adafruit has swapped out the ATmega32U4 for an Atmel | SMART SAM D21.

At the Feather M0’s heart is an ATSAMD21G18 clocked at 48MHz at 3.3V logic — the same one used in the Arduino Zero. This MCU has a whopping 256K of FLASH (8 times more than the ATmega328 or ‘32U4) and 32K of RAM (16 time as much)! What’s more, it comes with native USB support so it has USB-to-Serial programming and debugging capability already built-in with no need for an FTDI-like chip.

As Adafruit notes, they’ve gone ahed and added a connector for a 3.7V LiPo and a 100mA battery charger. However, the Feather M0 will run just fine via microUSB and will automatically switch over to USB power when it’s available.

“We also tied the battery through a divider to an analog pin, so you can measure and monitor the battery voltage to detect when you need a recharge,” the team explains. 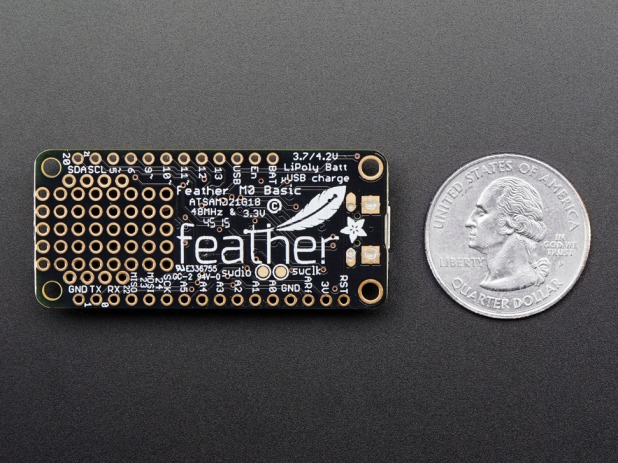 The Feather M0 Basic Proto boasts the same form factor as the rest of its family, measuring only 2.0″ x 0.9″ x 0.28” (without headers soldered) and weighing merely 4.6 grams. Beyond that, the Feather M0 has 20 GPIO pins with PWM outputs on each of them, six 12-bit analog inputs, one 10-bit DAC, four mounting holes, a power/enable pin and a reset button.

With a little extra on-board space remaining, Adafruit has provided you with a tiny prototyping area (hence its name). If you just need to attach a button or sensor, you may be able to skip out on a breadboard and wire it directly on there. 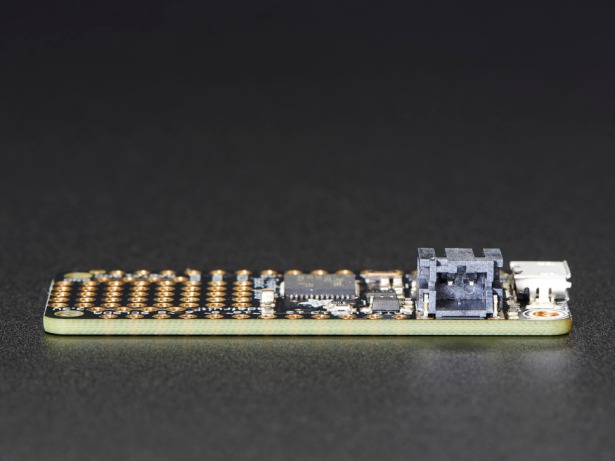 As always, the M0 Basic Proto comes fully assembled and tested, with a USB bootloader that enables you to easily use it with the Arduino IDE. Sound like the super lightweight, $20 board you’ve been looking for? Head over to its page here and let your ideas fly. Also, you can check out the entire Feather lineup here.