Surgeons at a New York hospital have credited 3D printing with helping to save the life of a two-week-old baby who required complicated heart surgery. 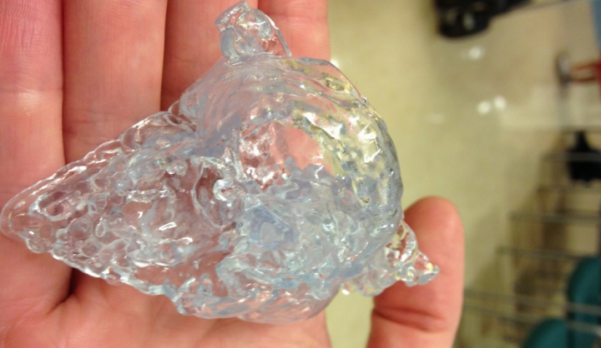 Using MRI scan data, surgeons at New York-Presbyterian Morgan Stanley Children’s Hospital were able to 3D print a replica of the child’s heart, which was riddled with holes and structural abnormalities. Cognizant of the fact that surgery was going to be both complicated and dangerous, the 3D-printed heart provided the team of surgeons with an opportunity to better analyze the organ, and develop a detailed approach to the surgical procedure. The doctors were then able to rehearse extremely intricate surgeries on the tiny heart model, which is less than a third of the size of an adult hand.

“The baby’s heart had holes, which are not uncommon with CHD, but the heart chambers were also in an unusual formation, rather like a maze,” Dr. Emile Bacha, who performed the surgery told media. “In the past we had to stop the heart and look inside to decide what to do. With this technique, it was like we had a road map to guide us. We were able to repair the baby’s heart with one operation.”

The project was funded by Connecticut-based Matthew’s Hearts of Hope, a nonprofit organization aspiring to raise awareness around Congenital Heart Defects.

This is yet another example of the integral role the Maker Movement is continuing to play throughout the medical space. Just the other day, Kentucky surgeon Erle Austin attributed 3D printing with significantly increasing the likelihood of succeeding in the most difficult surgeries.

Similar to the team at New York-Presbyterian Hospital, Austin had turned to 3D printing to inform his approach to heart surgery on a young child at Kosair Children’s Hospital.

“If I went in and did surgery, took off the front of the heart and did irreparable damage, the child would not survive.” Using an experimental version of the Atmel AVR powered Makerbot Replicator 2, Austin printed a copy of the heart in three parts: the front, the center and the back.

“It’s a relatively inexpensive printer costing $2,500 (£1,500),” Austin told Wired, when asked about the experimental version of the Makerbot Replicator 2. “We did it in three different parts […] and it’s really the middle that counts. Because I have an identical reconstruction I can take off the front of the heart and see inside of it and make a plan as to how I’m going to direct the flow of blood and move the [obstruction in the heart].

Ranging from splints to prosthetics, there are a large number of real-life success stories of implementing 3D printing to enhance complex medical procedures, while also improving the lives of those suffering from disabilities. In the future, Austin suggested, these techniques will prove to helpful in the training of surgeons, as well as aiding the communication between cardiologists and surgeons. 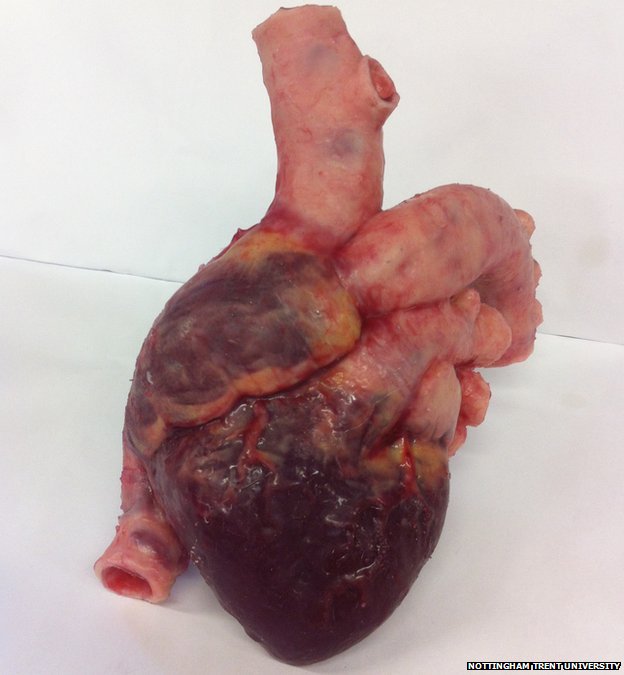 According to Cambridge-based market research firm IDTechEx, the medical and dental 3D printing industry will grow to be worth $867 million globally by 2025. And, while the United States is still pioneering this high-tech biomedical research, the National Health Service (NHS) is exploring the wide-range of uses of 3D printers in modern medicine.

Back in September, researchers at Nottingham Trent University even used 3D printing to produce a prosthetic human heart which was said to be “as close as you can get” to the real thing.

In time, we can surely expect to see a growing number of scientists, researchers and medical professionals explore the unlimited possibilities — a majority of which are powered by AVR XMEGA, megaAVR and SAM3X8E MCUs — have to offer. That’s what we call making a difference!

3D printing technology is undoubtedly well on its way to going mainstream in the medical world. As previously reported on Bits & Pieces, researchers have already managed to design and print a 3D splint that saved the life of an infant born with severe tracheobronchomalacia – a serious birth defect that causes the airway to collapse. Melbourne scientists also took a big step towards the development of “grow your own” cartilage to treat cancers, osteoarthritis and traumatic injuries using 3D tech, while 3D-printed orthopedic implants were successfully fitted in Peking’s University Third Hospital in Beijing. 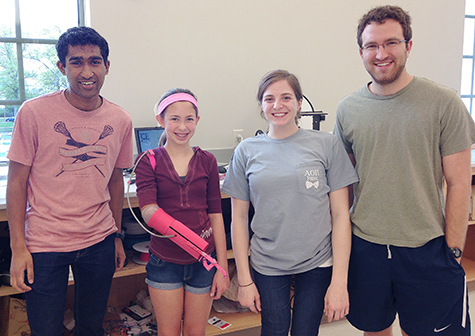 A recent WebMD special report has explored the integral role 3D printing will play in transforming the medical field. Most notably, WebMD introduces the Washington University in St. Louis students’ production of a 3D-printed, pink robotic arm for 13-year-old Sydney Kendall. The robotic arm, with its opposable thumb, enables Sydney to grip a baseball, maneuver a mouse and even pick up a paper coffee cup, the article notes. The total cost? $200, a mere fraction of the price of standard prosthetics, which start at $6,000 and can run upward to $50,000 to $70,000. 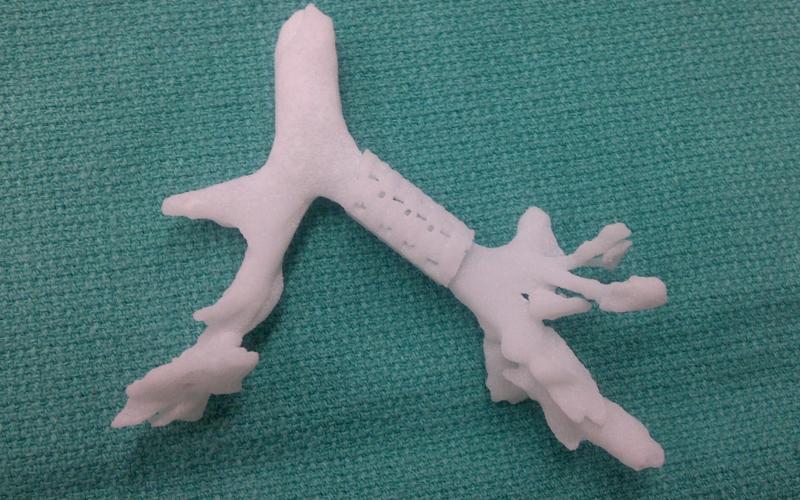 3D printing is also widely being used for body parts — usually made of plastic or metal — that come in contact with the body but don’t enter the bloodstream. These include teeth, hearing aid shells, and prosthetic limbs. “In the past, a dental crown had to be fabricated in a lab, which takes a few days if not a few weeks and two to three trips to the dentist by the patient,” said Professor Dr. Chuck Zhang of Georgia Institute of Technology. Now a dentist can take a 3D scan of a tooth and print the crown on the spot.

From prosthetics and teeth to living tissue and heart valves, 3D printing is bringing made-to-order, custom solutions into operating rooms and doctors’ offices. According to experts, dozens of hospitals are already experimenting with 3D printers, while researchers continue work on more futuristic applications of the technology. In June, the National Institutes of Health launched a 3D Print Exchange that allows users to share and download files in hopes that it will foster even more research around the next-gen technology.

“3D printing is a potential game-changer for medical research. At NIH, we have seen an incredible return on investment; pennies’ worth of plastic have helped investigators address important scientific questions while saving time and money, ” explained NIH Director Dr. Francis Collins when announcing the exchange. 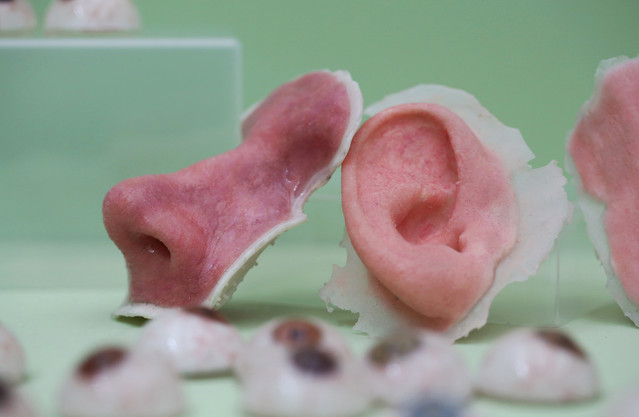 In addition to metals and plastics, doctors and scientists around the country are loading 3D printers with human cells and printing living tissue in a process called bioprinting. Researchers are seeking to one day print living organ for transplant using a patient’s own cells. Some experts believe this will become a standard medical practice sometime in the 2020s and 2030s, and ultimately revolutionize organ transplants. Patients wouldn’t die waiting on a donor list, and their immune systems wouldn’t reject the organs.

Dr. Anthony Atala of Wake Forest says researchers will use 3D-printed miniature livers to test drug toxicity, and expect the method to be far more accurate than traditional animal and cell testing. As the article notes, bioengineers at Cornell University have already printed ears, while the University of Michigan is also testing the concept. Many labs are currently printing tissue for research and drug testing, and patching damaged organs with strips of human tissue may happen in the near future, explained Stuart Williams, PhD, of the Cardiovascular Innovation Institute at the University of Louisville.

Interested in learning more about the ways in which 3D printing is revolutionizing medicine? Read the entire WebMD article here.