Ootsidebox has introduced the 3Dpad, a sophisticated touchless gesture control interface with a depth perception of 10cm.

The platform – which recently made its Indiegogo debut – comprises three primary components:

“To detect the proximity of the human hand or finger, we use the projected capacitive technique. This is the principle of virtually all modern touch screens – except that now we are in the air, relatively far away from the detector surface (10 cm max). So we build capacitors which are as ‘open’ as possible, using electrodes drawn on the electrode plane PCB in order to obtain a maximum ‘hand effect,'” 3Dpad creator Jean-Noël explained. 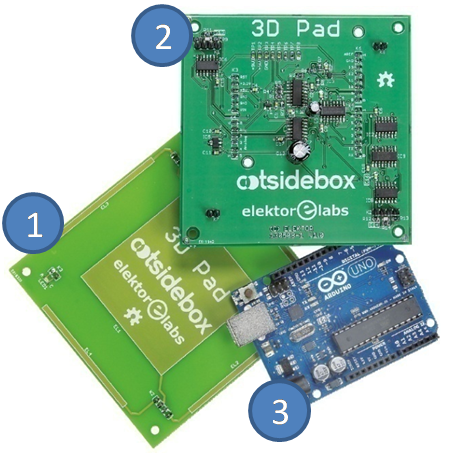 According to Jean-Noël, the system employs a phase/frequency comparator along with a control and locking program. 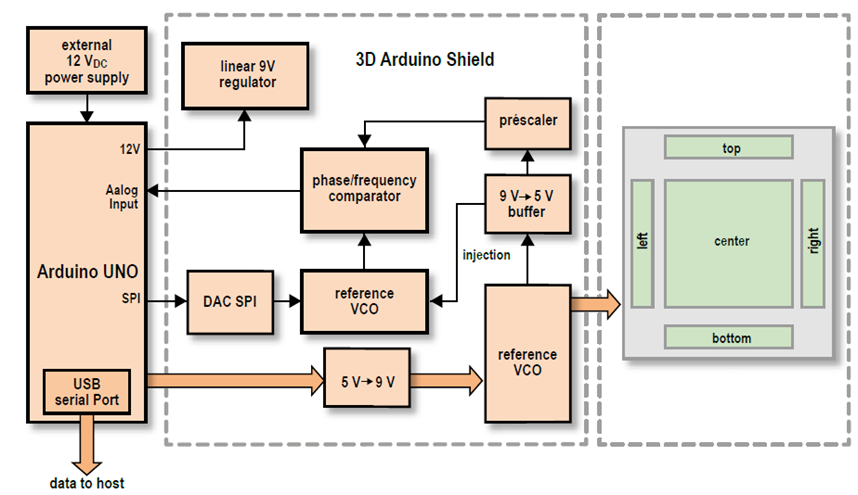 “This simple system makes the conversion of the very small frequency shift into a variation in a voltage signal which is easy to use,” he said.

On the software side, an embedded software (sketch) running on the Atmel-based Arduino Uno is tasked with calculating 3D coordinates, recognizing basic gestures (swipes, push and rotations) and relaying the data to a host device on the USB COM Port.

“The evaluation software (PC) will enable you to quickly evaluate the 3D-Pad. You’ll see all the values sent by the Arduino Uno (1), the gesture events (2) and the 3D coordinates in the form of a cursor (3),” he added.

As Jean-Noël notes, 3Dpad is only the starting point for Ootsidebox, as the company is currently working on a number of HMI related projects, including touchless & gesture interfaces, telehaptics, wearable tech and even artificial intelligence (AI). 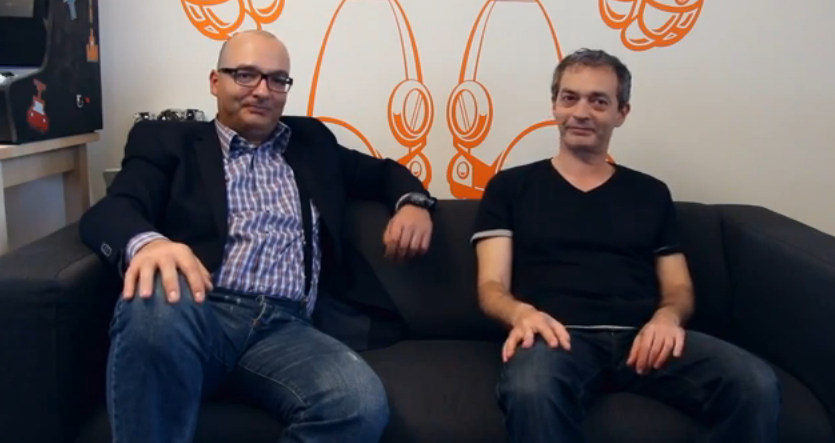 Interested in learning more about the 3Dpad? You can check out the project’s official page here.