Changes in the temperature and light cause this tower’s nine tiers to morph.

As reported on WIRED, “For a few days in October, a ziggurat of mirrored boxes stood in Dasht-e Kavir, a desert in central Iran. The sculpture contained sensors, gears, and an Arduino processor that sensed changes in the temperature and the light, which caused the tower’s nine tiers to spin independently.” The resulting views of the desert, seen simultaneously from each mirrored surface, are beautiful and ominous at the same time. 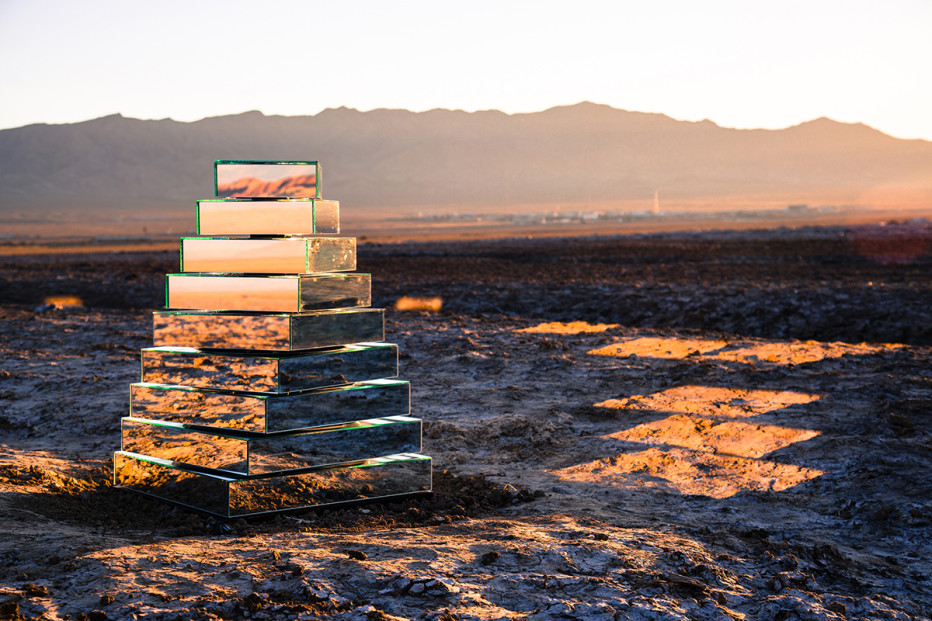 This ziggurat was constructed by Italian designer Gugo Torelli and Iranian artist Shirin Abedinirad. As shown on the project’s Flickr page, they used an Arduino Mega (ATmega2560), along with five motor shields to control a total of nine stepper motors. The frame and gears were constructed out of wood, before the exterior was covered in a reflective surface.

If you want to see this tower yourself, there are plans to take this tower to New York City, which would make it accessible for many more people. According to Abedinirad’s site, “When installed in a city location it reacts with different animation patterns to the audience interaction, when placed in a natural environment its movement are changing depending on the weather conditions.” It would seem that city observers may see a different behavior out of the tower, but hopefully it will still be incredible!