This movement tracking sensor is a thief’s worst enemy.

Losing valuables or getting things stolen is a pain. Even though today’s smartphones and laptops come with GPS tracking apps, your lost device would still need to be online to pinpoint its exact location. What if you could just stop a thief in the moment and avoid the hassle of following their trail? The team at MetaSensor has taken a new approach to Bluetooth tracking to do just that. 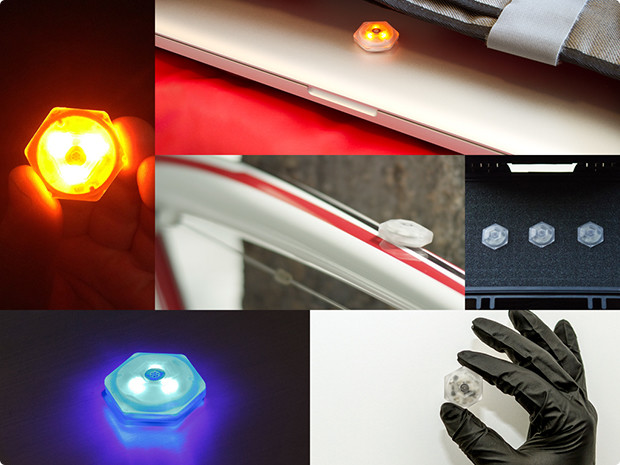 Sensor-1 is a Bluetooth-powered motion sensor that can light up, sound an alarm and alert you the instant your belonging moves outside a certain pre-set radius. This quarter-sized gadget adheres to any item you want to protect, which means even your non-digital valuables can be protected, too. The idea came about when MetaSensor’s CEO Nick Warren’s family had their home burglarized, and few months later, a colleague’s laptop holding sensitive information was stolen.

The Sensor-1 contains an accelerometer, a gyroscopic stabilizer and a magnetometer that all together tracks the orientation and movement of the object you’re trying to guard. With the accompanying app, you can specify the movement sensitivity and proximity. The sensor will automatically be armed when you walk away, or you can be notified when you accidentally leave a belonging behind. It will also alert you when someone is attempting to remove the sensor. You can adjust the alarms settings such as having the sensor play a noise, flash light, and/or silently send an alert. Sensor-1 also logs motion events while you’re out of range.

This tiny, but very powerful security device is made of UV and impact resistant polycarbonate, and is waterproof. It’s Bluetooth Smart and iBeacon-compatible, and powered by a replaceable CR2032, giving it about a years of battery life. Sensor-1’s API is available for custom app development.

“Your Sensor-1 API key can be used to view and analyze the raw streaming data from Sensor-1 via the Aletha Web Platform, mobile app, and directly over Bluetooth,” MetaSensor explains. “Sensor-1 can communicate with Arduino (using a BLE shield), Raspberry Pi, Nordic dev kits, or any custom system capable of sending and receiving BLE communications.”

Interested? Head over to Sensor-1’s project page, where Warren and his team are currently seeking $10,000. You can get your own sensor for $79 and the first batch of units is slated for delivery by October 2016.

1 thought on “Sensor-1 is a tiny powerful security system”