This Maker built a power switch for his Google Chromecast with the help of an ATtiny85, Bluetooth and Tasker.

The Google Chromecast device is a neat media player that simply plugs into your TV to play media. One thing it doesn’t have, though, is a way to turn it off remotely. This might not be a problem for most people, but Ilias Giechaskel was using it as an input for a computer monitor which didn’t have a “remote off” function. It did, however, have the ability to go to sleep when no input was received, so turning off the Chromecast would serve a useful function in his setup. 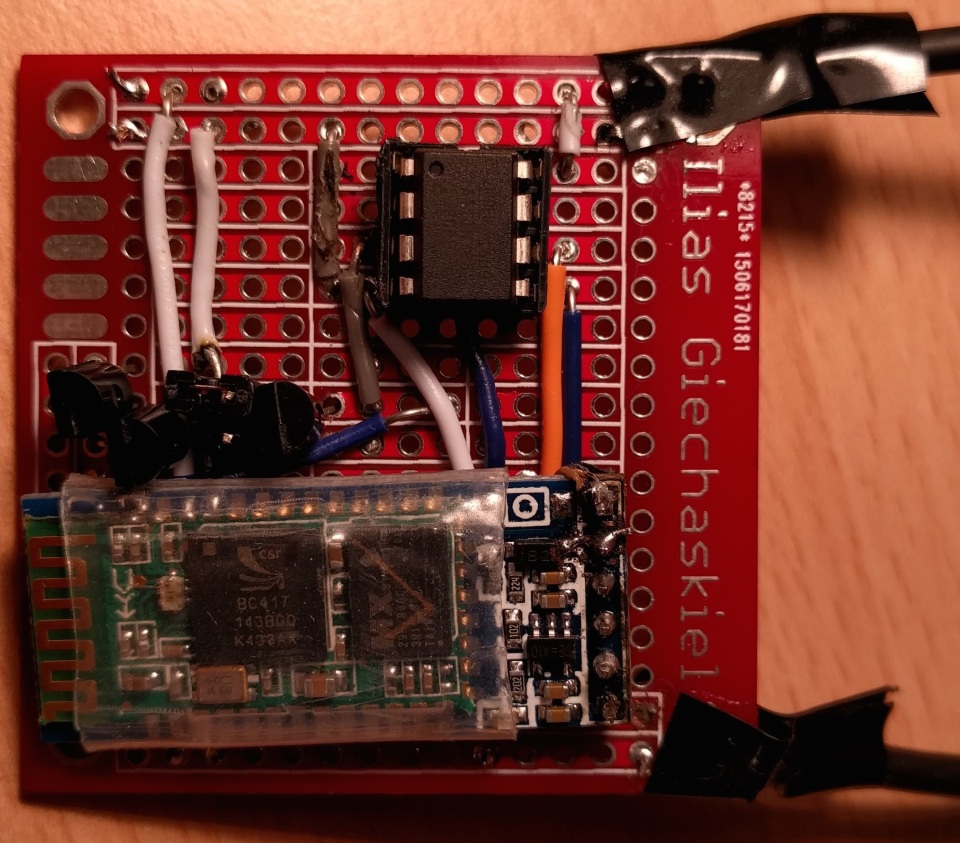 Gichaskel decided to accomplish this task with “hardware that he already had available,” and opted for an ATtiny85 with its small physical footprint and number of I/O pins to control everything. He also used a Bluetooth chip for communication with his smartphone. The module receives an “on” or “off” command from the phone, then the ATtiny switches power to the Chromecast appropriately.

Originally, this setup meant that the user had to manually turn Bluetooth on, connect it to the Arduino, send the appropriate commands, then turn Bluetooth off. Doing all of this manually wasn’t what Giechaskel had in mind, so he wrote a Tasker plugin which takes care of this for him.

Of course, this isn’t Giechaskel’s only ATtiny85 hack. Be sure to check out how he replaced the guts of a bathroom scale using one!