Did you know that four burglaries occur every minute in the United States alone? That’s a startling one every 15 seconds. The good news is that most convicted burglars (90%) claim they want to avoid homes with alarm systems, saying that if they did encounter an alarm, they would abandon the attack. However, the bad news is that nearly two-thirds of homeowners fail to turn it on at all times. And, when it comes to security, many are often faced with expensive systems and pricey monitoring fees. Understandably so.

However, one Provo, Utah-based startup is looking to change that with their new IoT solution. Novi Security is a 4-in-1 DIY security system that’s making it increasingly easier for homeowners to install small detectors throughout their house that can notify them of any motion or smoke — all without the need of contracts and monthly costs! 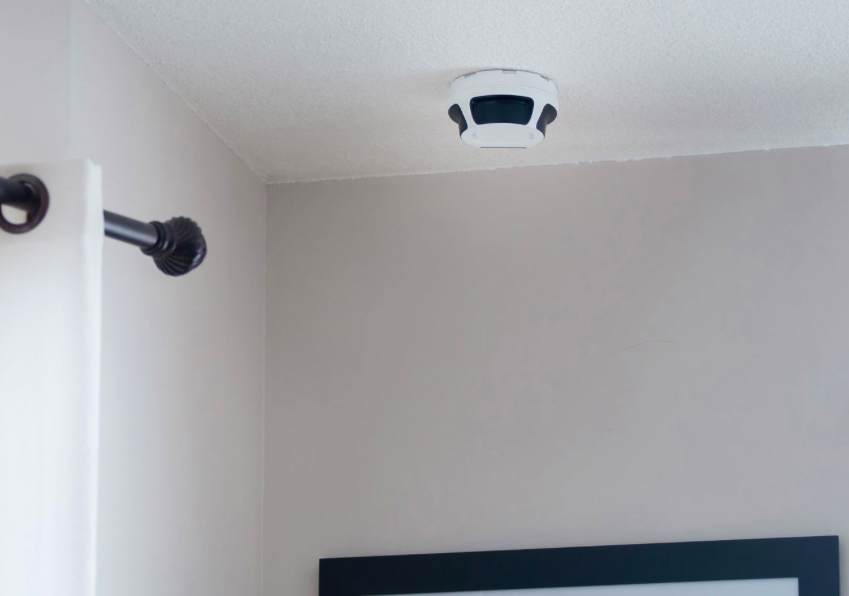 The kit is comprised of a base station and sensors, and are equipped with an ATmega128 radio and an Atmel | SMART SAM4S processor. The battery-powered sensors are simply affixed to the ceiling and boast an HD camera, motion and smoke detectors, and siren. This allows the system to provide homeowners a peace of mind by sending a series of three photos right to their mobile device, while immediately emitting a siren if smoke or motion are recognized while away. In the event that this occurs, the alarm will sound, the monitor will relay the images to the base station (plugged directly into a router), and the base station will transmit the photos over to an accompanying app. Once the alert is received on the smartphone, the user will then have the option to call for help, check in at home, arm/disarm, as well as request more pictures for greater clarity.