This IKEA highchair hack is tray-mazing!

We’ve seen Maker parents mod their children’s odds and ends in the past, but this highchair may have taken it to a whole new level. That’s because Phil Tucker has hacked his baby’s $20 IKEA dining accessory into pro-gamer training rig and then some.

To make the aptly named Highscore Chair a reality, Tucker scavenged a pair of joysticks and buttons for true arcade aesthetics, as well as an Arduino Uno (ATmega328) to trigger samples loaded onto an Akai MPC1000 synthesizer via the MIDI interface. There’s also a battery supplying some power. These electronics will be, if not already, housed inside an enclosure underneath the tray for enhanced safety. 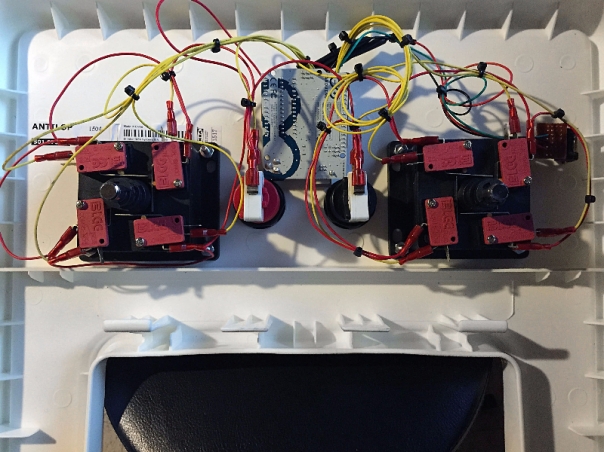 “I’ve added MIDI out, which amounts to 10 MIDI triggers, eight for each joystick and one for each button. The Highscore Chair now triggers samples loaded onto an Akai MPC1000, but with MIDI out it could be used as any sort of control surface now,” Tucker explains.

Gaming aside, what’s really cool about this project is that it can become modular with various trays for different activities. (This particular IKEA piece enables you purchase extra interchangeable tabletops.) Think Graco meets LEGO.

Sound like something you’d love for you or your child? Head over to the Maker’s project page here.