If you’re tired of the same ol’ one-color manicure and rather decorate your nails with smiley face emojis, logos or even selfies, one Menlo Park-based startup has just the thing for you. The brainchild of Preemadonna, the aptly named NailBot is a nail art device that instantly prints custom designs onto your nails via your smartphone. 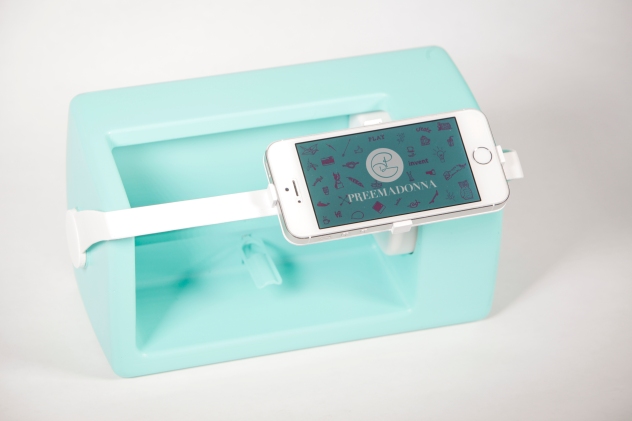 With aspirations of providing girls with a fun way to explore creative technology, the Nailbot uses your smartphone’s vision capabilities and processing power to print photos from either your camera roll, a preloaded image gallery or (eventually) from your social networks directly onto a nail in less than five seconds.

First, you must prep your nail with a basic white polish and then open its accompanying app on your smartphone. Select the picture of choice, place your hand inside the cradle and hit print — it’s as simple as that! The resolution of the Nailbot is the same as traditional thermal inkjet products, reaching up to 1200 dpi. 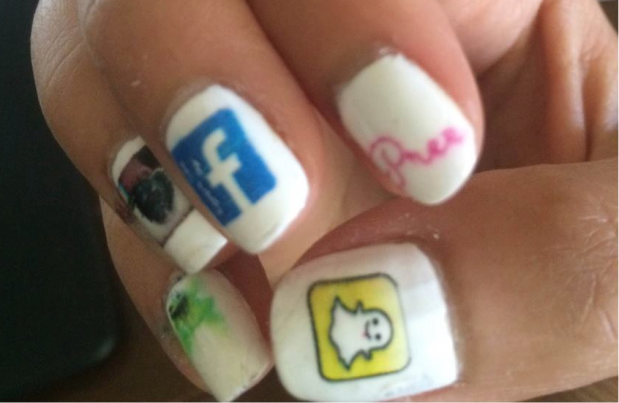 The idea was initially conceived after co-founder Pree Walia was unable to find an easy DIY solution to rock unique nail art. And so, like any true Maker, she decided to invent her own system along with fellow co-founder Casey Schulz. The original prototype, which the duo had mocked up in 2013, employed an Arduino along with a resistive touchscreen.

Through Preemadonna’s platform, Nailbot users will have the ability to express themselves in unique fashion by devising, sharing, selling and printing their own designs, photos and art. A smaller, more portable version of the Nailbot prototype will be shipped to Indiegogo backers next year. The team hopes that the next iteration of the device will feature Bluetooth connectivity, swipe-to-print capabilities and will employ a smartphone’s back-facing camera to size an image onto a fingernail. Beyond that, the gadget will be battery-powered, making it much more portable. (The current version must still be plugged into a wall outlet.)

And that’s not all. As a way to inspire young girls to pursue STEM disciplines and build things of their own, Preemadonna is offering a Maker Kit, too. This includes an Arduino-powered handheld unit that will teach users how to program a graphical touchscreen interface and how to print their own creations. It should be noted, however, that this device is not for use on nails. Instead, it can print on paper or stickers.

Ready to say goodbye to the nail salon? Head over to the Nailbot’s Indiegogo campaign, where the Preemadonna team is seeking $150,000.