This wearable device lets you feel your loved one next to you, even when you’re far away.

Although Apple Watch users can share their heartbeats to friends via their wrist, UK startup Little Riot has taken the idea a step further by unveiling a wearable device that lets you stream the sound of your heartbeat to a loved one’s pillow. 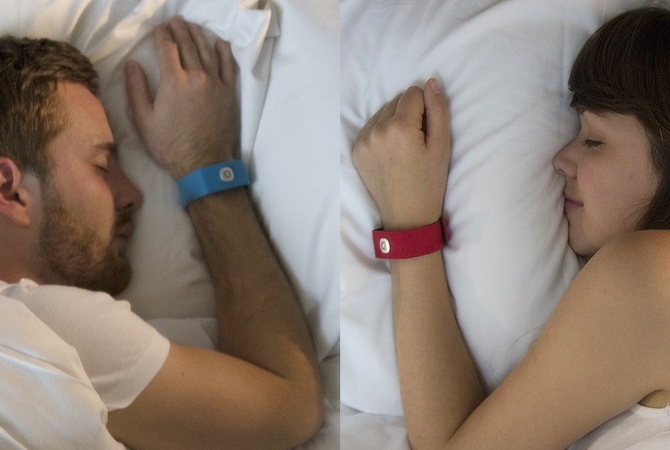 Let’s face it, long-distance relationships and constantly being on the road can be tough. Fortunately, the aptly named Pillow Talk system is designed to give two people the ability to experience each other’s presence in a much more intimate way, regardless the miles apart. The kit is comprised of three things: a wristband, a speaker and an accompanying app. Each person has a wristband that they wear to bed at night and a small speaker (that plugs directly into your smartphone) that they place under their pillow. The wristband picks up your real-time heartbeat and transmits it to the other person over the web, while the app works its magic in the background. That sound is then emitted from the speaker, bringing a smile to your face.

The idea for such a product was first conceived by founder Joanna Montgomery back in 2010 while still a student at Dundee University. Some may find it to be a gimmick, while others may see the gadget as a unique expression of love. In any case, it didn’t take long before Pillow Talk’s original Arduino-powered prototype went viral online and spark the interest of more than 50,000 people on its growing waiting list — let alone a couple hundred of backers now on Kickstarter. 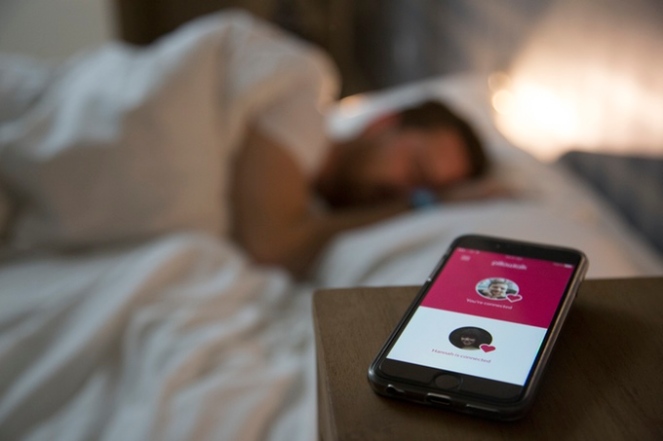 Montgomery, who herself is in a long-distance relationship, has grown tired of typing messages on tiny screens and scheduling uninterrupted video calls. So, channeling her Maker spirit, set out to find a mode of communication that would enable you to feel your special someone’s presence. While it initially began as a project for couples, Pillow Talk has proven to be unexpectedly popular with other family members and people from all walks of life, living situations and careers, especially those serving in the military and frequent business travelers. Beyond that, such a platform could also take off with students with boyfriend or girlfriends studying at different universities. The possibilities are endless!

One notable difference of Pillow Talk when compared to other conventional wearable devices on the market today is that it’s not a fitness or sleep tracker, nor does it try to be. Instead, it’s focused around bringing two users closer. Besides keeping in touch with loved ones, Pillow Talk boasts several other benefits as well. These include improving sleep with the soothing sound of a heartbeat and having a peace of mind knowing that your significant oner is safe and well. 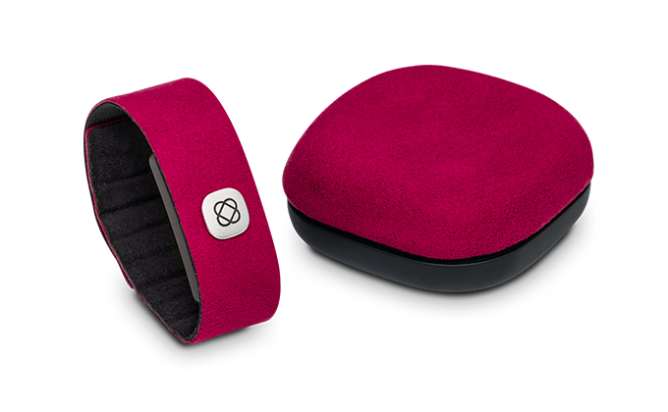 In terms of the equipment, the wearable is comprised of soft, comfortable fabric and is embedded with a removable heart rate sensor for easy charging of the module and washing of the wristband. The unit is equipped with Bluetooth Smart connectivity and sophisticated signal processing for reliable heart rate detection. Meanwhile, its companion speaker can be used without the soft top for a deeper, louder sound, or with it, for use inside pillowcases or just to cradle in your hands.

Want to feel closer to someone who’s sleeping somewhere else? Head over to Pillow Talk’s Kickstarter campaign, where Montgomery and the Little Riot team are seeking $113,031. The wearable comes in two different colors — heart red and beat blue — with more options in the works. Delivery is slated for May 2016.