The Pixel combines a 32-bit ARM Cortex M0+ microcontroller with a color OLED display and microSD.

The brainchild of Boston-based startup Rabid Prototypes, the Pixel is an open source smart display that combines an Arduino-compatible MCU, a color OLED screen and microSD.

The Pixel — which recently made its debut on Kickstarter — is built around the mighty Atmel | SMART SAM D21 operating at 48MHz and packing 32K of RAM, along with a 1.5” 128×128 pixel OLED screen and a microSD slot. Measuring only 1.8”x 1.8” in size, the compact board is extremely versatile and can be employed to create wearables, attach sensors, display data or play retro games.

When it comes to programming, if you’re familiar with Arduino, you can configure your Pixel. Simply plug the Pixel into your PC using a microUSB cable, select which board you want to program, and hit the upload button in the IDE when you’re ready. The Pixel ships with the Arduino/Genuino Zero bootloader already installed.

What’s more, the Pixel is compatible with the Arduino’s SPI and SD libraries. Communication with the display and microSD card are both handled through the SPI bus, which is broken out on a set of pads for a surface mount header.  The ATN pin replaces the reset pin on this header and acts as the CS pin for the microSD. As the Rabid Prototypes crew points out, pins 7, 8 and 9 (ORST, ODC, OCS) are utilized to control the display.

The Pixel is even compatible with Adafruit’s graphics library, which provides functions for blitting images, drawing primitives like lines and circles, and includes bitmapped font support as well.

Lastly, if you ever need to modify the fuses or bootloader, the Pixel features an SWD header which can be used with the Atmel-ICE development tool. On the final version of the board, this will be a through-hole header, so you can connect the ICE by inserting a pin header into its ribbon cable. 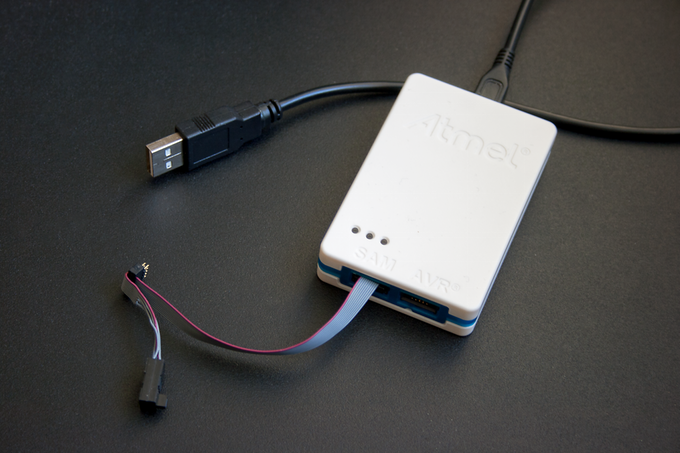 Interested? Head over to the Pixel’s Kickstarter campaign, where Rabid Prototypes is currently seeking $5,000. Looking ahead, the team will make the unit entirely open source by releasing its schematics and PCB layout, thereby giving Makers the ability to freely modify the design and integrate it into their own boards. Delivery is slated for January 2016.