The first Speak & Spell was introduced back in the late 1970s. Admittedly, upon coming across a speech synthesizer like that, one of the first things any of us would do is try some profanity. Well, Maker Alec Smecher has taken that concept to heart and applied it to a simple buzzer mechanism that he recently developed. Powered by an ATtiny85, the “satisfyingly minimalist project” swears repeatedly when you connect its wires to a trio of AA batteries. 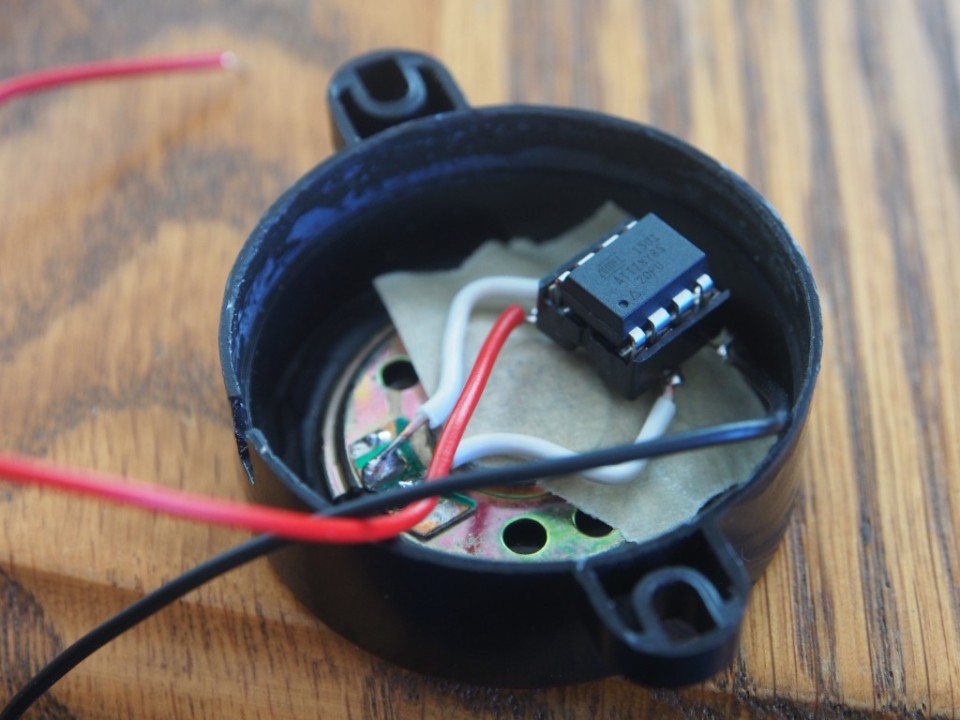 “Electronic beepers are ubiquitous — in microwaves, cars, smoke alarms, etc. You can buy them for a few dollars,” Smecher explains. “But since beeping also invokes censorship, I wanted to make an ‘un-censor’ that allows the electronic device to articulate itself properly.”

The Maker had gutted an existing electronic beeper for its plastic shell, which houses the electronics, and used an 8kHz sound sample from Google Translate’s text-to-speech synth. The sample is stored in the code and written to one of the PWM outputs of the ATtiny85 from a timing loop to directly drive the small speaker. 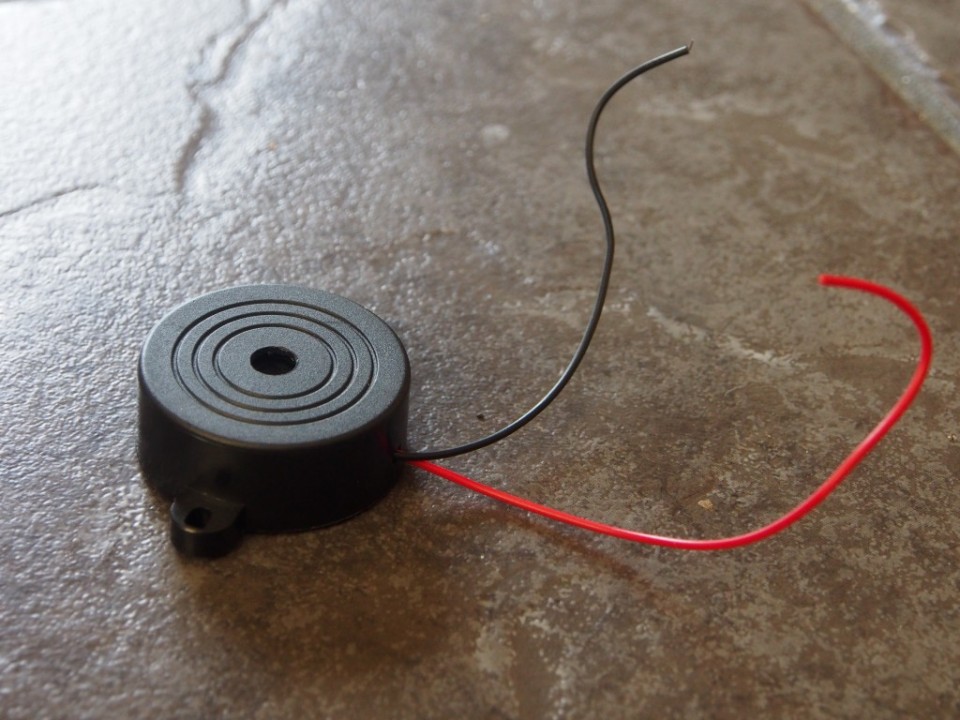 “If you’ve had a little bit of experience with Arduinos and want to try moving to the bare Atmel chip, you can’t go wrong with the ATtiny85. It’s just shy of magic. There’s a little bit of poking around getting the Arduino to program the ATTiny85, but overall it was simple enough and I will definitely be doing more projects using this approach,” Smecher adds.

Total cost of the build: $7. The amusement that follows: priceless. You can check out Hackaday’s writeup on the project here, as well as watch a video demonstration by clicking this link. (WARNING: Video contains foul language.)