Biology class is about to get a lot more fun! Amino reduces the size and complex nature of large lab equipment into a countertop-sized system.

When it comes to the Maker Movement, things like 3D printers, milling machines, laser engravers and soldering stations are pretty common on workbenches and countertops. A desktop biolab? Not so much. However, this is something a group that began in MIT’s Media Lab is hoping to change. 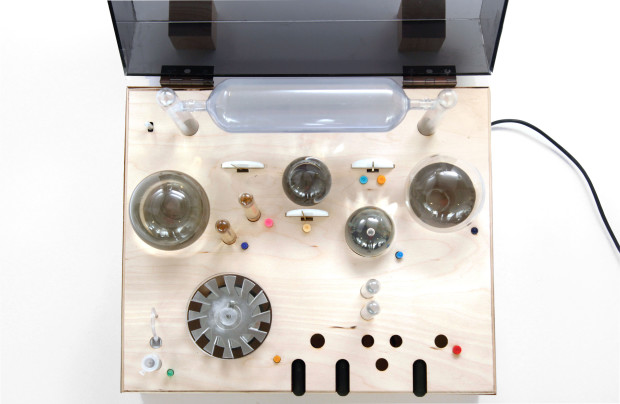 The brainchild of Julie Legault, Amino is an Atmel powered bioengineering system that enables anyone to grow and take care of living cells — whether at home, at school or in a Makerspace. Inspired by Tamagotchis, the all-in-one mini-lab allows you to perform the genetic transformation of an organism’s DNA through guided interactions, resulting in a synthetic organism that can be cared for like a pet.

The ultimate goal is to bring the necessary tools for bioengineering to the masses, ones in which have been traditionally quite expensive and only available in research labs. Now, Amino is bundling those instruments into a small, desktop-friendly package that makes it accessible to transform living cells into things like fragrances, flavors, materials and medicine. Plus, it will automatically capture multiple sources of data in real-time, letting you learn more about how your cells are developing and what needs to be done to ensure proper growth. 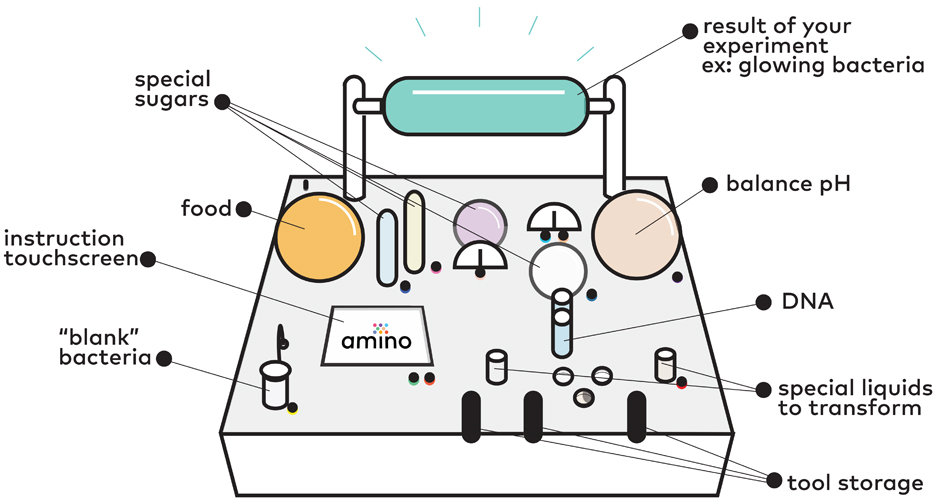 Amino itself is a sophisticated piece of Arduino-driven hardware with circulation and temperature controls for its user, as well as sensors that can keep tabs on how fast your microbes are growing and how much food they’re eating. Housed in a square wooden box with a hinged plastic lid, Amino contains everything required for users to undertake their own synthetic biology experiments. It includes modular chambers, which can be swapped out for a new microbe food and nutrients, pH balancing solutions and even other chemicals that help control your DNA program. What’s more, the system boasts a touchscreen that displays the real-time instructions along with indicator lights that walk you through the creation process.

“Synthetic biology and wetware is poised to be the dominant technology of this century, the way electrical engineering was for this last century. It allows scientist to problem-solve food, energy, health and materials in sustainable new ways. By bringing the science out of the labs with the Amino, we are enabling everyone to take part in their own future by creating and problem-solving at home and in the DIY labs. Amino gives you a chance to experience this impactful technology, hands on,” Legault explains. 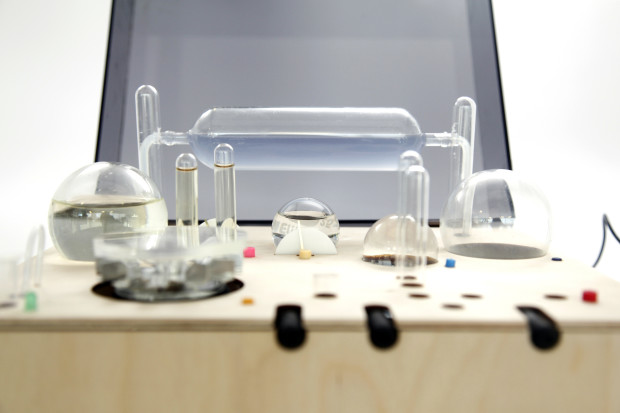 Right now, the Amino kit is optimized for use with a friendly, non-dangerous type of bacteria generally used in labs for research. This strain, which arrives in a test tube, is rated BSL1 (lowest biosafety level 1) by the Center for Disease Control. In other words, it’s non-pathogenic and doesn’t require special containment equipment. Ideally, Amino aims to lessen the fear and complexity from basic interactions with bioengineering. It empowers Makers and students alike to experience synthetic biology, all while discovering an important and complex topic in an intuitive way. 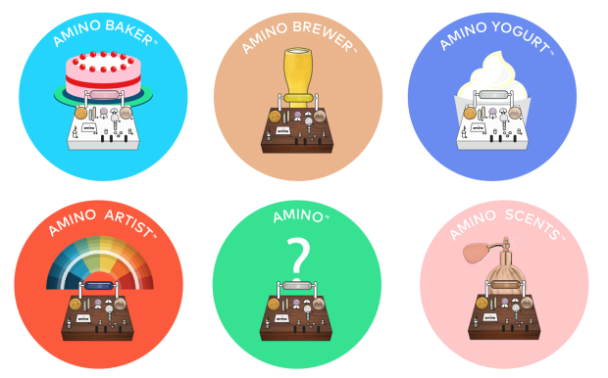 For starters, you’ll be able to employ Amino to grow your own living nightlight by combining the harmless strain of E. coli with synthetic firefly DNA. Legault hopes to introduce new kits that would eventually enable Makers to develop their own yeast for baking, bacteria for yogurt, or more importantly, explore a variety of DNA programs such as optimizing the pathway for violacein production, an expensive anti-cancer research agent. Just think: What if many millions of people from around the world could help solve cancer, instead of a small number of scientists?

To make this all possible, the former MIT Media Lab team is partnering with Synbiota, a company that makes DNA programming as simple as LEGO. By using their technology, Makers will be one day able to devise their own genetic apps and insert them into cells with Amino. Aside from that, Amino will also come with an automated cleaning system. This way, when it’s time to start a new project, simply run a clean cycle, change out the modular chamber and you’re good to go!

Intrigued by this “Arduino-like kit for synthetic biology?” Head over to Amino’s Indiegogo campaign, where Legault and the Amino Labs crew are currently seeking $12,500. Delivery is slated for June 2016.