Maker designs a smart glove that translates sign language from hand gestures into visual text on a screen and audible dialog.

In an effort to improve communication between people with different disabilities, designer Hadeel Ayoub has developed a smart glove capable of converting sign language into readable text and audio.

The aptly named SignLanguageGlove works by using several flex sensors attached to the fingers that record their position, while an accelerometer​ detects which way the glove is oriented. Built around the mighty Arduino, all of the collected data is fed into a computer program that identifies the gestures and displays the correct output.

Ayoub, who is also a student at Goldsmiths, University of London, has gone through a series of prototypes with each version less clunky than the one before. The original model, which looked like a bunch of wires attached to a winter glove, consisted of five flex sensors, an Arduino board and a four digit graphic numerical display. It worked by interpreting the user’s gestures and translating them into visual letters on a screen. 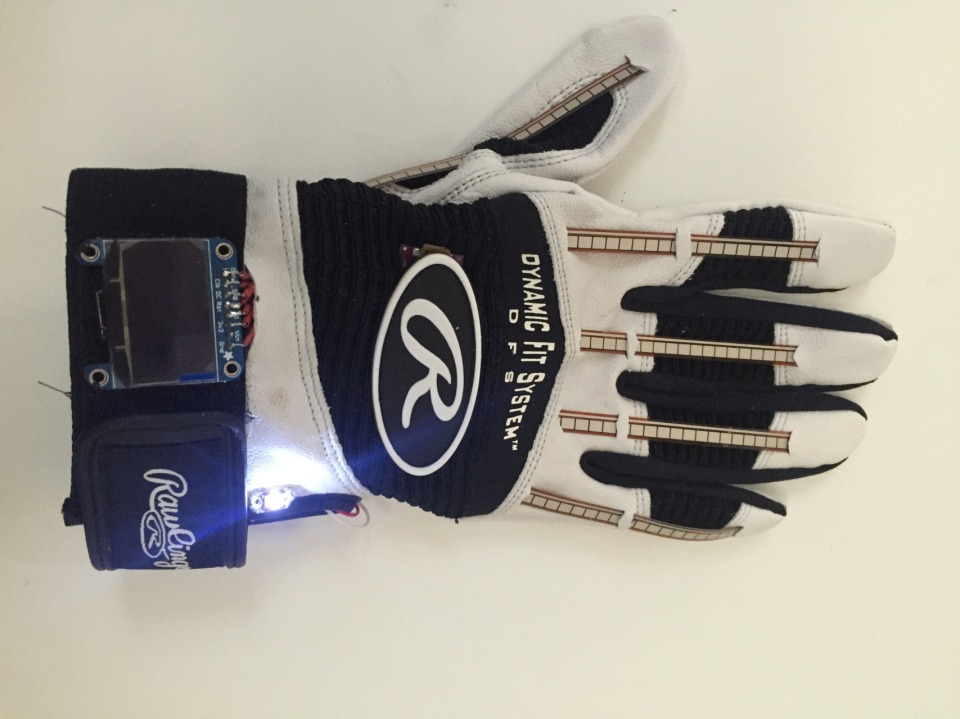 The second iteration was a bit faster, more durable, and featured smaller hardware. The Maker incorporated a LilyPad Arduino (ATmega328) and tinier flex sensors, as well as revamped the software to allow text to scroll on a screen, deleting the old and adding the new.

Her latest piece incorporates a text-to-speech chip with the majority of equipment sewn into the lining of what appears to be a Rawlings batting glove. She is currently working towards integrating a language translation function into the system, too. This way, when finished with her next prototype (dubbed ​Reach All​), a user will be able to connect to a smartphone via an embedded Wi-Fi module. The motions will then be relayed wirelessly and translated in real-time through its accompanying app.

Pretty amazing stuff, right? You can head over to the Maker’s Tumblr page to see the progression of her work.