::vtol:: has done it again! This time he has turned cryptocurrencies into tunes with a giant Arduino-powered string instrument.

Although cryptocurrencies may not be printed on paper or metalicized into coins, it doesn’t mean that Bitcoin and Litecoin can’t still be brought to life. Just ask Dmitry Morozov, also known as ::vtol::, who has transformed those digital bits into something quite tangible… music. 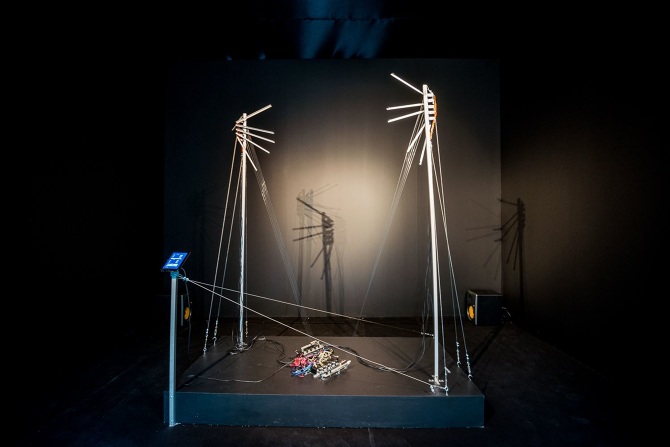 The artist’s latest piece, dubbed Silk, is an installation comprised of two six-foot metal towers strung with wire, which tracks the real-time changes in market activities related to cryptocurrencies. Motorized fingers pull one of five strings, with each one representing a different currency, as the rates fluctuate: dollar, Yuan, Euro, Canadian dollar and Ruble. The resulting sound is then picked up by a pair of Dimarzio guitar pickups, and emitted through a set of speakers.

The music is all in the data, however. As the Bitcoin and Litecoin cryptocurrencies change in value against the more traditional currencies, the imagined monetary values generate new melodies and rhythms.

Behind all the magic lies an automatic tuning mechanism comprised of 10 stepper motors and 10 servo motors that is tasked with precisely plucking the wires, all driven by an Arduino board and some MaxMSP and Pure Data programming. 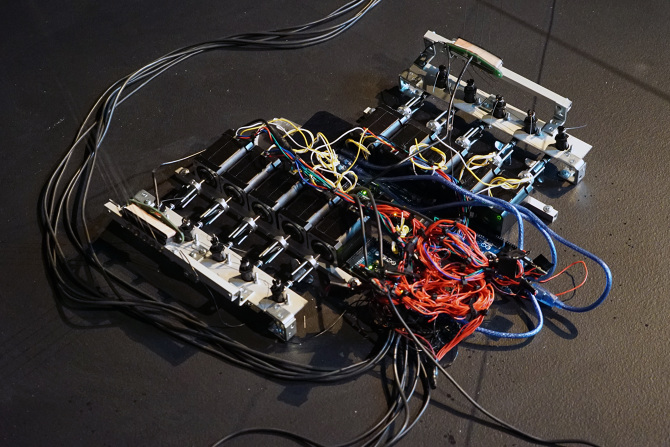 “This piece explores how new technologies and progress in such areas of knowledge as cryptography, mathematics, computer science influence the financial system, inevitably changing the social structure of the society. These changes can be characterised by growing decentralization, transparency, unfalsifiability, immateriality of values,” the artist adds. “The ‘Silk road’ of the future, the global network of Internet is creating its own unit of exchange independent from political and geographical limitations. Bitcoin has no material analogue, and may be only conditionally compared to existing currencies, in fact being a protocol of values transfer. Technologies of future stimulate creation of virtual entities, which still have no less real meaning – and Bitcoin is one of the first examples.”

Okay, so although it’s not the most harmonic and soothing tunes you’ve ever heard, it’s pretty mesmerizing if you ask us. See for yourself below!