One hackerspace has created an over-the-top, extremely awesome donation box with a wind tunnel, LED matrix and dollar bill-triggered tunes.

As the vice president of the Los Angeles-based, non-profit hackerspace CRASH Space, software engineer Michelle Leonhart knows a thing or two about donations. At each of their events, the group will typically leave out a little jar for people to contribute to their cause. Up until now, however, that jar was nothing more than an old Cheezy-Poofs container with a small hole cut into its lid.

But shouldn’t a place oozing with innovative projects and dynamic Makers have a collections basket that properly reflected their creativity? Being one of the more whimsical hackerspaces out there, CRASH Space’s mascot is a soldering unicorn named Sparkles. With this in mind, Leonhart decided to go about giving the donation box a My Little Pony makeover. The top slot in the donation box is equipped with a distance sensor mounted right beneath it in hot pink acrylic hearts. Whenever someone slips in a dollar bill, the sensor detects a change in distance and cues the donation box to react. At this point, the words “THANK YOU” scroll across an RGB LED matrix while emitting the My Little Pony theme song, and two fans begin to toss the bills around as if it were one of those money blowing machines. 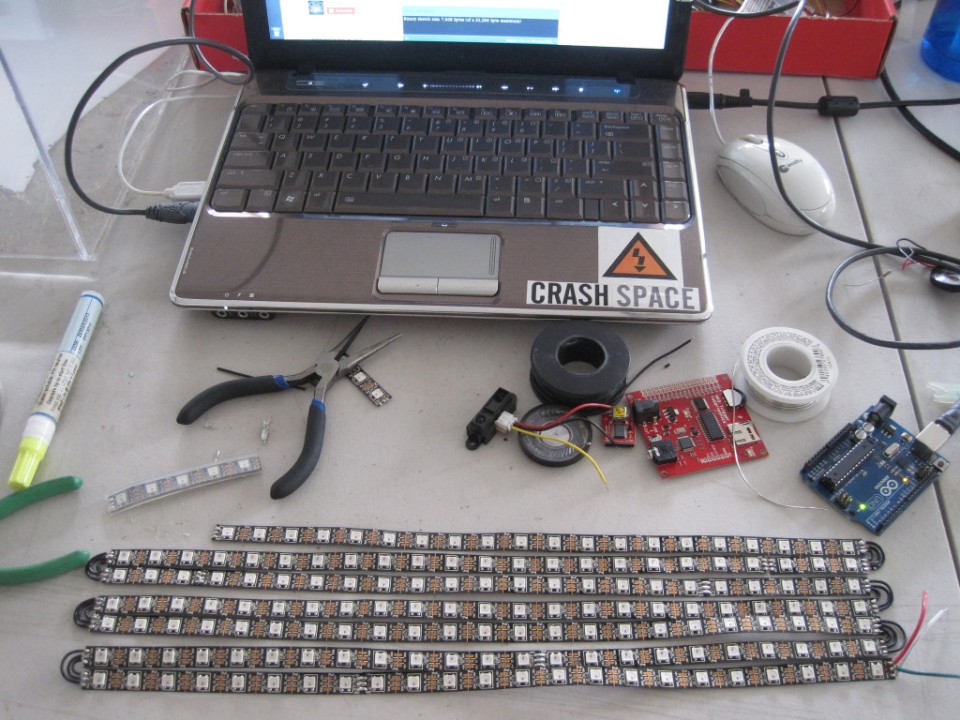 The LED matrix is driven by an Arduino Nano (ATmega328), while the sound system consists of a robertsonics MP3 trigger board, SPST relays, a 5V power adapter, as well as a speaker and amp, of course. All of the electronics are housed inside an upcycled, clear acrylic box. 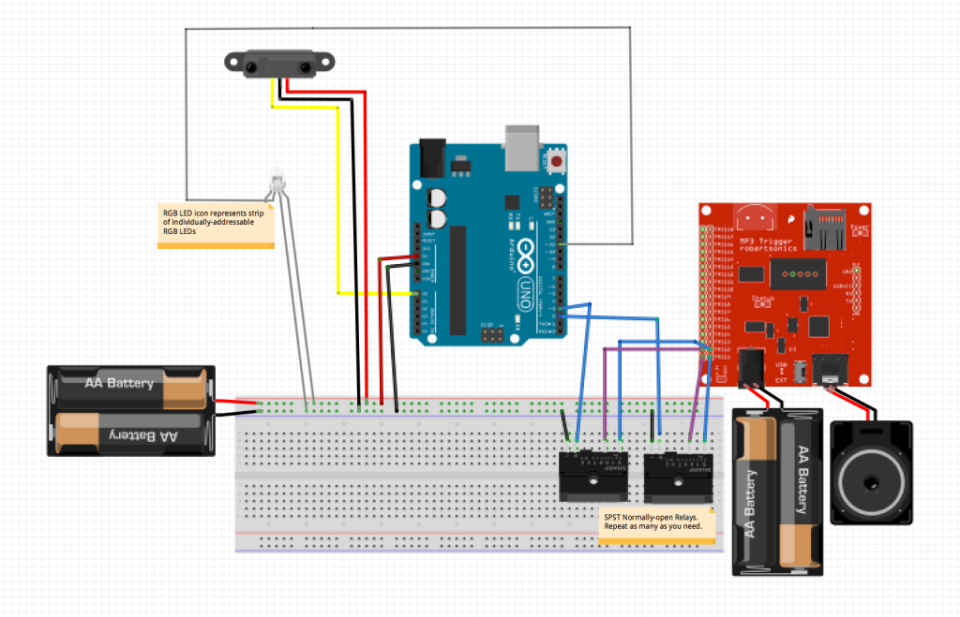 “The robertsonics MP3 board is designed to play an MP3 file every time a trigger is closed. To close a trigger, you just need to close the circuit between the two pins in the trigger. Notice that this board has 15 triggers, and therefore can support up to 15 different sound files,” Leonhart explains. “Right now mine only plays the My Little Pony song, but this leaves room for future upgrades… to play up to 15 different My Little Pony songs.”

Intrigued? Leonhart has provided an excellent tutorial on how to go about constructing a donation box of your own along with all the necessary files, code and everything else you could possibly need. See it in action below!

[s/o Samy Kamkar for sending us the tip!]