The Fotokite Phi is essentially a flying selfie stick that eliminates the need to pilot a camera-mounted drone.

Oxford Dictionaries declared “selfie” the word of the year in 2013. Selfie sticks became the must-have item of 2014. Now, one Swiss startup is hoping that airborne selfies will become the major trend of 2015. 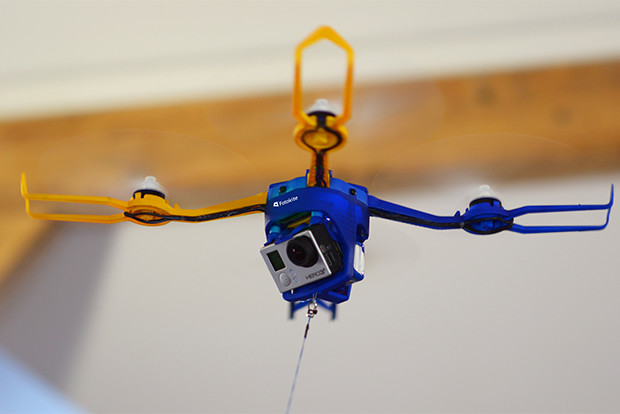 Now live on Indiegogo, the Fotokite Phi is a smart, tethered flying camera that anyone can deploy in a matter of seconds. While camera-mounted drones are nothing new, the intelligent kite eliminates the need of learning how to pilot a quadcopter. Not to mention, you’ll no longer have to worry about losing control of your expensive UAV and having it end up in the water or shattered to pieces on the ground. Just turn it on, point it where you want it to go, give it a twist and let out the retractable leash.

Its creators are touting the product as a “no-frills aerial camera,” and it is exactly that. It should be noted, though, that you will first need to have a GoPro device in order to operate the Phi. The Fotokite features two buttons on its leash handle that communicate to the drone over Bluetooth. A button on its back turns on the ‘copter and then starts up the attached camera, while another enables hand gesture commands that move the leash in the direction you want it to go. And unlike other drones, it doesn’t rely on GPS or radio signal to get around. Instead, it works by using the tether tension as a positioning guide, as well as the motions of your wrist to adjust the viewing angle. The housing can be aimed straight down for shots directly overhead or tilted up for getting out in front or behind a subject.

Designed with portability in mind, the Fotokite Phi can be easily folded and slipped inside its Pringles-like carrying tube. With a GoPro in place, the smart kite weighs a little over 12 ounces in total. The Phi’s tether is 26-feet long, which is plenty for taking aerial photos or some pretty incredible selfies, but probably not enough to capture the kind of bird’s-eye view videos that have become common among drone users. Since it’s tethered, there’s no need for GPS or other sensors to keep the Phi hovering in place. The leash control system is equipped with an ARM Cortex processor at its core along with an ATtiny43 and sensors to constantly measure the angle of the tether relative to you. 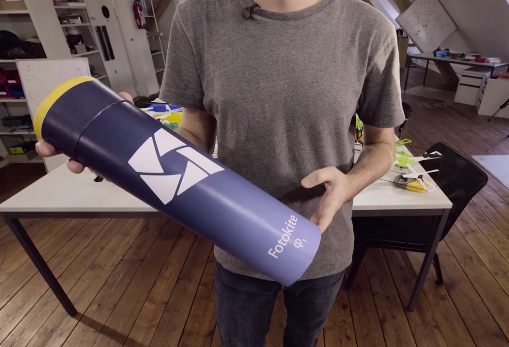 “The Fotokite Phi is built for the hobby photographer, the action sports enthusiast, the guerrilla journalist and the gadget aficionado. Thanks to its small size and foldability, you can take the Fotokite Phi anywhere – whether you’re hiking in the mountains, going to a festival, visiting an archaeological site or sledding,” its makers write.

At the moment, the Phi’s flight time is only around 15 minutes. Sure, you’ll be able to capture some pretty remarkable shots, but unfortunately don’t expect it to last more than three songs at a concert or the first quarter of a sporting event. However, the device can be charged either by USB or via removable batteries. 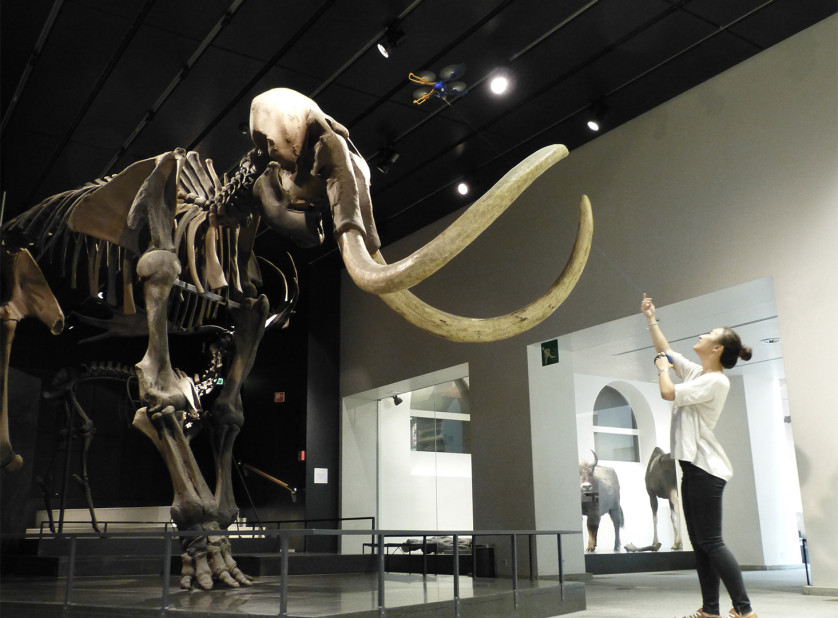 Intrigued? Fly over to its official Indiegogo page, where the Fotokite team is currently seeking $300,000. The first batch of units are expected to begin shipping in March 2016. In the video below, you can see how easy it is to pass around, from person to person, and how safe its soft propellers are to touch. The best part? It costs less than $350.