One Maker combined the case, buttons and LCD screen from his classic Game Boy with a pair of Arduino.

Earlier this summer, Kevin Bates launched a Kickstarter campaign for his credit card-sized, 8-bit gaming system. For most of us, just one glance at the Arduboy conjured up childhood memories of playing our Game Boys in the backseat of our parents’ car or on the bus en route to school. But what if you could combine the two? 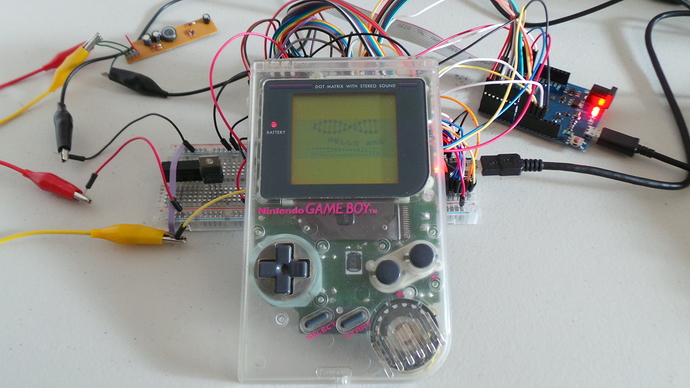 That’s exactly what Daniel O’Shea has attempted to do by converging the case, buttons, LED indicator and screen of his classic Game Boy with a pair of Arduino boards to create an Arduboy-like device on a larger scale. The Maker embedded the same brains as the Arduboy, the ATmega32U4, along with an ATmega328 as a coprocessor to handle the LCD controller.

Aside from that, he used a 2K dual-port RAM chip and an 8-bit flip-flop which together serve as a memory buffer between the Arduino Leonardo and Nano, and the Game Boy’s power PCB to get the negative 20V required by the LCD. At the moment, the entire setup is attached to a breadboard while he sorts out the interface. 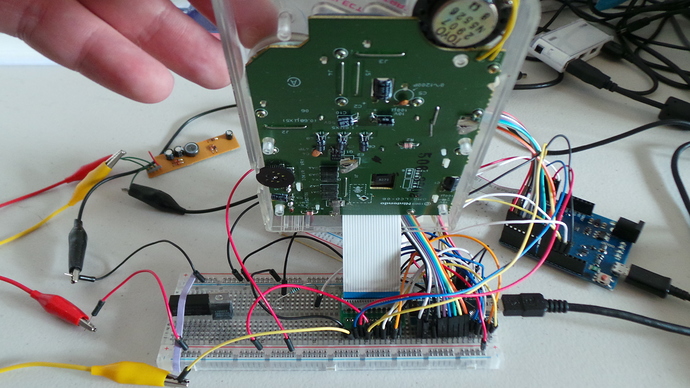 “I had a breakout board made for the 21-pin connector which allows the ribbon cable from the Game Boy’s front daughterboard to connect straight into a breadboard for prototyping. And then started out with just the Nano and the daughterboard, working on hooking up all of the LCD’s control signals and getting something (anything!) to show up on the LCD – the awesome research into this by mARC at robotdialogs.com was a great foundation to be able to start from,” O’Shea adds.

Looking ahead, the Maker hopes to drop in a motherboard replacement for the retro-themed gaming system. This next step would include transitioning to a bigger FIFO and an MCU with more RAM, like the ATmega1284P or Teensy. He has already sourced the parts for the power switch, power jack and volume dial, and says that there is ample room for the new electronics on the original footprint.

Interested? Check out the Maker’s entire breakdown of the project on its original page here, and be sure to see it in action below.