This group of Makers turned a NERF dart target into a “skip track” button for their Sonos system.

While not everyone may have the same taste in music, there are just some cases where we can’t help but to all agree that a tune is godawful. And with the countless stations on Internet radio, it’s bound to happen. This is what inspired the Neo-Pangea crew to dream up their latest creative project, the Boombox Blaster, which adds a gamification element to their music selection by turning a NERF target into their “skip” button. 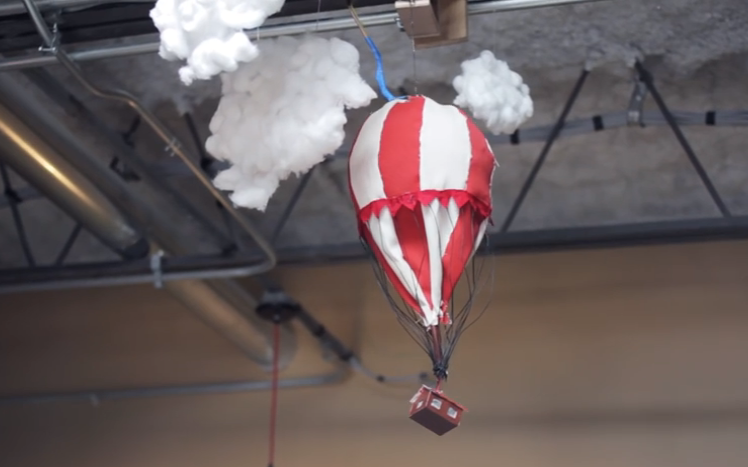 Now whenever one of those dreadful tunes emits through the speakers of their multi-room Sonos system, team members can take aim at a small hot air ballon suspended from the ceiling, which prompts the streaming service to skip the song when hit.

Aside from the Sonos and NERF blasters, the system was created using the combination of a Raspberry Pi, an Arduino Uno (ATmega328), some orange LEDs and a medium vibration sensor to detect if the balloon is struck by a dart. The sensor is connected to the Arduino, which communicates with the Raspberry Pi over a serial connection. The Pi employs a Python script to monitor the vibration sensor. If hit, the the balloon raises into the air by a servo while its LEDs light up to simulate flames. 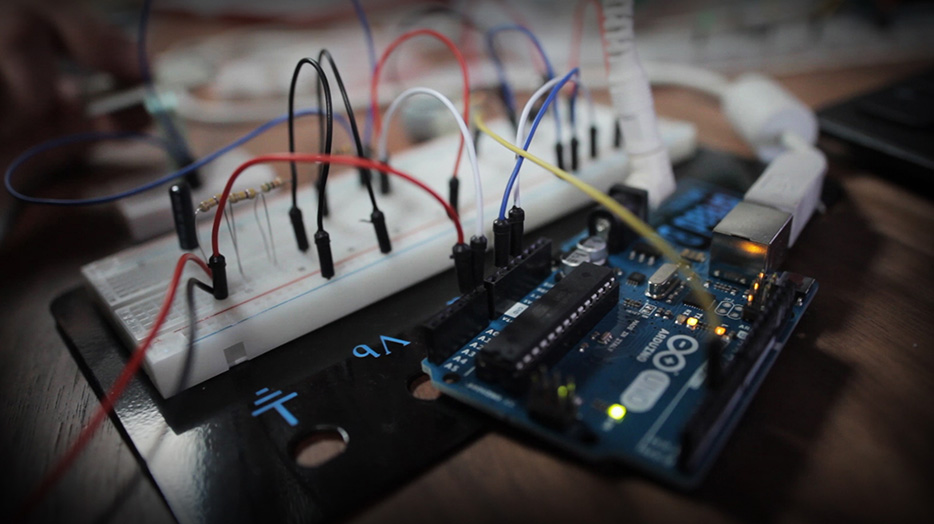 Additionally, the Raspberry Pi interfaces with the Sonos. The team tapped into the Sonos API by writing a Node.js script that runs on the Pi and sends commands to control the system.

“The end result of the Boombox Blaster is that we didn’t just create a cool remote for our Sonos system; we also democratized and gamified a task that was a frustration point in the office and further experimented with practical computing,” the team writes. “Bringing the control into the physical space makes it easy for anyone to quickly change the aural atmosphere and have a little fun doing it.”