MOVI is an offline speech recognizer and voice synthesizer shield that adds voice control functionality to any Arduino project.

As popular as the easy-to-use Arduino has become throughout the Maker community, incorporating voice commands into these projects certainly comes with its fair share of challenges. In an effort to make this as seamless as possible, one startup out of Berkeley, California startup has developed a standalone speech recognition and synthesizer shield with full sentence capability.

The brainchild of Audeme, MOVI (which stands for “My Own Voice Interface”) is a plug-and-play solution that enables users to connect the shield to their Arduino or compatible board, add on an optional speaker and be on their way. The unit provides an alternative to buttons, remote controls and smartphones by allowing Makers to use full-sentence voice commands for tasks, whether that’s turning devices on and off, entering alarm codes or carrying on programmed conversations with projects. Impressively, MOVI will respond in the same manner to the same sentences, no matter who is speaking to it. 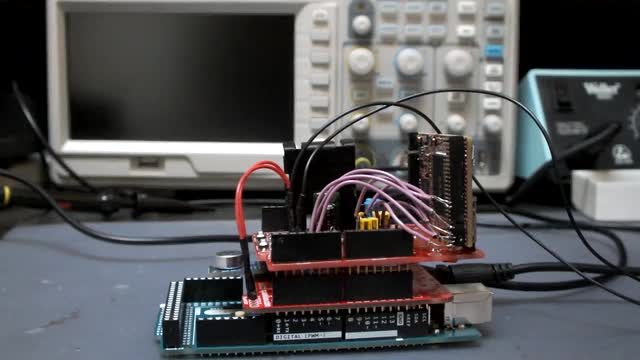 Whereas a majority of the voice recognition systems found in today’s consumer devices use cloud-based databases to understand what someone is saying, MOVI is equipped with a 2GB on-board dictionary of up to 200 customizable English phrases. What’s more, Audeme ensures user privacy as it does not connect to the Internet or an external PC, and can be employed as an off-the-grid solution. All of the processing is done on its 1GHz ARM-based processor.

Aside from sentences, Makers can interact naturally with their gizmos and gadgets by creating full dialogs using the built-in male or female voice synthesizer. In a quiet environment, Makers can even talk to their shield from up to 12 feet away, or should they find themselves in a noisy setting, they can throw on a pair of headset microphones. 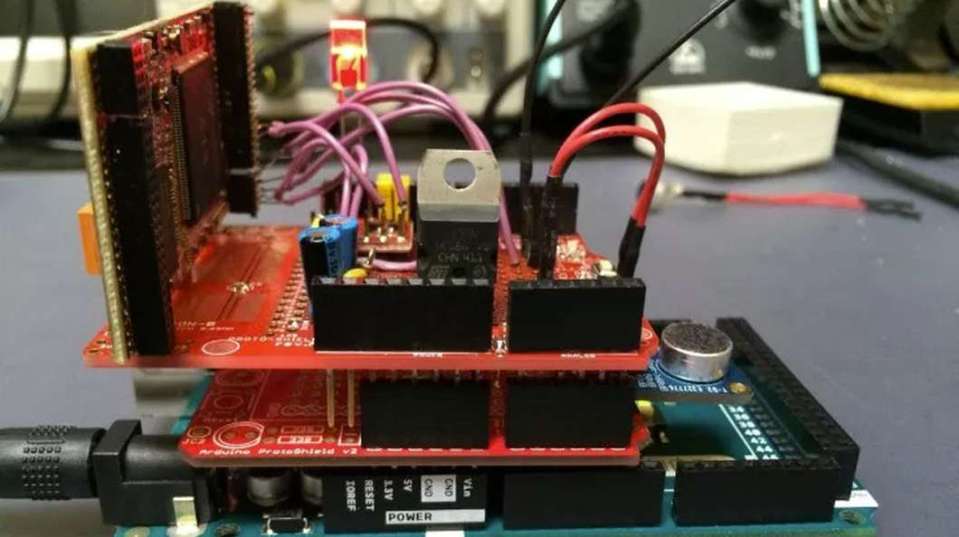 MOVI is a true Arduino shield, in that it is completely stackable and all of its connections come from the header pins. Not only that, but the device has a programmable call sign, meaning that users can personalize how to refer to the device depending on the task at hand.

“The default call sign is ‘MOVI,’ but you can change it to ‘Computer,’ ‘Hello’ or anything you can think of! You can also turn it off and MOVI can just listen to any sound,” the team explains.

Are you looking to replace your digital entry keypad with speech or play old-school video games with a voice interface? If so, you’re in luck. Audeme has already surpassed its $12,000 goal on Kickstarter, and is expected to begin shipping the MOVI shields early next year.