Maker attaches an RGB LED to his RepRap 3D printer to paint with lights.

Indian architect Ekaggrat Singh Kalsi has taken the practice of light painting into the third dimension by 3D printing with light. To accomplish this, the Maker has created a new system that swaps out filament for LEDs and captures the resulting print with long-exposure photographs. 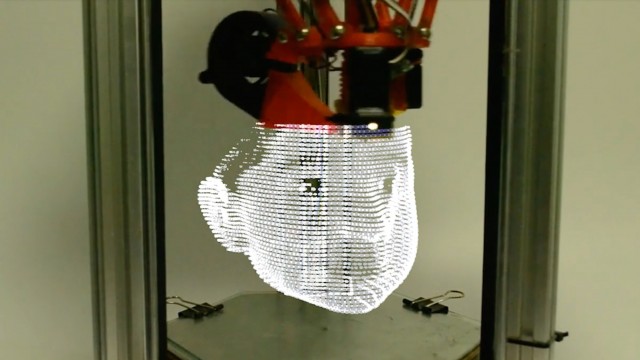 Kalsi began by connecting a 5mm RGB LED to pins 4, 5, 6 on the RAMPS board of his AVR based 3DR Delta printer. With the LEDs attached to the working end of his machine, he was able to use light to trace a shape line by line. Though the object can’t be seen by the human eye while in progress, when combined with the time-lapsed camera, the end result is a floating, hologram-like image. 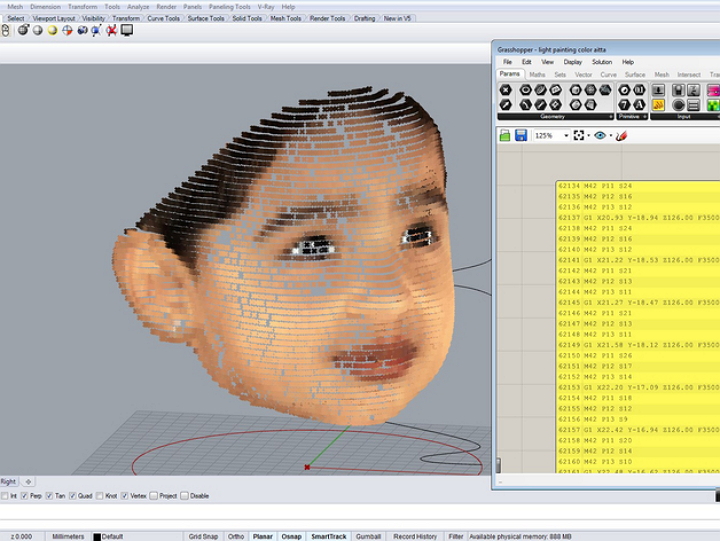 Kalsi produced Gcode for all of the different angles of the face model, while the final results are built as a rotating GIF file of the scan. Beyond that, he wrote a custom Grasshopper 3D script that was capable taking any 3D model and converting it into Gcode. This script is tasked with controlling the path of the LED as well as turning the light source on/off.

Pretty sweet, huh? You’ll want to see it in action below!