Desktop 3D printers pretty much seem to be a dime a dozen these days. And whereas some Makers would prefer to simply go out and purchase one, others would rather take on the challenge of building their own from scratch. Take Ryan Adams, for example. 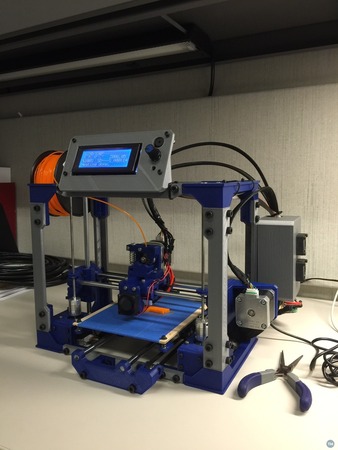 The Maker is collaborating with mapleMaker Media to provide open source 3D printable designs for 3D printers that are aimed towards those DIYers who like constructing their own machines with various custom elements. Their latest project, mapleMaker Mini V2, differentiates itself from a majority of RepRap devices in the sense that it is consists of a frame that is entirely 3D-printed. 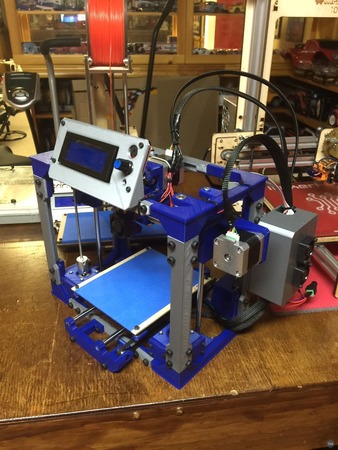 What’s more, the project only calls for 36 hours to print out all the components necessary for assembly. The mapleMaker Mini V2 boasts a large 8″ x 6″ x 6″ build volume and employs an all-metal E3D Lite6 hot-end. Aside from its 3D-printable parts, the rest of the electronics will need to be sourced, which like most DIY machines, include an Arduino Mega (ATmega2560), a RAMPS 1.4 shield, NEMA 17 stepper motors, an LCD panel and an MK8 extruder drive gear. Beyond that, the Maker is running Eric Zalm’s Marlin firmware.

“The aim of this kit was to reduce costs and create an accessible, hackable, upgradeable, and ultimately, user customizable 3D printer. We believe that a 3D printer should evolve with it’s users needs and knowledge, and become a platform for any number of future upgrades and additions without the need for costly re-works or additional components,” its creators explain.

Adams has made his project available on YouMagine, where you will find all of its necessary parts, code and designs.