As part of their “Secret Life of Objects” class, a group of CIID students created a selfie-taking plant.

Without question, 2014 will forever go down in history as the year of the selfie. You’ve seen them just about everywhere, whether it’s your Facebook news feed, Instagram stream or running rampant on Snapchat. The idea of taking a photo of oneself and sharing it has become ubiquitous, transcending well beyond just a fad and into a self portrait reimagined for the age of social media. Selfies are believed to make up nearly one-third of all pictures taken by people between the ages of 18 and 24, not to mention, over half of all men and women have snapped at least one at some point in their lives. Now what if plants could do the same? 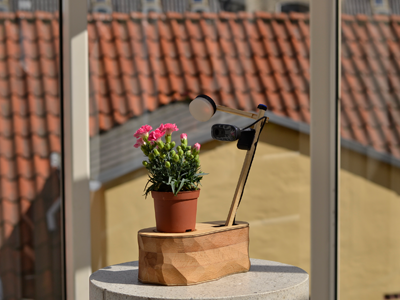 That was the idea behind a recent project from students at the Copenhagen Institute of Interaction Design. As a way to explore how the general public would react to the idea of nature interacting with their social lives, the group of Makers developed the aptly named Selfie Plant.

“In recent times, the selfie culture has risen in popularity, but it has also raised a few questions,” the team explains. “Whether the selfie culture helps to build self-esteem or does it force us for self-obsession? Is it an expression for admiration or is it to achieve a sense of self, place and community? What if nature gets addicted to this selfie culture?”

The project expresses itself in the form of nice-looking selfies, which it captures based on its mood, weather and occasion. Impressively, the potted plant mimics human behavior by giving its best pose and adjusting the camera angle to take the ideal shot. And what would a selfie be without being shared online? The plant then goes on to post the images on Facebook.

The plant is powered by Arduino Yún (ATmega32U4), which controls a set of servo motors and adjusts the position of the plant and camera stick. Meanwhile, a Python script communicates with the Facebook’s graph API to post the captured photos on the plant’s profile. 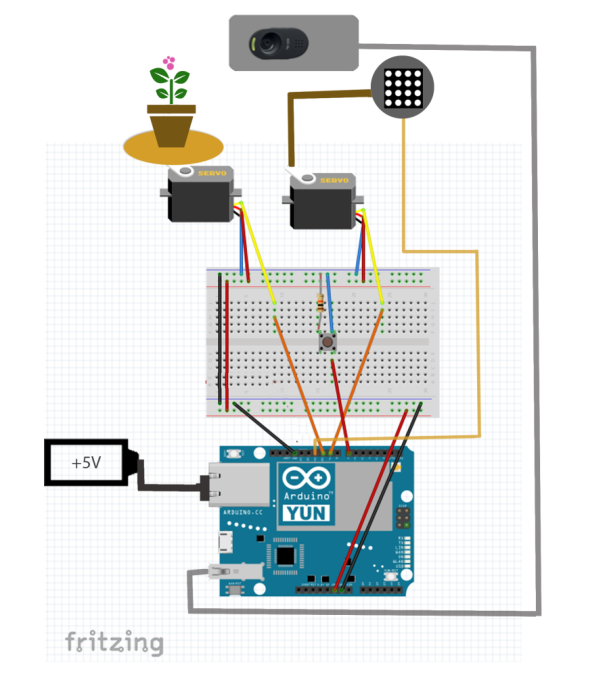 In an effort to further bridge the gap between mankind and its environment, the CIID students hope to one day make the plant autonomous. Until then, you can watch it in action below or read more about it on GitHub here.