Google wants to turn your jeans into actual smarty pants.

Controlling a tablet from the sleeve of your jacket or answering a call with a tap of your jeans aren’t something you can normally do — yet at least. However, if Google’s ATAP division has their way, you will. That’s because at I/O 2015, the company revealed its grand plan for making clothing much more connected, ultimately ushering in the first wave of “smarty” pants.

During their presentation, Google announced their initiative of weaving touch and gesture connectivity into any textile, such as denim and wool, using standard, industrial looms. Project Jacquard will enable everyday garments, and even furniture, to be transformed into interactive surfaces that can be used as trackpads and buttons to control existing apps, phone features and more.

While wrist-adorned devices have stolen most of the wearable spotlight as of late, the emergence of less invasive devices hold the true potential to disrupt the space — so much so that the number of electronic textiles has been projected to skyrocket over the next five years, with more than 10 million articles of smart clothing shipped annually. Undoubtedly, this figure will be possible with a little help from Google.

These wearable objects will work by receiving information directly from the conductive material and then transmitting the data to a nearby device or computer over low-powered Wi-Fi. Meanwhile, LEDs, haptics and other embedded outputs provide feedback to the user, seamlessly connecting them to the digital world.

In order to make this a reality, the first thing the team had to do was create a yarn that could be produced and woven into clothes on a mass scale. And so, ATAP has been working on a textile that combines ultra-thin metallic alloys and common synthetic yarn such as cotton, polyester or silk. The end result is a fabric that’s strong enough to be employed in common pieces of clothing and home interior items, all while looking good enough for actual use. 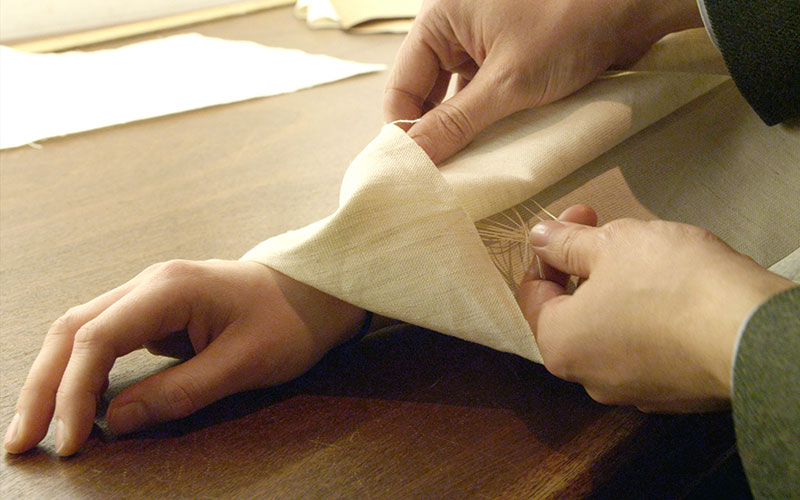 Keep in mind, this isn’t the first time conductive material has been woven into fabrics. If you recall, scientists in Shanghai recently developed battery technology that could be woven into cotton. However, Google has much bigger aspirations of making these sort of products less of a novelty and more of an everyday thing. And so, the tech giant has tapped Levi’s as Project Jacquard’s launch partner.

Levi’s believes that smart clothing could one day allow people to interact more with physical world around them instead of constantly staring down at their mobile screens. Not to mention, having a big name fashion brand behind them will surely help Google expedite the process in bringing smart clothing mainstream.

Whether this comes to fruition or not, one thing is for certain: the success of wearables hinges on unobtrusiveness. Take Tappur, for example, who is turning the human body into a musical instrument, electronics controller and gamepad. Or, Maker Katia Vega who introduced James Bond-like technology that lets users discreetly open applications, send preset messages and broadcast their location through a stroke of their hair.

Perhaps Google’s Ivan Poupyrev sums up the future of this technology best, “You would not call it a wearable, you would call it a jacket.”

Intrigued? Head over to the project’s official page here.