Based on an ARM Cortex-M0+ MCU, this board features an altimeter, a 9-DOF IMU and wireless capabilities.

In recent months, the Femtoduino crew has been hard at work developing a range of new boards, including their highly-popular IMUduino BTLE, and even more recently, the uber-mini FemtoUSB. Now, after much anticipation, the crew has returned with a dime-sized FemtoBeacon. 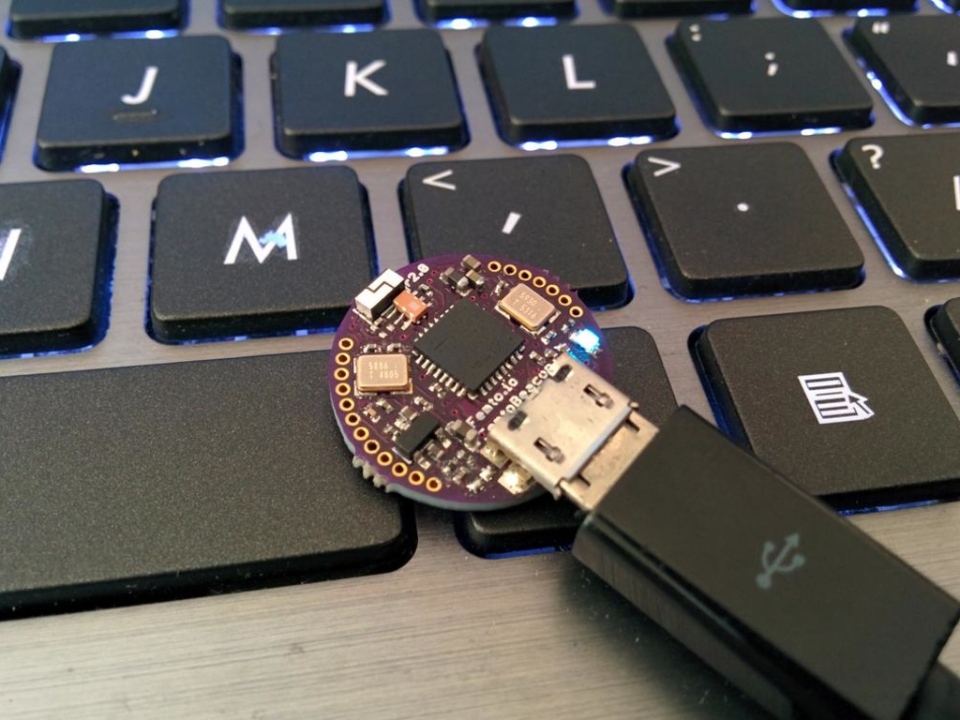 Currently live on Kickstarter, the tiny board (only 18mm in diameter) is based on an Atmel | SMART SAM R21 Cortex-M0+ MCU and is packed with a 9-DOF IMU, a temperature sensor, an altimeter and integrated wireless capabilities such as ZigBee and mesh networking.

Built around the ARM Cortex M0+, the FemtoBeacon features 256KB of Flash and an on-board voltage regulator outputting 3.3V. At the moment, the device uses a 26MHz crystal with 9PF caps, but it should be noted that the SAM D21 is capable of going up to 48MHz. The chip also supports uploading programming over USB, thanks to the SAM-BA bootloader, and the FemtoIO fork of the BOSSA utility. The entire flash storage may be used if programmed with the Atmel-ICE dongle via SWD.

“Hopefully, this small Kickstarter campaign can raise enough money to get a small batch built, and subsequently have libraries developed,” CTO Alex Albino writes. Ideally, with enough funding, the team is looking to extensively upgrade its wireless IMU and programming capabilities, as well as add other features like Arduino compatibility.

Intrigued? Head over to the FemtoBeacon’s Kickstarter page, where Femtoduino is seeking $500. Shipment is slated to begin July 2015. In the meantime, you can follow along with their latest work, libraries and examples on Github here.