Arduboy is a credit card-sized system that lets you play, make and share 8-bit games.

That age-old printed business card sitting in your wallet is so passé. Imagine if instead of simply handing them out, you could play retro games on them as well. Well, that may all soon be a reality thanks to Kevin Bates, who has designed an interactive, credit card-sized device that comes with an OLED display and an array of playable games built right into it. 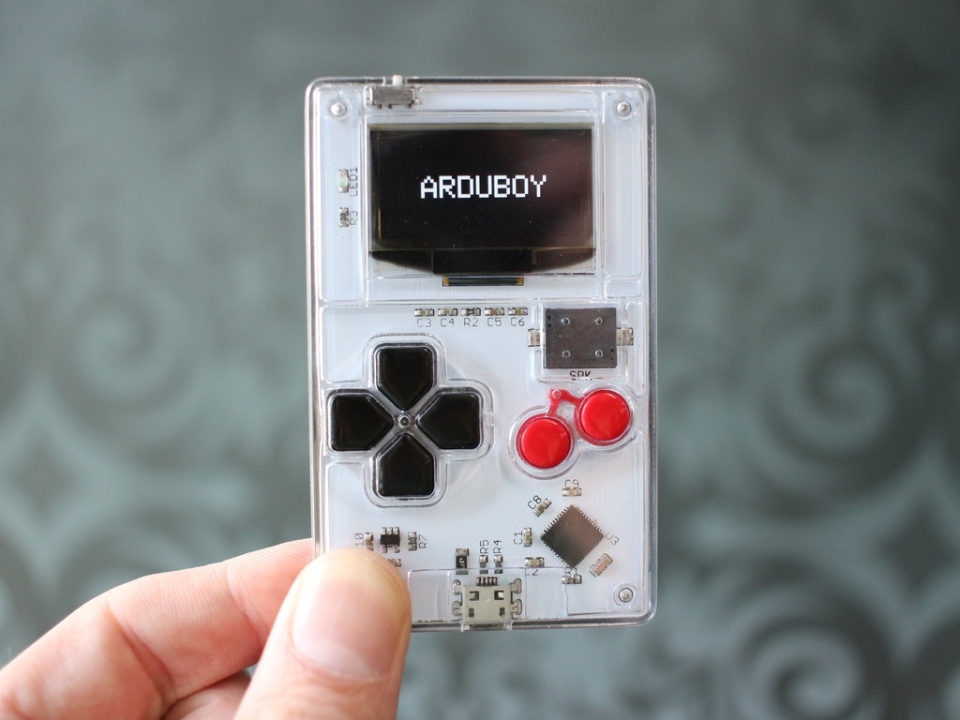 Arduboy is an open source platform that allows people to play, create and share their favorite games, ranging from attacking aliens to breaking bricks to racing UFOs. Even better, the Arduboy Arcade is entirely free and designed to spark up nostalgia of a more simpler time through its true 8-bit, black-and-white graphics.

If this sounds familiar, that’s because the Maker originally debuted the Arduboy last year as the ultimate business card to show off his electronics skills to potential employers. However, given its incredible response online and throughout the media, Bates decided to quit his job, move to China and is now bringing the mini handheld gaming system to the masses through Kickstarter. 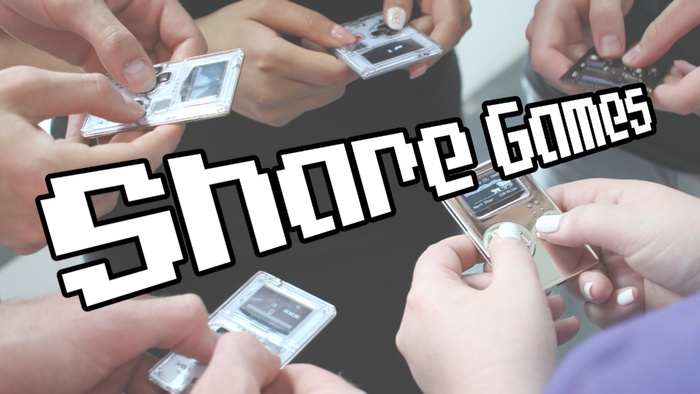 Based on an ATmega32U4, the Arduboy packs a two-channel piezo speaker, six soft-touch tactile buttons, along with an eight-hour rechargeable battery life — which is plenty of juice for daylong gaming on the tradeshow floor. Aside from its circuit board, the uber thin (only 5mm) device boasts a polycarbonate front and a stamped metal back, as well as micro-USB connectivity with a built-in HID profile. While it may be a bit thicker and larger than the original, this makes it much more durable and incredibly pocket-friendly for some discreet use within the classroom or workplace.

What’s more, since it was devised on Arduino software, it’s also an excellent way to learn how to code. Bates points out that Arduboy can be programmed in Arduino IDE, Codebender, GCC and AVRDude. The Maker adds, “Anyone can make games for the Arduboy. Free online tutorials guide you through a step by step process on how to develop your own software! There are already plenty of examples to learn from. Ever wanted to create a level or map for your favorite game, or make your favorite character jump higher? Now is your chance!”

To no surprise (because, well, it’s just that awesome), Arduboy has garnered over $400,000 from nearly 7,000 backers. Subsequently, a majority of its stretch goals have been unlocked including vibrantly colored PCBs and a special edition gold-backed gadget. 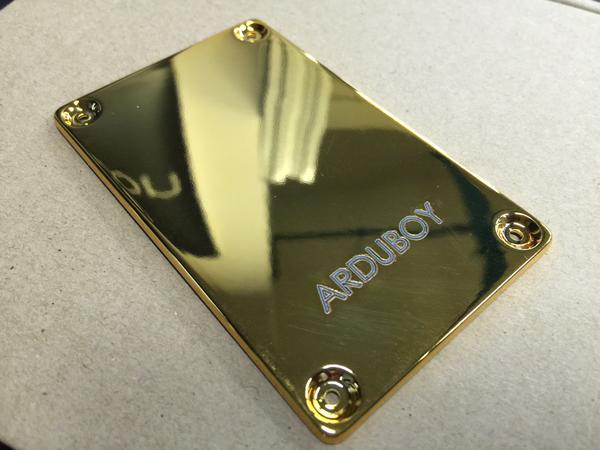 Want one of your own? Hurry over to Arduboy’s official Kickstarter page, where time is running out. Delivery is slated for October 2015.

4 thoughts on “Arduboy is a video game-playing business card”