When you’re just too tired to play with your pets, this automated gadget can help.

If you’re a cat owner, you know this situation all too well: You’re sitting on the couch or in the office chair, and suddenly good ol’ Whiskers comes over. With a ball in month, he suddenly drops it in front of him and begins to meow. As he continuously gazes up at you in hopes of throwing the ball, you have no choice but to succumb to that cute little face. However, no matter how much you love your pets, sometimes you’re just too tired from a long day at work to give them the attention that they deserve and often require. Faced with a similar dilemma, Maker Miska Karvonen took it upon himself to devise an Arduino-based solution that would take care of the tedious task itself. And so, the Cat Laser Entertainer Robot was born. 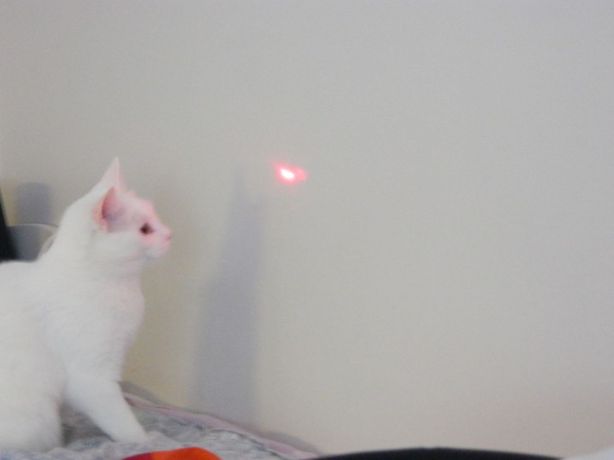 The automated machine has one job and one job only: To keep your cat occupied by chasing every feline’s favorite device, the low-power red dot laser pointer. The Maker employed an Arduino Uno (ATmega328) along with a simple shield, two 9G mini servos, and of course, the 5mW laser to complete the project. The Arduino runs on either a 9V battery or a USB port. Meanwhile, the Maker produced the robot’s parts using his own AT90USB1286 driven Printrbot 3D printer. The entire printing process took him just over an hour, all while costing no more than 15 cents. 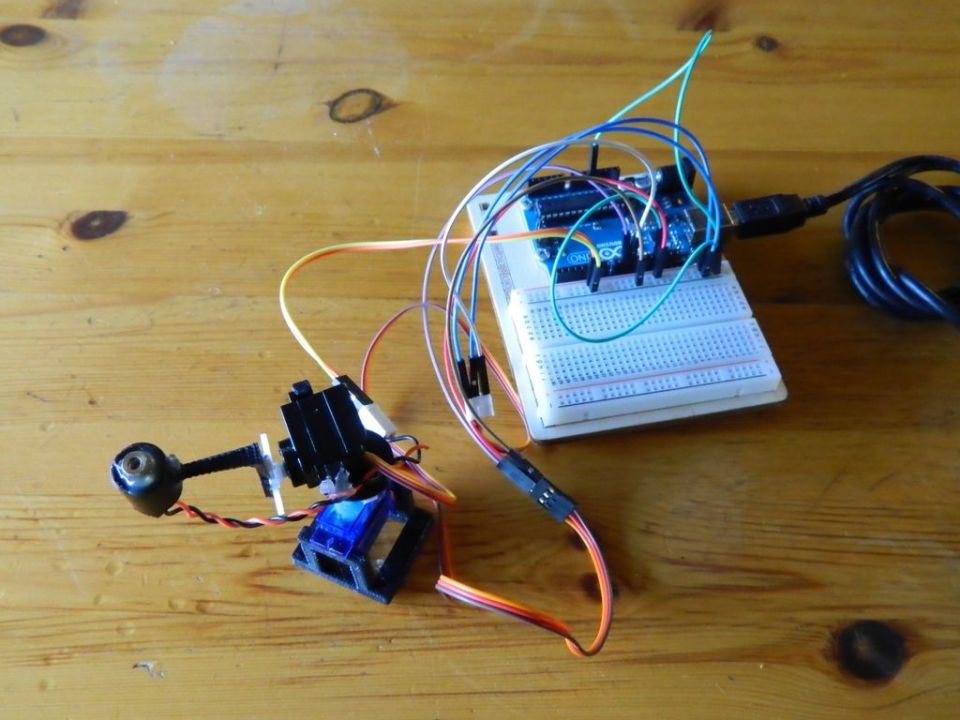 With the build just about done, Karvonen programmed his Arduino so that the servos randomly move along the wall, and not so much the ceiling or floor. After all, as he explains, “Cats are not interested in red dot on the ceiling where she can’t reach.” 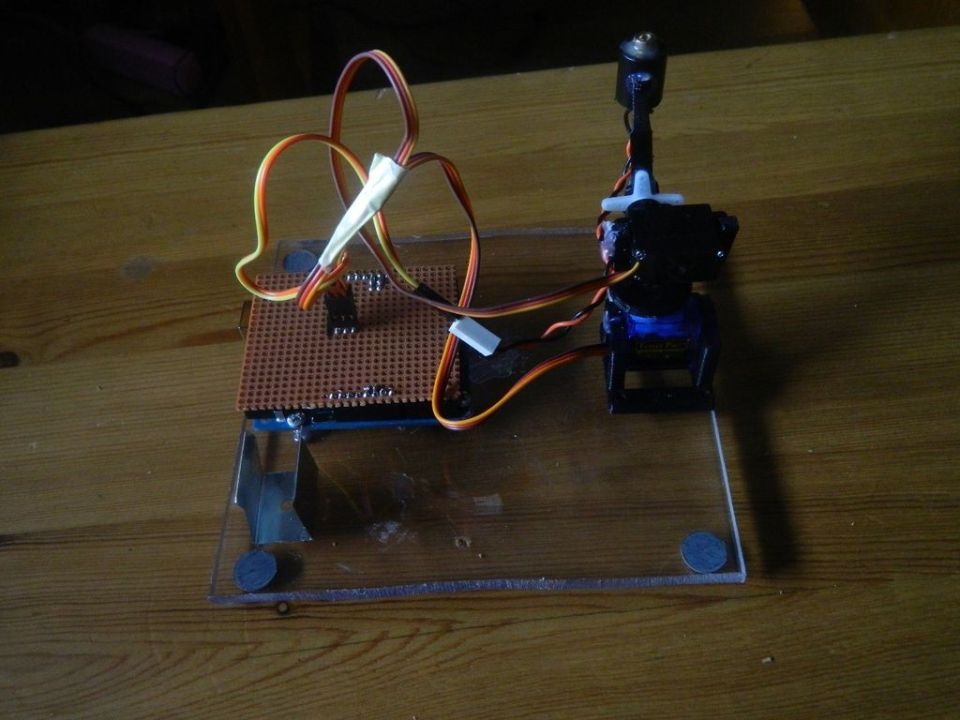 So does it work? As you can see at the tail-end of the video below (around the 0:50 mark), the Maker’s exhausted cat appears to be pretty content as it lies on the floor and the robot continues to move. Cat lovers everywhere, rejoice! Need one of your own? Find a step-by-step breakdown of the pawesome project here.