This is ‘phreaking’ awesome!

Dating back to the ’60s and ‘70s, blue boxes were electronic devices that generated the same tones used by telephone operators’ dialing consoles, enabling users to make free long-distance calls. While they may have become obsolete, a site by the name of Project MF allows users to make blue box-like calls (except that it abides by the law) like Steve Jobs and Steve Wozniak in their pre-Apple days. 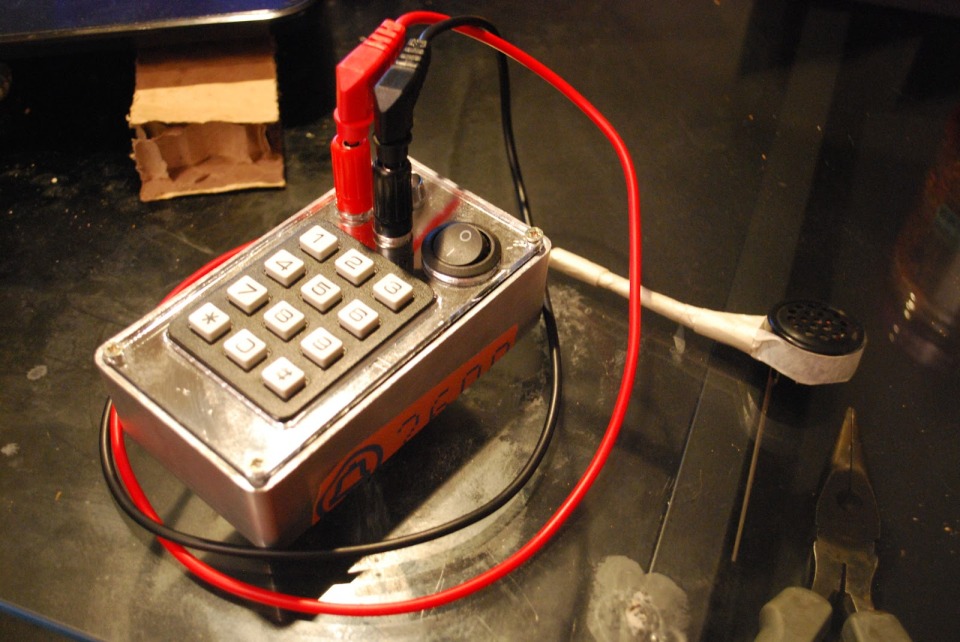 Maker Steve Lodefink and his son Harlan, who became interested in vintage computing and phone phreaking, recently decided to create a slick phone-tone generator from scratch that they could use with Project MF. The unit itself was based on an earlier Arduino BlueBox by Nick Poole.

In case you were wondering, the Maker had turned an Arduino Uno (ATmega328), a keypad and a buzzer into what he dubbed a “Rainbow Box” that emulated five different phone phreaking tone generators. These components were all housed inside an aluminum enclosure, covered with some masking tape and slapped with 2600 Magazine stickers to give it the full vintage look.

In the latest iteration of the device, the father-son duo had configured their DIY blue box to unlock and listen to a bunch of old recordings of DTMF music, interviews with blind phone phreaking pioneer ‘Joybubbles’ and other relics, Boing Boing reveals.