This 32-bit board crams the functionality of the Arduino Zero into a smaller package.

During last year’s Maker Faire Bay Area, Arduino revealed its latest development board, the Zero. Based on the Atmel | SMART SAM D21, the 32-bit MCU packs 256KB of Flash, 32KB SRAM in a TQFP package and is compatible with 3.3V shields that conform to the Arduino R3 layout. Inspired by this design, Maker Sean Swift and the Rabid Prototypes team took it upon themselves to develop an inexpensive, open-source variant that takes the functionality of the Zero and crams it into a much smaller form factor. As expected, the Neutrino is also based on an ATSAMD21G18, runs at 48MHz and boasts 32KB of RAM. 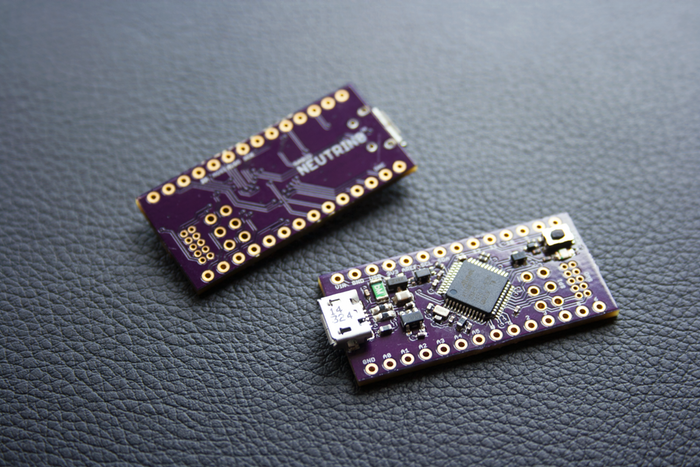 “Neutrino is far more capable than your typical Arduino,” its creators note. “And because it has the same processor and pinout, all libraries written for the Zero will work on the Neutrino without any modification.”

Like most Arduinos, Neutrino was built with ease-of-use and the DIY community in mind. That being said, the board can be programmed using either the Arduino IDE or a JTAG programmer, like the Atmel-ICE. Makers simply plug it directly into their PC using a Micro-USB cable, select the unit that they wish to program, and hit the upload button within the IDE when ready. 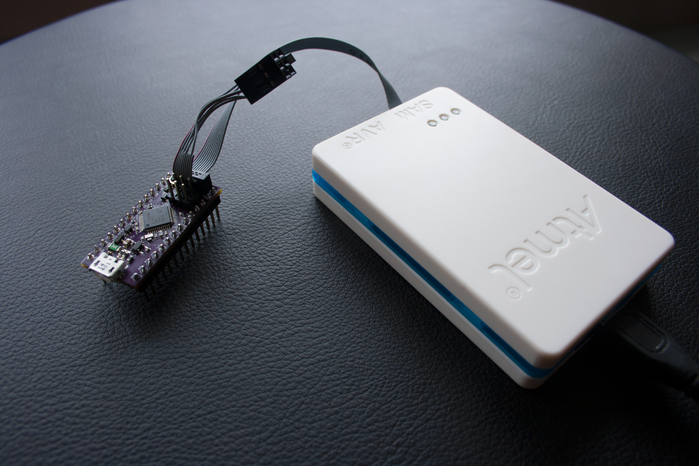 The Rabid Prototypes crew says that the SAM D21 based device ships pre-installed with the Zero bootloader, and will auto reset when the USB serial port is opened by the IDE. In the event that this fails, “You can always hit the reset button on the board to force it to enter bootloader mode after your program finishes compiling,” Swift adds.

The Neutrino comes with a convenient power multiplexing circuit, allowing Makers to recharge via USB, battery or a 3.3V regulated supply when necessary. What’s more, the board can power up USB devices when acting as a USB host, but as Swift notes, this will require a 5V supply to the VIN pin. A 500mA resettable polyfuse protects the Neutrino and PC if too much current is being drawn. 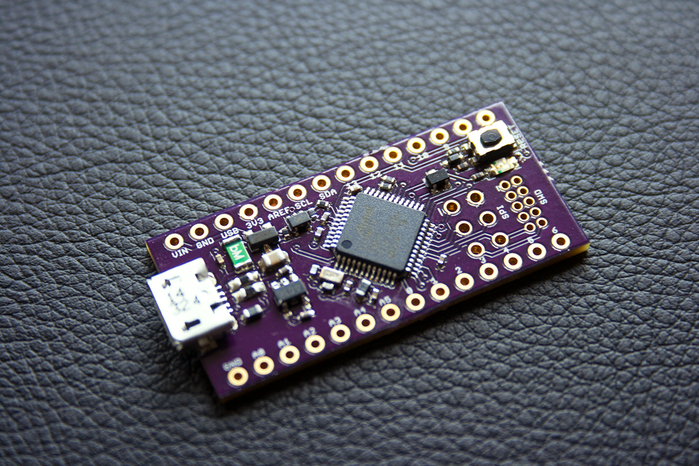 Beyond that, Neutrino boasts a number of other notable features as well. For instance, Makers can employ its built-in LED as a status and power indicator, transform the board into a virtuoso by connecting an amplifier, or link to a USB LiPo charging backpack when on the go.

Sound like a board you’d love to tinker with? Head over to its official Kickstarter page, where the Rabid Prototypes team is currently seeking $5,000. Shipment is expected to begin in June 2015.