Wakē will make sure that you never get woken up by your partner’s alarm again!

In this day and age, it seems like whenever one person wakes up at a certain time, the other partner has no choice but to do so as well. Aside from that, there’s nothing quite as annoying as the sound of an alarm clock to set the day off on the wrong foot. Wouldn’t it be nice if there was a less abrupt way to rouse from a good night’s rest? 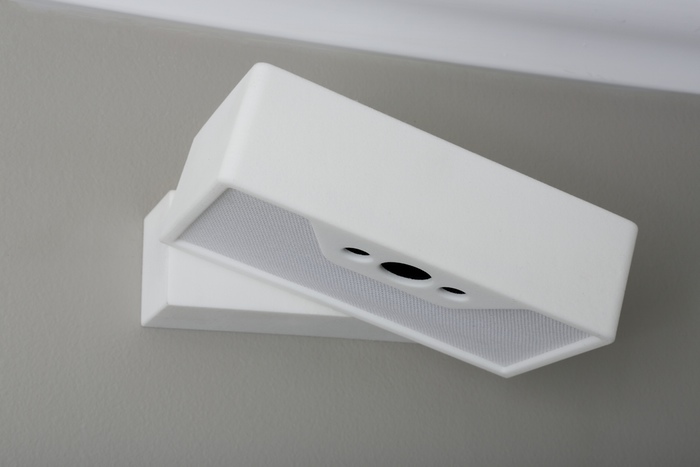 Meet Wakē, the brainchild of Lucera Labs. While the Los Angeles-based startup isn’t the first to mimic the natural sunrise for a gradual awakening, it differentiates itself by converging incredibly-targeted sounds and warm light to spare a loved one or roommate.

How it works is pretty straightforward. Wakē mounts to the wall behind a user’s bed and connects with their smartphone (iOS and Android) via Wi-Fi. When it’s time to get up, the white-brick-shaped box uses an IR sensor to locate where the person is lying, and instead of using normal speakers that would keep a loved one from some valuable extra minutes of shut-ete, it sends targeted beams of white LED light and sound directly to one’s face. These narrowly focused ultrasonic waves are emitted from a parametric speaker.

The solution comes with its own companion app that works like a regular alarm clock. A user simply tells Wakē on which side of the bed they sleep, and the manner in which they would like to be woken. The device then takes it from there. What’s more, there’s no need to fumble for an ‘off’ button; rather, Wakē will power itself down after detecting when someone has gotten out of bed. And should a user need a few extra minutes, they can always snooze or deactivate the alarm using the app.

Additionally, the Lucera Labs crew has dreamt up a number of other functionalities that could be added with future firmware updates. For instance, Wakē may be employed as a reading light, a notification system for late-night calls, an alert for caregivers if an elderly person gets up and doesn’t return to bed. And for those with newborns, it may even direct a baby’s cry using its parametic speaker to whichever parent is on duty. 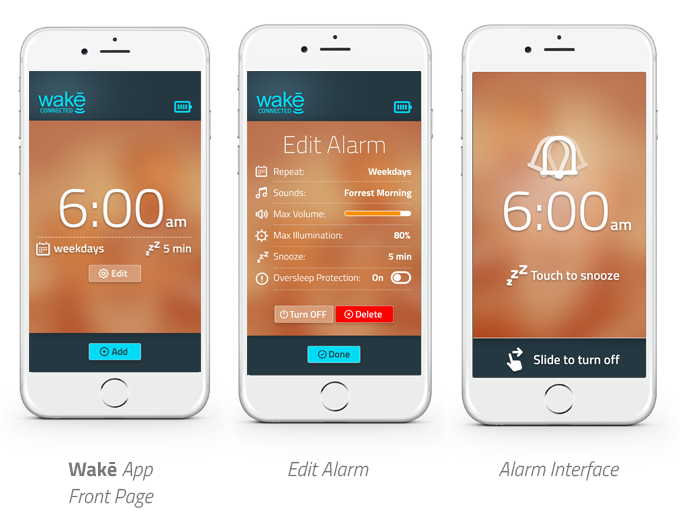 “We used tons of Atmel chips during development,” a company rep has informed us. “It’s been a great platform for us.” As from its Wi-Fi-connected microprocessor, Wakē’s parametric speaker was inspired by Maker Richard Haberkern’s Soundlazer kits.

Sound like something you’d love to have in your bedroom? Wakē is currently live on Kickstarter, where its team is seeking $100,000. Shipment is expected to begin in September 2015.