EE Times highlights the ongoing game of leapfrog between MCU vendors for the lowest-power solution. Can you guess who’s winning?

Writing for EE Times, Rich Quinnell notes that MCU vendors have become engaged in a new game of leapfrog, announcing a slew of products with ever-improving benchmark results and leadership in ultra-low power processing. 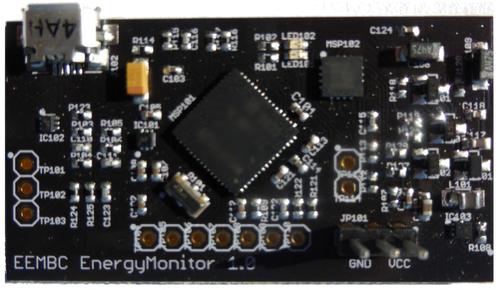 “While this may seem like a marketing game, developers will ultimately be the winners as vendors refine their techniques for saving power. In the past, a low powered MCU also meant low performance, but vendors have been challenging this correlation by offering increasingly powerful MCUs for low-power applications,” he writes. “Developers, however, faced a problem in evaluating these offerings. Traditional specifications such as operating current in mW/MHz and sleep-mode leakage currents became increasingly difficult to evaluate in the face of the multiple power states that devices offered, and in the face of inconsistency in the industry in the descriptions and specifications used to characterize low-power operation.”

The Embedded Microprocessor Benchmark Consortium (more commonly referred to as EEMBC) develops benchmarks to help system designers select the optimal processors and understand the performance and energy characteristics of their systems. EEMBC has benchmark suites spanning across countless application areas, targeting just about everything from the cloud and big data, to mobile devices (Android phones and tablets) and digital media, to the Internet of Things and ultra-low power microcontrollers. In particular, the EEMBC ULPBench power benchmark, which was introduced last year, standardizes datasheet parameters and provides a methodology to reliably and equitably measure MCU energy efficiency.

“This is one of the strictest benchmarks we’ve ever done in terms of setup and such. The benchmark has the MCU perform 20k clock cycles of active work once a second, and sleep the remainder of the second. This way each processor performs the same workload, which levels the playing field with regard to executing the benchmark,” EEMBC President Marcus Levy told EE Times in a recent interview.

In order to calculate the final ULPMark-CP score, 1,000 is divided by the median value for average energy used per second during each of 10 benchmark cycles. A larger value therefore represents less energy consumed.

Using this benchmark, MCU vendors have begun publishing their results and surpassing one another to temporarily claim their stake at the top of the low-power leaderboard. Still, the leapfrog game is likely to continue for some time. Andreas Eieland, Atmel Director of Product Marketing explained to EE Times, “Low power is an area where everyone is pouring a lot of R&D into, and it has taken on a much faster pace than before. We know we’re the lowest power now, but you never know where your competition is in its efforts. So, we’re already looking at the next step.”

Eieland points out that at first low-power development efforts mainly concentrated on architectural improvements to the CPU, however optimizing the CPU wasn’t enough. This meant companies needed to begin going through every peripheral and optimizing it, looking at every transistor in the product. He adds, “We [Atmel] started developing clock-on-demand features, logic that allows peripherals to operate stand-alone, using the minimum circuitry needed to complete their task, gating away the clock and even establishing a variety of power domains so we could shut down circuits not in use and eliminate even their leakage current.”

“TI surpassed its own earlier result by announcing the MSP-432 family based on the Cortex M4F. It achieved a ULPBench score of 167.4. While TI was briefing the media on this product, however, Atmel quietly published a ULPBench score of 185.8 for its SAM L21 MCU based on the Cortex M0+, a product announced last year that was scheduled to be released at about this time,” Quinnell reveals.

The Atmel | SMART SAM L21 family delivers ultra-low power running down to 35µA/MHz in active mode, consuming less than 900nA with full 32kB RAM retention, and 200nA in the deepest sleep mode. With rapid wake-up times, Event System, Sleepwalking and the innovative picoPower peripherals, the SAM L21 is ideal for handheld and battery-operated devices in a variety of markets.

As time goes on, we can surely expect to see benchmark scores continue to improve and the competition to pick up. However, despite their differences, everyone can agree that these scores are only a mere starting point for developers seeking the lowest-power device for their design.

“The ULP benchmark isn’t 100% fair; no benchmark can ever be,” Eieland concluded. “But it does take a lot of the marketing out of low power, and it gives you a relative comparison you can use.”

Want to read more? Head over to the entire EE Times write-up here.