This large 3D clay printer is ideal for potters, digital artists and Makers.

Plastics, metals, woods and even chocolates are among some of the materials currently being used by 3D printers today. While they may be great mediums for rapid prototyping, they simply won’t suffice for artists and craftsmen looking to create elaborate things out of clay. That was until now. Thanks to the duo of Dutch inventors Yao and Marlieke, who together make up the startup VormVrij, DIYers will soon be able to fabricate ceramic pieces faster than ever before. 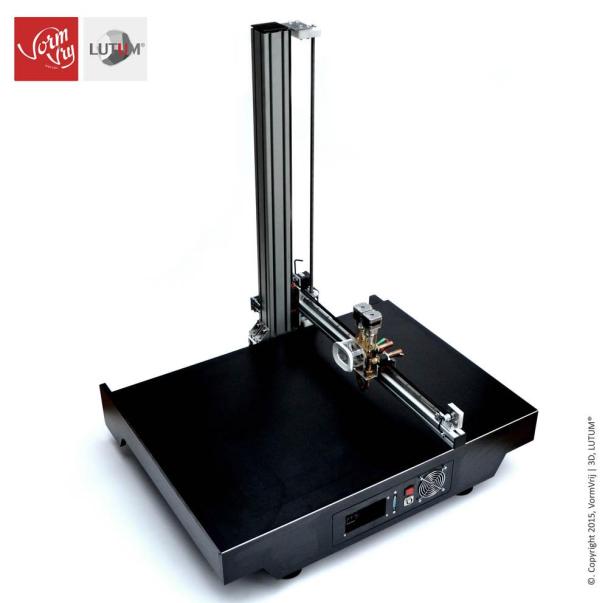 As we’ve previously covered on Bits & Pieces, VormVrij has been focused on using clay as an alternative to plastic filaments and debuted their first machine last fall. For those unfamiliar with this niche, typical ceramic printers can be a bit pricey when compared to more traditional polymer-based devices. Aside from that, these machines can require a considerable amount of time and attention to the recipe of the clay itself. Luckily, the startup has introduced a new process that is meant to replace the usual scenario where a sculptor creates a bust as the model sits or similar services where the model is scanned and printed.

The Netherlands-based duo has announced that they have released a new line of dual claystruder LUTUM 3D printers, which start at €4,655 ($5,065). Following in the footsteps of last year’s prototype, this family of devices all boast the same base and can print within a volume of at least 650mm x 700mm x 700mm. Yet, each of the four models possess varying extruder systems and clay tank sizes. The printers are all prepared for future updates as well, ranging from automatic nozzle cleaning systems to arm lights for better print vision.

In terms of the clay system, the storage and pressure vessels are comprised of high-pressure plastic with a transparent tube that enables users to easily check clay levels. The maximum working pressure is 5 Bar (72psi) and the vessels are equipped with a pressure dial to ensure consistency during a print job, a pressure relief valve for safety, and a quick-snap air hose connector on top. The vessels come in two different sizes, 3.5 liters and 8 liters, depending on the amount of clay needed for the job.

The LUTUM series was designed with ease-of-use in mind. That being said, the printers each feature a single press-dial system and a 128 x 64 LCD screen. This unit includes SD support for standalone printing, as well as a USB connection on its front-panel for a direct computer interface. As in their predecessor, the printers are all based on Arduino Mega (ATmega2560) and RAMPS 1.4.

Perhaps one critical attribute of the clay 3D printers is that they are considerably faster than any existing desktop machine. While it may take hours to devise a flower vase on a FDM or SLA 3D printer, for example, one of the LUTUM 3D printers can whip up one in a matter of minutes.

Sound like something you’d like to have? Head over to the company’s official page to learn more.