The newly-launched Arduino IDE comes with a number of improved features.

For years, the open-source Arduino IDE has enabled millions of Makers to easily write code and upload it onto the highly-popular, Atmel based boards. The program — which is written in Java and based on Processing among other open-source software — runs on Windows, Mac OS X, and Linux. And today, the team has announced the availability of the Arduino IDE 1.6.1 — an improved version of last month’s update. 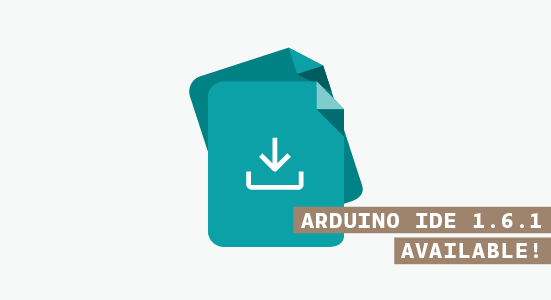 “Since the day we started developing the first 1.5 version we have received a lot of feedback, suggestions and contributions from our vibrant community and we would like to thank you all for your passion and goodwill,” Arduino shared in its recent blog post.

1.6.1 is packed with a number of new features, including:

Upon releasing version 1.6.0, the team notes that it received quite a bit of feedback on Github, via email and across online forums. As a result, the following issues have already been resolved:

According to Arduino, they are currently working on 1.6.2, which will entail some very useful elements and user experience enhancements.