Talk to the (robotic) hand!

Those looking for a friendly game of “Rock-Paper-Scissors” will be happy to learn of this recent project from our friends at littleBits. While it may not be nearly as high-tech as the unbeatable one from Japanese researchers at the Ishikawa Oku Laboratory, it is impressive nevertheless. Even better, it’s simple to build and play. 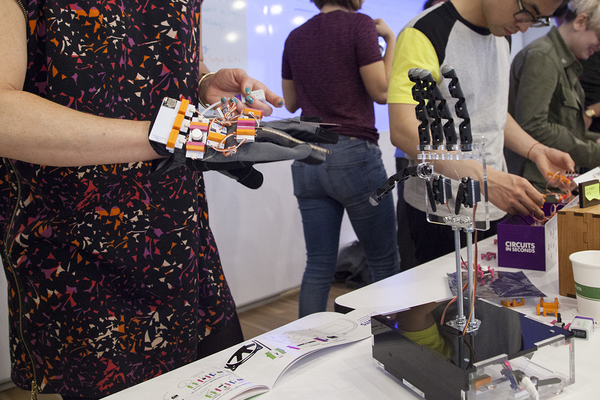 The Watson-like gadget is comprised of two parts: the robot and a glove. The robot is controlled by a littleBits Arduino module (ATmega32U4) and programmed to randomly move into either rock, paper, or scissor position when prompted by you. Meanwhile, the glove includes a start button along with two bend sensors on both the index and middle finger. When the button is pressed, the wireless interaction is triggered and a countdown begins. “1,2,3 shoot.” 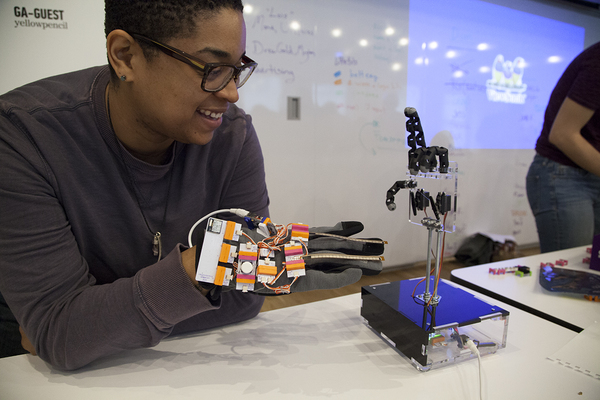 Choose your hand position, and the animatronic hand will do the same. A wireless module sends what you’ve played to the embedded Arduino module inside the robot. At that point, the robot will choose its playing hand, compare the two results and emit a tune depending on whether you won, lost or tied.

Ready to play? Head over to its official project here. For you Big Bang Theory fans out there, you may also want to check out this pretty awesome Rock-Paper-Scissors-Lizard-Spock device. Bazinga!