Now, long-distance lovers can feel the presence and the emotional state of each other without making phone call.

A long-distance relationship (LDR) is typically an arrangement characterized by a considerable geographic distance and lack of face-to-face contact. According to Wikipedia, LDRs are particularly prevalent among college students — constituting 25% to 50% of all LDRs.   As expected, quite a number of individuals maintain contact with their partners over the Internet in real-time via voice or video chats. But what if couples prefer to communicate using a slightly different medium, specifically with a geeky twist? 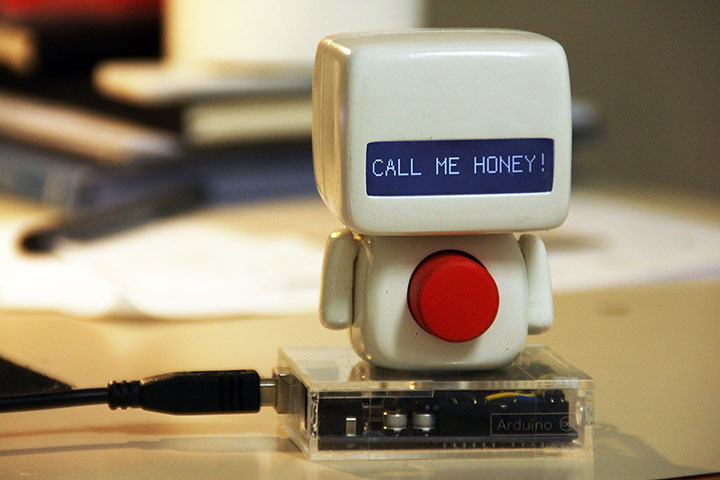 The paired robots are sychronized through Internet, while users can change the state of the robot to refect his/her own emotion and the other robot updates automatically. Now, long-distance lovers can feel the presence and the emotional state of each other without making phone calls — something that’ll surely come in handy on Valentine’s Day.

The system itself was built and designed using a combination of open-source hardware and a 3D-printed enclosure. Interested in learning more about el Niño and sharing your love to someone thousands of miles away? Check out the project’s official page here.