The V-One will allow Makers to go from concept to creation in just minutes.

The emergence of 3D printing continues to revolutionize the way in which companies and Makers go about the prototyping process. And, as you’re well aware, constructing your own circuit boards can certainly be a daunting task. Now, what if converging these two elements could significantly cut down the time between concept and creation? That’s the idea of Voltera’s new V-One circuit printer, which we first saw on the CES 2015 show floor and has since hit Kickstarter. The Waterloo-based startup is hoping to eliminate many of the frustrations typically associated with traditional fabrication, all while accelerating development. 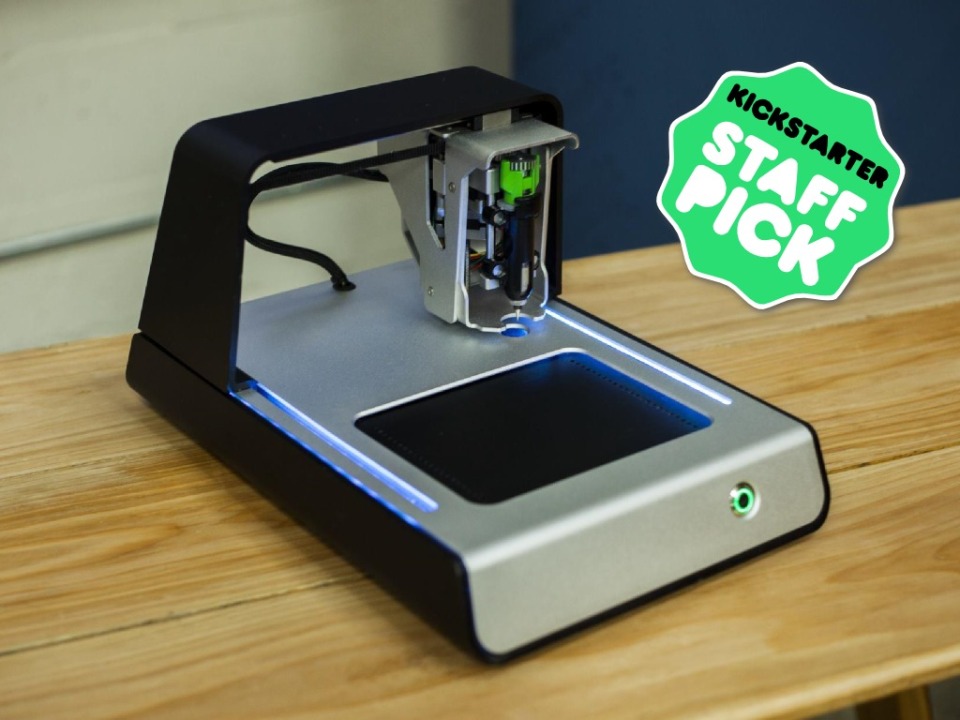 According to the team, the Voltera V-One is the first conductive ink printer that goes further than simply printing single layer circuits on paper. The device is said to be capable of producing electrically-separated dual-layer circuits onto FR4. What’s more, the V-One can create an insulating mask that goes over the first layer of conductive ink before a second layer is printed, thereby enabling traces to cross over each other. It also offers a solder paste option to let Maker reflow surface-mount components onto existing boards.

How it works is relatively simple. Using a print head full of conductive ink, the Voltera can recreate a variety of circuit traces from a schematic that are required to connect chips and other hardware components together. The printer itself only has one button, in addition to magnetic ink cartridges that are designed to snap on/off, allowing for easy transitions between materials. Meanwhile, its software will guide a user through each step and handle all of the file conversions.

As easy as the process may be, it is important to point out that these boards aren’t meant to replace mass manufactured PCBs altogether. Instead, it is merely a prototyping tool that aspires to help bring ideas to life in a much quicker, more efficient manner.

“How many times have you tossed out a board because you used the wrong footprint or because you forgot a pull-up resistor? If you’re anything like us… more times than you’d like to admit. Now you can quickly test an idea without wasting money or two weeks of your time,” the team writes.

Each printer will come with template boards — which at the moment are shield boards for the Arduino Uno (ATmega328) and Mega (ATmega2560) — that are cut to shape and pre-drilled to get you up and running in expedited fashion. The machine is compatible with a number of operating systems, including Windows, Mac and Linux, as well as CAD tools like EAGLE, Altium, Upverter and KiCad.

The team shares that a relatively standard layout, such as that of an Atmel based Arduino, can print in just about 15-20 minutes. Then, add 30 minutes for the ink to dry, and you have yourself a finished prototype circuit board in under an hour — all with just the press of a button.

And while the V-One may not be the first circuit board printer to hit Kickstarter, it does appear to be one of the more impressive and advanced devices we’ve seen thus far. If you recall, both Voxel8 and Squink are also seeking to make 3D-printed electronics a reality. Want a circuit board prototyping machine of your own? Head over to its Kickstarter page now, where Voltera been garnered over $500,000.