It was most mind-blowing (or controlling) episode yet!

Given the ubiquity of DIY culture today, it’s no surprise that the Maker Movement has hit primetime with the debut of Science Channel’s new series All-American Makers. In case you haven’t had the chance to tune-in yet, the premise of the show is to give innovators and entrepreneurs an opportunity to pitch their ideas in return for funding and help being brought to market.

The ABC Shark Tank-like show for the engineering and Maker savvy, which stars Printrbot founder Brook Drumm, roboticist Brian Roe and venture capitalist Marc Portney, airs on Wednesday nights at 10 p.m. ET. Most recently, the panelists were presented with the Puzzlebox Orbit — a mind-controlled, ATmega328 powered helicopter — by Joshua Macias and Steven Castellotti, both of whom you may have seen in our Maker Faire Bay Area booth in previous years. If you recall, the Bay Area-based company also took to Kickstarter way back in 2012, where it successfully garnered over $74,000.

While you may see neighborhood kids, or even adults for that matter, playing with remote-controlled helicopters in their yards today, the remote control that operates that toy may soon take a back seat — thanks to Puzzlebox. The startup recently created a toy ‘copter they call Orbit that is capable of being controlled through brainwaves via an electroencephalography (EEG) headset that reads electrical activity along the scalp and communicates to the device over Bluetooth. The company’s software then extracts and visualizes those brainwaves in real-time, issuing command signals to the Orbit via an infrared adapter. 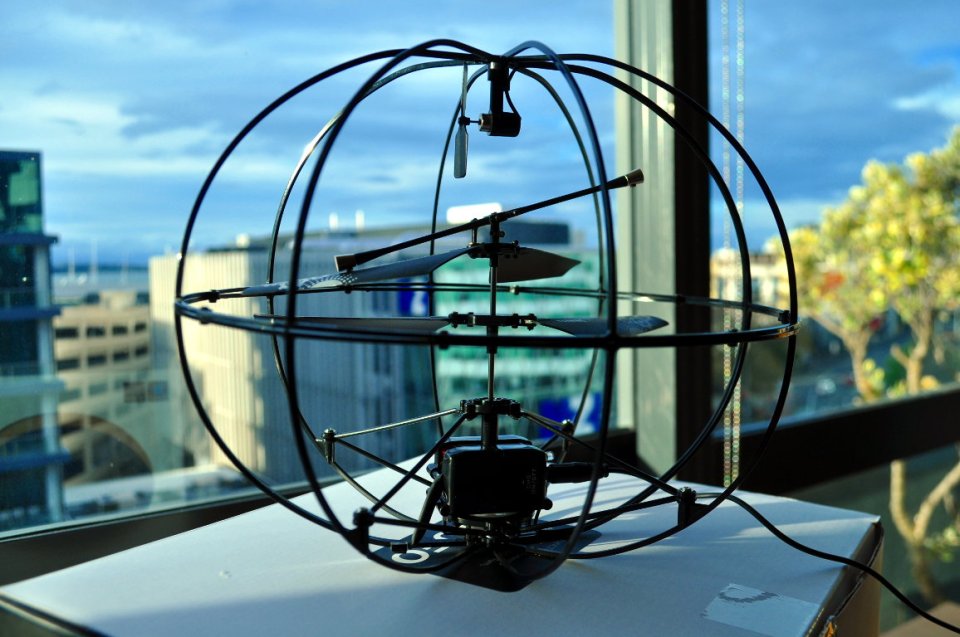 “Just weeks into its freshman run on the Science Channel, the network’s new series All-American Makers has highlighted some pretty fun tech, but Wednesday’s episode might have some of the coolest yet,” Mashable’s Sandra Gonzalez writes. And, having been able to play around with Orbit, we must agree. It’s mind-blowing!

If you missed the show’s latest episode, you can check out the team’s pitch here. Meanwhile, you can also read a recent blog post from Castellotti on Bits & Pieces.