Makers, meet the most refined Delta printer yet.

Over the past few years, the Maker Movement has ushered in a wave of Delta-style 3D printers. Given their open-source, easy-to-assemble and expandable nature, not to mention affordability, the machines have become a popular choice for hobbyists throughout the world. However, these DIY devices have been found to sometimes be on the flimsier and fragile side. Well, one Taiwanese company is looking to change all that by launching what they believe to be “the most refined Delta printer yet.”

Unlike some others we’ve seen before, the ATOM 2.0 embodies a much sturdier look and feel than its predecessors, constructed entirely out of metal using a modular assembly system. Based on an Arduino Mega 2560 (ATmega2560), the printer boasts a spacious build volume and packs an all-new triple fan cooling system in its center hub. One fan is dedicated for stabilizing the hot end temperature, while remaining dual fans provide accelerated cooling for freshly laid down filament. This, of course, enables precise prints in relatively fast speeds, at extreme angles, and even bridges without support material.

“We’ve re-designed the entire hot end assembly from the ground up and custom built our parts so they can fit together seamlessly to provide a super consistent extrusion of filament. The hot-end is CNC milled from titanium and, paired with the custom aluminum heatsink, ensures that the heating stays in a very localized area for better temperature control and better preservation of filament integrity,” the team writes. 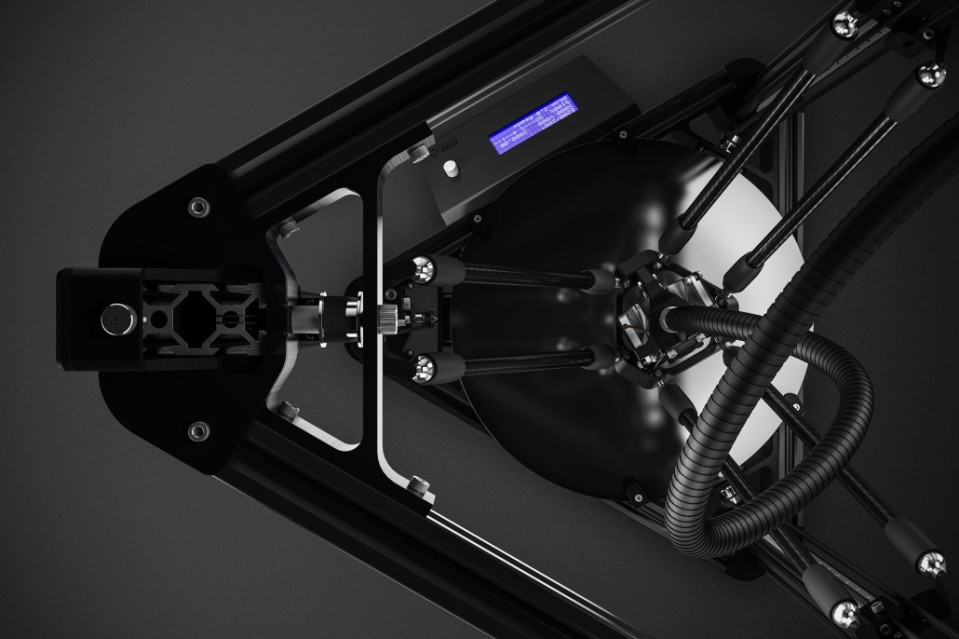 Designed with Makers in mind, the megaAVR powered ATOM 2.0 not only features a single extruder, but its unique modularity allows for users to swap out for double extrusion attachments or a laser engraver. With various conditions and factors meticulously controlled, the consumer-friendly machine print extremely thin layers, so thin that the layers are almost indistinguishable by the eye.

The company has launched a crowdfunding campaign on the Chinese funding site ZecZec, where it has already garnered its initial goal. The ATOM 2.0 is currently priced at $1,599, with the first batch of printers expected to be shipped in May 2015. Interested in one of the sleekest, most comprehensive Delta printers to date? Head over to its official page here.