A nanny was shaken after a man recently hacked into the monitor of the child she was babysitting. While changing the infant’s diaper, the caretaker suddenly heard a man talking to her through the device. 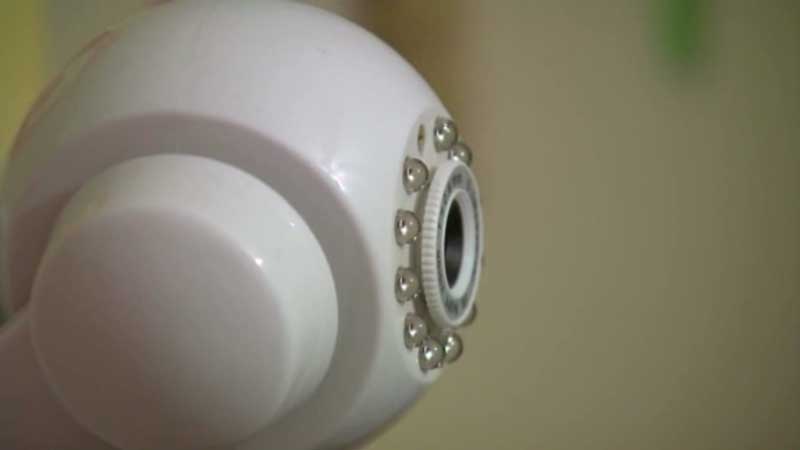 According to reports, the stranger managed to hack into the Houston family’s password-protected Wi-Fi system and take control of the camera in the little girl’s nursery. This isn’t the first (and most likely won’t be the last) incident of its kind. Another family in Texas went through the same ordeal back 2013, when they were startled to hear a man yell through the speaker located inside their two-year-old daughter’s room. And last year, the connected baby monitor belonging to a family in Cincinnati, Ohio was attacked with screams of “Wake up baby!” projected through the intercom.

“I thought it was [Samantha’s] mom and dad playing a joke on me,” the nanny told Houston news station KHOU 11. “I was kind of really freaked out like maybe someone hacked into the camera. He said something else like ‘you should probably password protect your camera.’”

The one-way walkie-talkie baby monitors that parents once used to listen in on their sleeping babies are a thing of the past. Parents today track their children with wireless IP cameras that are configured in nurseries and accessed through their mobile devices. Proven time and time again, systems with these capabilities are exceedingly easy for interested parties to hack when the necessary protection isn’t taken. Security experts have revealed that these Internet-enabled gadgets are ridden with flaws and can easily hijacked by cyber-criminals.

As scenarios such as these continue to arise, it is becoming increasingly clear that embedded system insecurity affects everyone everywhere. Products can be cloned, software copied, systems tampered with and spied on. What’s more, data security is directly linked to how exposed the cryptographic key is to being accessed by unintended parties, much like the instances mentioned above. The best solution to keeping the “secret key secret” is to lock it in protected hardware devices. That is exactly what these cutting-edge security devices do.

As Atmel’s resident security expert Bill Boldt says, “No security? No IoT for you!” Luckily, a new wave of ultra-secure defense mechanisms can thwart off malicious hackers and mitigate future threats. Here’s how.

2 thoughts on “Man startles nanny after hacking into baby monitor”