The Thread Group — an industry alliance chartered with guiding the widespread adoption of Thread, the new IP-based low-power wireless networking protocol designed specifically for the home — has revealed that the consortium has grown to more than 50 members since membership opened up back on October 1, 2014. 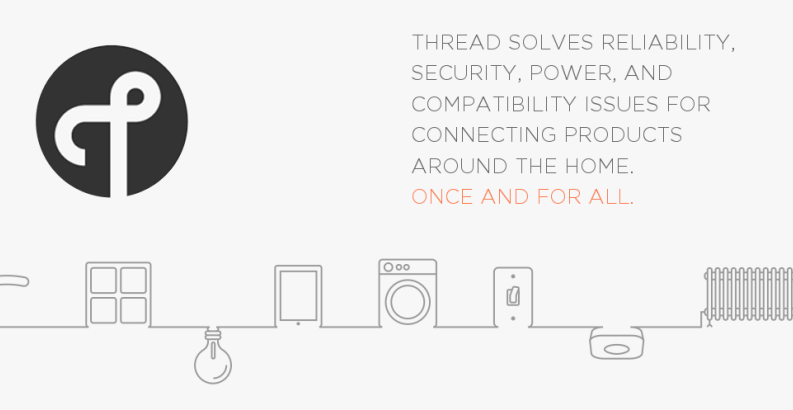 The initiative was launched earlier this year by industry heavyweights Nest, Samsung and ARM to accelerate the adoption of its IPv6-using networking protocol. The announcement followed the formation of the Open Interconnect Consortium, another group backed by major industry players to advocate and help spur development of the Internet of Things.

Aside from its newest members, the Thread Group is now working with UL to manage the process of certifying Thread-based products and Granite River Labs to develop hardware test services, ensuring that developers have the tools necessary to build, test and certify their IoT solutions. The Thread product certification process is expected to be available in the first half of 2015, officials shared in its recent press release.

“In a matter of months, we launched the Thread Group, selected UL to run our product certification lab and on-boarded more than 50 new member companies,” said Chris Boross, president of the Thread Group and technical product marketing manager at Nest. “This momentum paves the way for the first Thread-enabled products in 2015. Additionally, the strong interest in Thread underscores the industry’s excitement for Thread’s benefits and the future of the connected home.”

UL will manage the product certification process, working closely with Granite River Labs to develop the test harness. This combined effort will ensure that product developers have a seamless experience building, testing and certifying Thread-enabled products. Thread product certification is expected to be available in the first half of 2015.

“After a thorough review process, we selected UL because of their strong reputation as a leader in safety testing and validation as well as their wireless testing expertise,” explained Skip Ashton, Thread Group VP of Technology. “With our test house in place, we can start the thorough certification process for Thread-enabled products and enable our members to deliver reliable, interoperable connected devices to homes as quickly as possible. Our priority is to ensure that consumers consistently have a very positive experience with Thread-branded products right out of the box.”

Thread technology was originally designed to bypass the technical roadblocks that have prevented the widespread adoption of the IoT in the home. The IP-based low-power wireless networking protocol enables product developers to create — and consumers to enjoy — products that easily and securely connect to a low-power wireless mesh network, with direct Internet and cloud access for every device.

Using proven standards such as IPv6 technology with 6LoWPAN and standard 802.15.4 radios as its foundation, Thread offers product developers numerous technological advantages over existing wireless standards. Specifically, it gives them a reliable low-power, self-healing, and secure network that makes it simple for people to connect more than 250 devices in the home to each other and to the cloud for easy control and access from anywhere.

2 thoughts on “Thread Group grows to 50-plus members”