Just when we thought the first days of Electronica 2014 would be hard acts to follow, Day 3 surely didn’t disappoint. 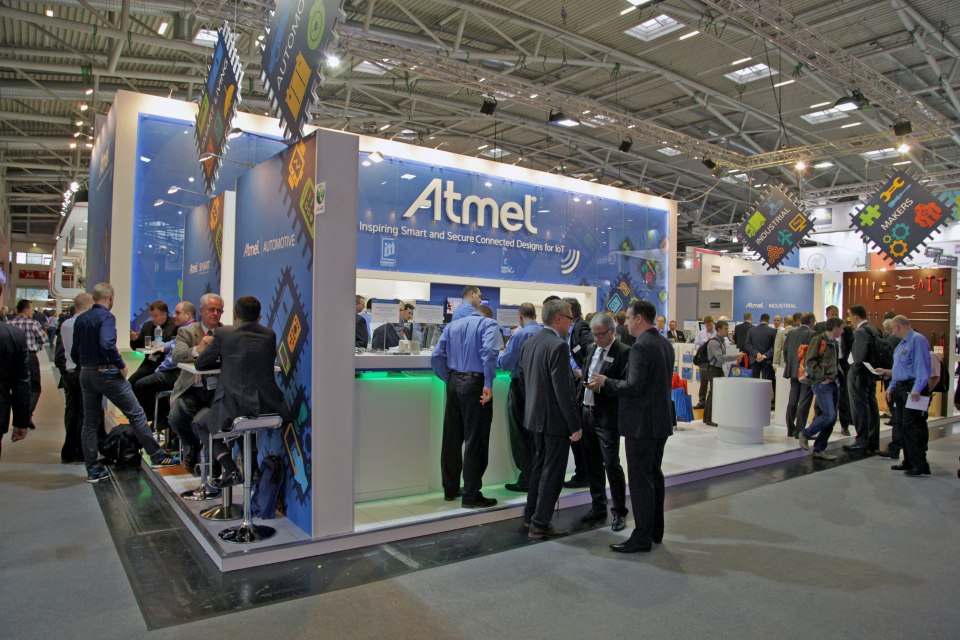 Shortly after the doors of Europe’s largest electronic component show opened, we were treated to a special visit from the embedded community’s favorite superhero… AVR Man!

Headlining the day’s news was our recently extended partnership with IAR Systems. With over over 1,400 new example projects supporting our entire portfolio of world-class MCUs and MPUs, IAR Embedded Workbench will enable developers to bring their Atmel based designs to market faster.

As you can see in the pictures below, Atmel’s various technology areas attracted quite a bit of attention from attendees, particularly the SMART HOME ZONE. Booth-goers flocked a number of home automation demonstrations, including the Atmel | SMART SAMA5D4, as well as the newly-revealed SAM L21 and SmartConnect SAM W25. 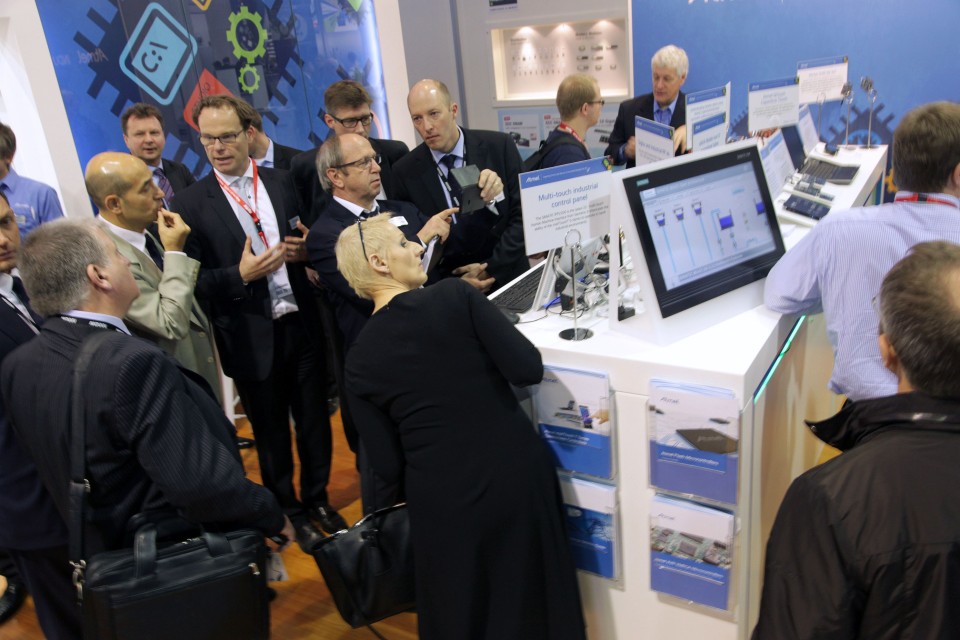 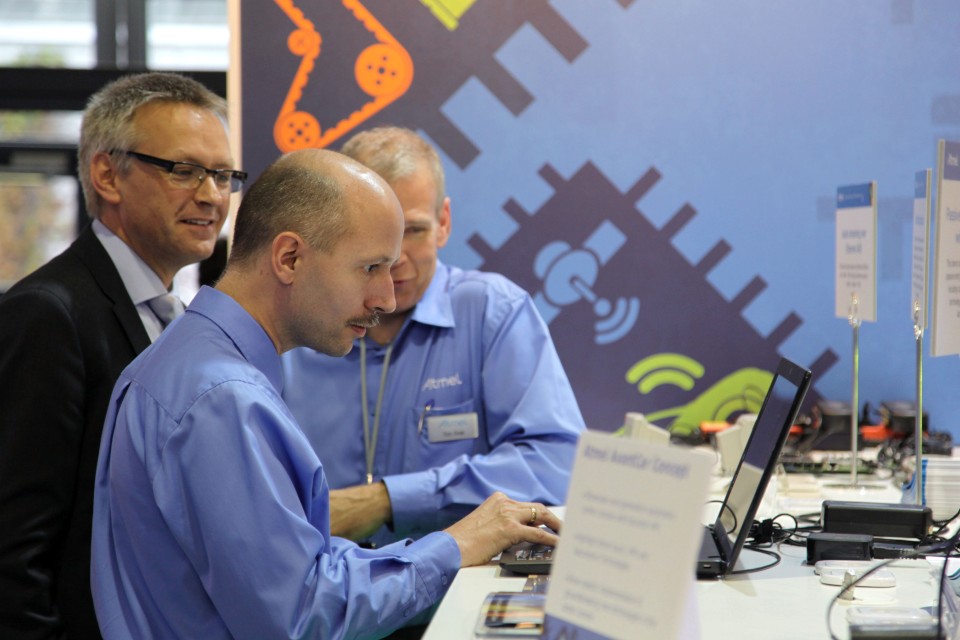 One other smart application that spurred quite a lot of buzz was our Philips Hue demo encompassing an LED colormix bulb, a Philips Lux dimmable bulb and a Philips Tap switch, which showed visitors how to create their own personal wireless lighting environment with a simple tap of a switch or via their mobile device.

With three days in the books, we are eagerly anticipating student day which will certainly draw a number of young Makers to our incredibly popular MAKER ZONE. While we await tomorrow’s festivities, let’s take a look back at some snapshots from Day 3… 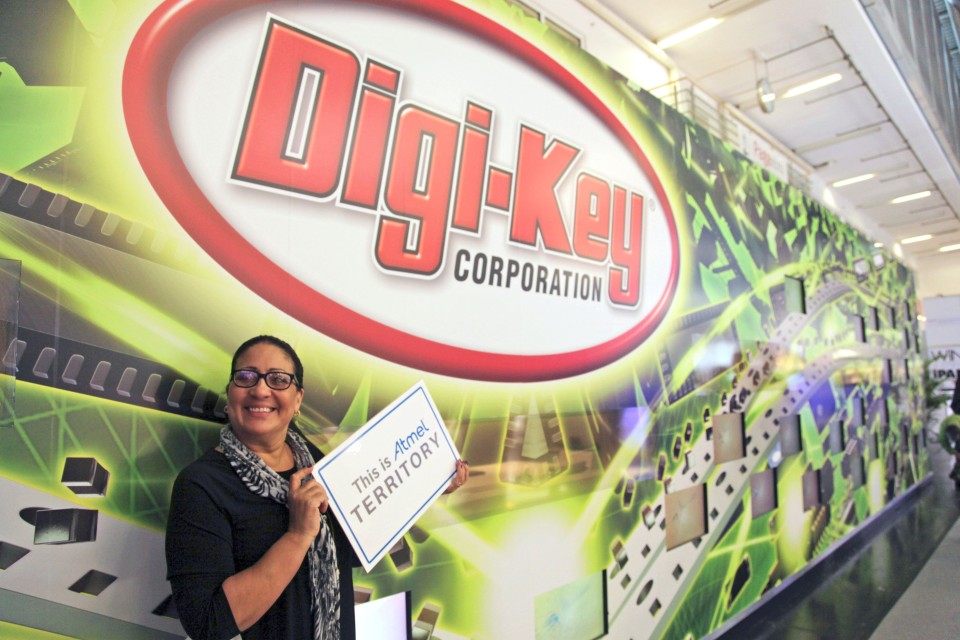 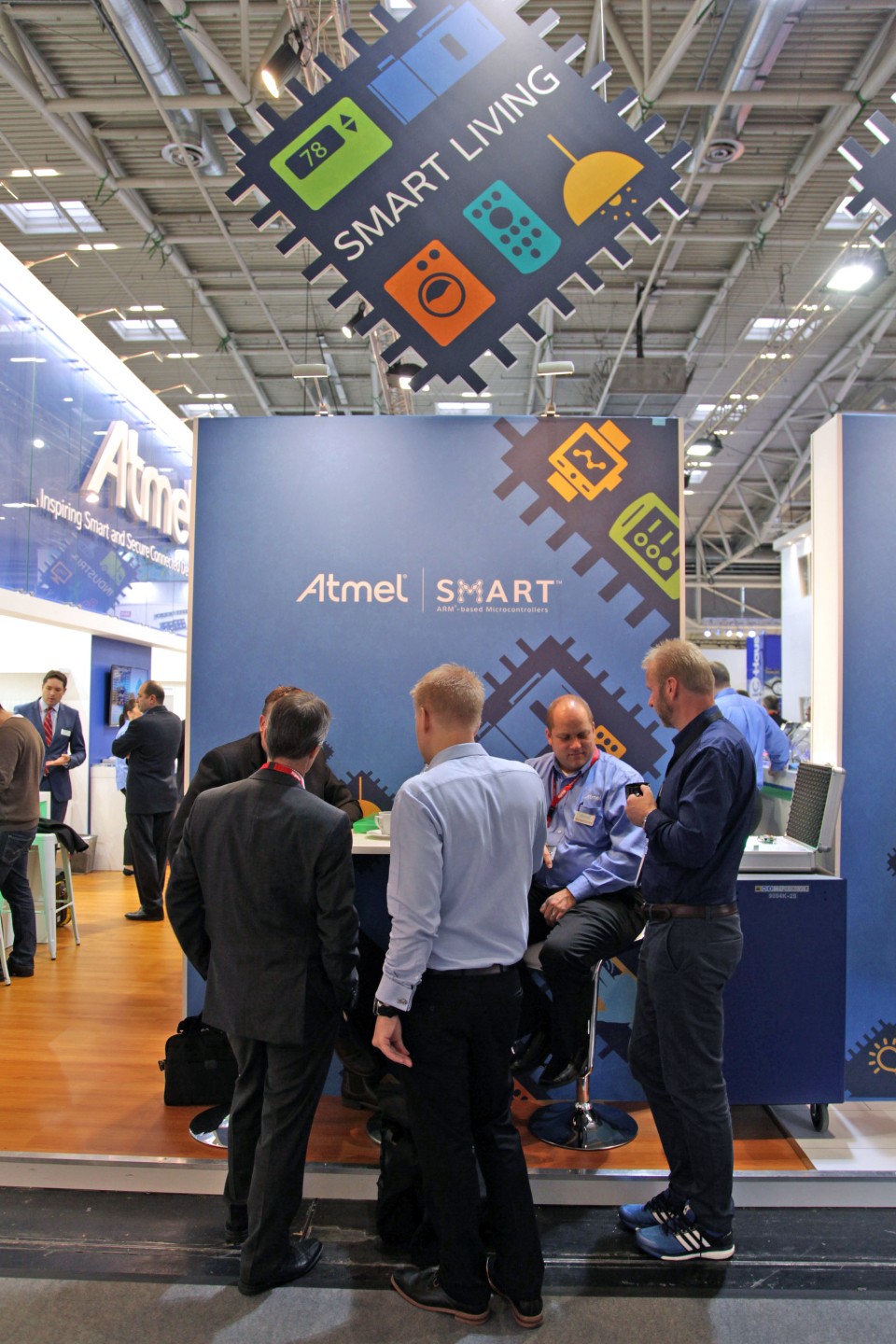 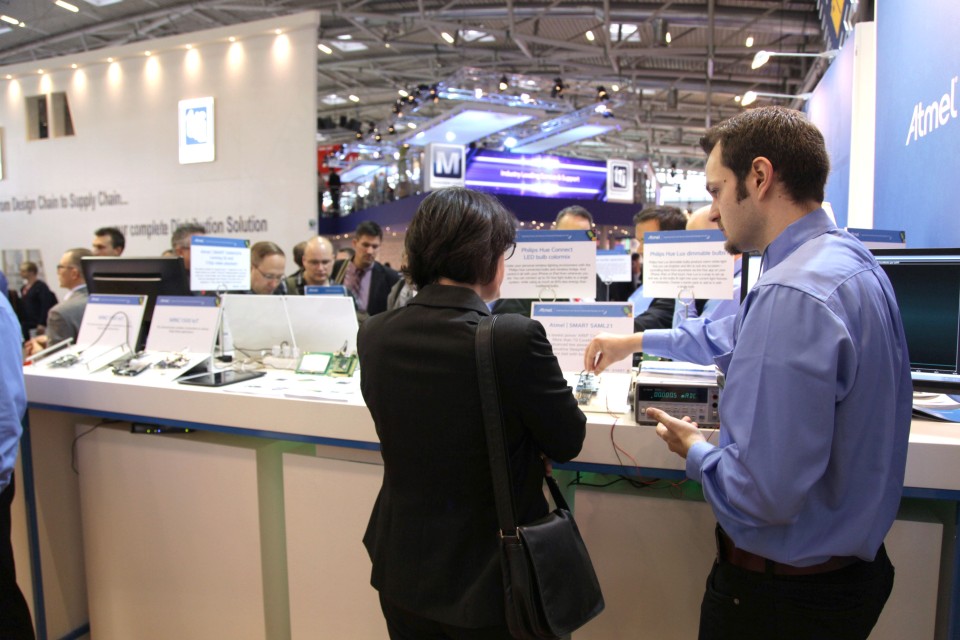 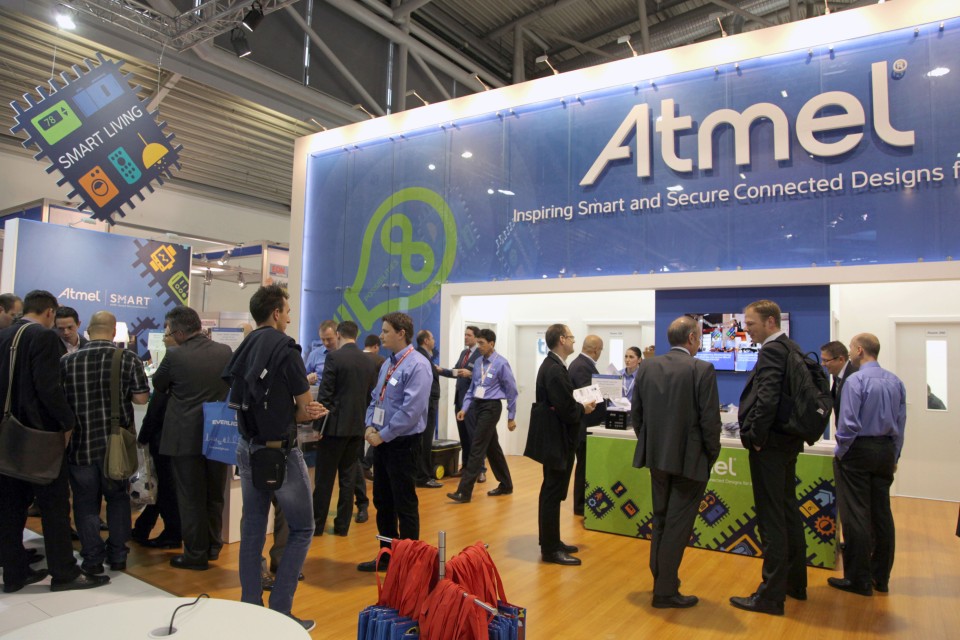 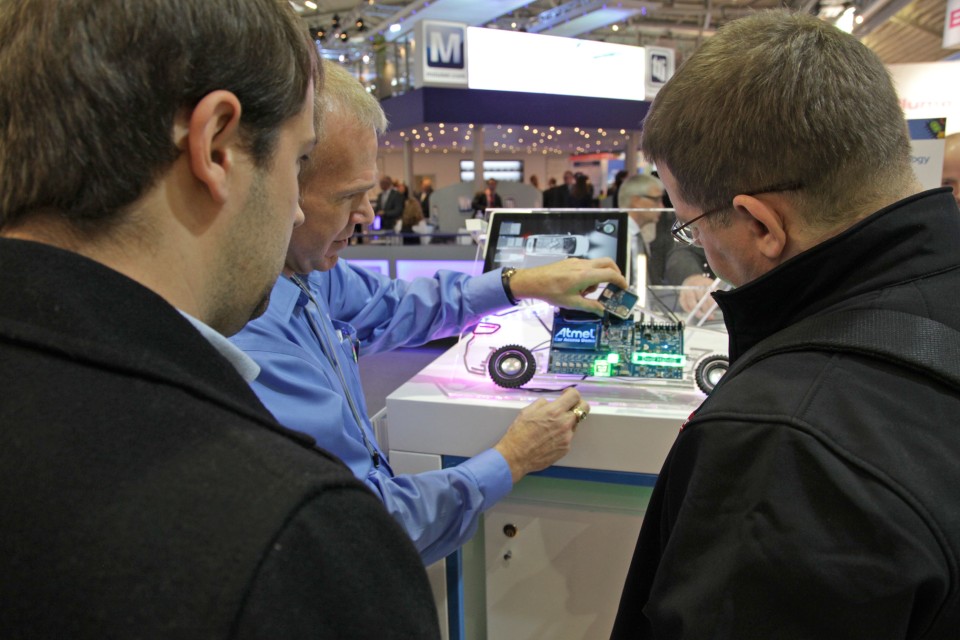